Skip to main content
Photo by madabandon at flickr.com 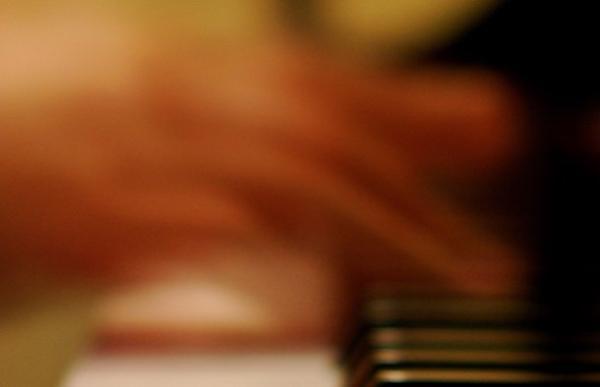 The recent experience of a Daniel Barenboim recital at London’s Royal Festival Hall left Andrew Cameron-Mowat with a new understanding of the “secret of silence”.

I have been playing the piano since the age of five, and the organ from about the age of seventeen, and some of my most cherished memories have been the sound of the last chord of some great piece of organ music dying away as it traverses the length of the nave of a cathedral.  While there are many different ways to interpret the music of the great composers, my teachers were unanimous in stating that the “secret is in the silence”.  Thus there are infinitesimally tiny gaps between notes that can make a huge difference to the effect, such as the taxing semiquavers in Widor’s famous Toccata.  The organ sonatas of J. S. Bach don’t flow properly without tiny moments of release and attack which aren’t actually written in the music but happen instinctively.  The size and shape of the building also has an important effect on the length of the silences that are necessary to bring out the “spirit” of a particular piece.  In any performance the task of the musician is to act as the medium of communication between the composer and the audience.  When the silences are judged perfectly, there is a good chance that the communication will take place successfully.  Silence also has a tremendous significance in worship: there needs to be an interplay between action, voice, music and silence for liturgical prayer to be effective.

Daniel Barenboim, the Argentinian wonder-musician of Jewish extraction, has been performing all 32 of Beethoven’s sonatas in a series of highly praised recitals at the Royal Festival Hall in the past three weeks.  I have been lucky enough to attend three of these, and he ended the series on a brilliantly clear Sunday afternoon with the last sonata, opus 111.  This truly extraordinary piece takes the listener on a journey into the very depths of the meaning of existence.  It is a wonder how the music seems to want to articulate questions and the process of finding answers.  What comes across to me especially in this piece is the struggle between the human desire to know, and God’s desire to assure us that everything will be well.  Written at the time when Beethoven’s world was almost completely silent, he keeps the anger and raging activity in the first movement, where the listener seems to walk in on a one-way conversation with its frequent moments of emotion and frustration.  By the end of the movement things are quietening down and there is a breathtaking transition into the second, in which Beethoven offers up all the skills he has, every craft of counterpoint, melody and rhythm, in an extraordinary series of variations, as if to say to the one who created him: “all I have and possess you have given to me; I now return it. Give me only your love and your grace and I am rich enough.”  There is a sense in the music that nothing is left or held back: Beethoven even resorts to inventing a completely new rhythm not unlike jazz to express his self-offering. It is offered up without bombast, without resentment, without any sense other than “it is all for you”.  As the final movement reaches its close we hear a moment of true peace and consolation: a high and continuous trill that seems not to end, and which descends from the heights of the keyboard down into the middle range where it seems to bless all humanity.

Then, with the most simple cadence imaginable, the music slows and comes to rest.  It was here that Barenboim, in an instinctive act of genius, communicated the composer’s message par excellence: he held still for ten seconds of breath-stopping stillness.  It would be hard to express what was going through the minds of 2,500 people at that particular moment.  What went through mine was to imagine God and the composer reaching out and thanking Mr Barenboim for what he had achieved.  We had all entered into the great silence of Beethoven and found true peace there.  He was saying to us “everything will be well”.