Skip to main content
Photo by Mika Hiironniemi at flickr.com 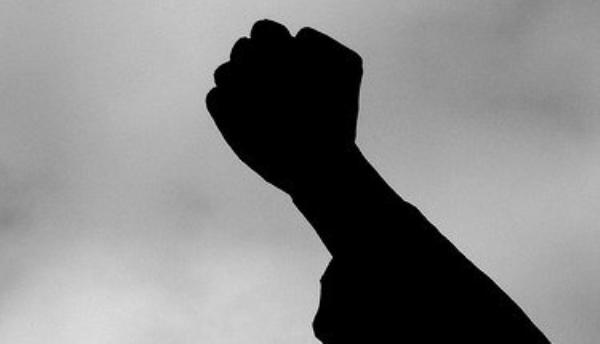 The retirement of Fidel Castro for reasons of ill health after 49 years as President of Cuba, whilst the Presidents of Kenya and Pakistan try to hang on to office, reminds us of an important truth, writes Patrick Riordan SJ: the willingness to let go of power for the sake of the common good is fundamental to democracy – and should not be taken for granted.

Fidel Castro stepped down as President of Cuba this week, aged 81, after 49 years in office. He has been in bad health for some years following a major operation. This event provokes a reflection on the tendency of leaders to cling to power. Perhaps, in settled democratic systems, we assume that the peaceful transition of power is unproblematic, but it is not to be taken for granted.  It does require considerable magnanimity and strength of character on the part of politicians to let go the reins of power. The recent outbreak of violence in Kenya is due to the evident refusal of the incumbent President Mwai Kibaki to accept the verdict of the electorate expressed in a general election. The disintegration of law and order in the country reflects the frustration of those who had relied on the democratic means of the ballot box to change the government. The hope of being able to remove unsatisfactory leaders from power through periodic elections can sustain the willingness of dissatisfied citizens to cooperate with authorities, but when blatant rigging of the ballot shatters that hope, the compliance of a frustrated populace evaporates. The resulting violence in Kenya jeopardizes the country’s chances of uniting a divided population in support of the rule of law.

In other countries too the difficulty of freely relinquishing power leads to tension. In Pakistan, citizens mobilised to persuade General Musharraf to abandon his military role and offer himself for election as a civilian politician. His reluctance to do so led to confrontation with the Supreme Court as he sought a reading of the constitution which would maximize his chances of retaining power. In Myanmar, the Burmese Generals defy popular and international protest to hold on to their power.

In the Philippines, the 1987 Constitution created new limits to the terms of office of the President and other elected leaders. This arose from the experience of the Marcos dictatorship, when a democratically elected president held on to power beyond his term by declaring a state of emergency and martial law. Since 1987 any Philippine president is restricted to a single term of office lasting six years. However, various administrations since then have attempted to break this limit by initiating ‘Charter Change’, a proposal to change the Constitution to give the country a parliamentary system without limits on terms of office. The memory of the abuse of power has remained sufficiently vivid to mobilise resistance to these fairly transparent attempts by those in office to hold on to their positions beyond the set limits.

It is said that when George III heard of George Washington’s announcement that he would step down at the end of his second term as President of the USA, the King declared: ‘If he does that, he will be the greatest man in the world’. The King had no particular affection for the former colonials; indeed, he had deliberately snubbed both Thomas Jefferson and John Adams as envoys of the young republic to the Court of St James. But his admiration would have been warranted, since at that time there were no precedents for an individual in Washington’s position freely relinquishing power. From the perspective of any European monarch the power available to the American president was comparable to that of an Emperor in terms of the vastness of territory and size of population over which his government extended. The personal qualities required for one with so much power to cede it freely marked out George Washington as a great Republican, i.e., one committed to the common good of his country more than to his own ambition.

Washington’s resignation set a precedent for all subsequent American presidents, until the 20th century when Franklin Roosevelt was elected for a fourth term. Even if the special circumstances of the Depression of the 1930s and the Second World War made Roosevelt’s case exceptional, Washington’s good example was made a legal requirement in 1951 in the Twenty-second Amendment to the Constitution, confining all subsequent presidents to two terms. Whether through precedent or constitutional requirement, conforming to the demand to surrender office either when defeated in an election or when the term of office expires requires considerable integrity on the part of a democratic politician.

What is so wonderful about democracy? Why is it recommended to countries which have not known democratic forms of government? Democracy does not guarantee greater efficiency of government. It does not ensure that better decisions are made, or even that there is a better process in the making of decisions. The hopes pinned on democracy as the achievement of a people’s self-rule can quickly be dissipated by the reality of representative government and political parties which pursue sectional interests. The promise of freedom can seem to have been betrayed when democratic political institutions turn out to be powerless in the face of economic, cultural and other forces. The one advantage which remains when all other points in favour of democracy are absent is that it allows the electorate to reject unsatisfactory rulers. Democracy does not guarantee that the best people will be found and chosen for the offices of government; it only assures that the people in power can be removed from office when their term is up.

For this minimal sense of democracy to be effective there must be a reasonable expectation that political leaders will accept the outcome of elections and the constitutional limits on their power. The willingness to leave office when required to do so presupposes qualities of culture and of character which cannot simply be taken for granted. It is evident that a democratic culture should invest in cultivating the relevant qualities and values and support the social contexts in which they are formed.

That power might be laid down willingly is not simply a political and democratic notion. It is profoundly Christian, even if political leaders do not invoke the Christian sources. The celebration of the Incarnation at Christmas is the celebration of the all-powerful Word of God become flesh in a helpless child.  The contemplation of Christ’s passion and death in Holy Week follows the King’s humble arrival on a donkey, to his humiliation in being handed over into the power of others, to his execution as a criminal. The Holy Thursday ritual of the washing of feet reminds us of Christ’s teaching and example of how power should be exercised, in service and love of the other. The feast of Easter proclaims the ultimate vindication of life, arrived at through the acceptance of powerlessness and death. Writing to the Philippians, Paul advised Christians there that they should have the same mind as Christ Jesus in being willing to give way to each other: ‘His state was divine yet he did not cling to his equality with God but emptied himself to assume the condition of a slave…’ (Phil 2: 6-7).

Patrick Riordan SJ is Associate Director of the Heythrop Institute for Religion, Ethics and Public Life.  He is the author of A Politics of the Common Good (Dublin, Institute of Public Administration, 1996).  His new book, A Grammar of the Common Good: How to Make Sense of Globalization, published by Continuum, comes out this summer.

This article was originally published in the Rapid Response series on the web site of the Heythrop Institute for Religion, Ethics and Public Life.

A Politics of the Common Good

A Grammar of the Common Good: How to Make Sense of Globalization

‘Power to the People!’