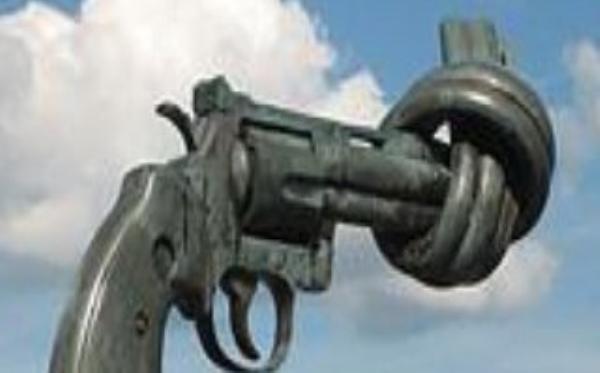 London’s new mayor, Boris Johnson, is promising to focus on crime by promoting 24-hour policing, but security measures alone are an inadequate response to a violence which stems in part from young people’s unsatisfied desire for respect, argues the Heythrop Institute for Religion, Ethics and Public Life.

Boris Johnson, the newly elected mayor of London, has promised to address the problems of youth crime and violence.  Recent stabbings have added to a long list of killings. According to BBC reports, last weekend Lyle Tulloch, 15, became the twelfthteenager to be fatally stabbed or shot in London so far this year.  Each of these instances is a tragedy for a family, a source of suffering and pain for parents and siblings, friends and neighbours.  Whole networks of people are drawn into the horror and grief.  But there are also wider social dimensions which need to be addressed – particularly the desire for respect which lies at the heart of violence.

The social issues can be turned very quickly into political footballs as parties and politicians seek to make political capital out of the headlines. The usual slogans – more police on the streets, tougher sentences, zero tolerance, crack-down on drugs, or knives, or guns – can seem to give a clear direction to policy and so suggest that something is being done. But the reality of the personal and social situations in which the violence occurs is far too complex to allow for effective interventions along these lines. Nobody takes seriously the suggestion that there is any one measure or set of measures which alone can reverse the violent trend. Social policy must be longer-term in its focus, and its success will also depend on success in addressing other other cultural factors.

‘You can achieve so much with a kind word and a smile, but you can achieve so much more with a kind word and a smile, and a gun in your hand!’  This cynical piece of dialogue from a popular Mafia movie carries some folk wisdom. Someone who is unable to get a hearing, who feels he has nothing to contribute which others would want to hear, can command attention when brandishing a weapon. And he is admired by his companions because he dares to confront and break through the inhibitions which hold us all back from harming others. How to command respect, how to receive recognition, to be acknowledged as a force to be reckoned with, how to be someone? This is a desire and a struggle common to all, and young people in adolescence have to negotiate their way to a sense of self-respect and social esteem. Thomas Hobbes (Leviathan, ch.13) and other political philosophers have placed this desire to be respected at the heart of the inclination to violence, and see the contribution of society, once it is secured, as providing the framework for an equality of esteem and respect which allows each one to participate as a valued equal. The crisis of our society is that it fails to provide the framework for equality of esteem for many young people, especially young men.

Because of the dominance of one culture and the seeming marginalization of other cultures, especially of immigrant communities, multiculturalism attempted to assure parity of esteem for the values and convictions of ethnic communities who did not conform to the preponderant liberal norm. This was a valuable and necessary corrective, ensuring respect for the diversity of cultures. It has benefited in particular those communities which are confident of their own values and norms, and which have a distinctive way of life. But multiculturalism has contributed nothing to those people whose traditional culture has crumbled in the face of pressure from the western liberal and consumerist lifestyle. There are of course difficulties of accommodation when a vibrant culture must engage with our liberal secular culture, but in that case there is at least a chance that resources may be drawn from the culture of origin to enable people to make their way in the culture of adoption. But where there is no living culture of origin with distinctive values and norms to draw on, young people can find themselves at a loss.

Without other standards of human flourishing to counteract those communicated on billboards and in advertising, the young members of some communities are deprived of all sources of self-esteem and respect. Unable to hope for those signs of success which the consumerist environment holds up for our emulation, young men in particular can be without resources to resist the message given them daily that they are failures, nonentities, nothing. The consumerist culture constantly proclaims: “If you’ve got the car, you’re someone; if you’ve got the clothes, you’re someone; if you’ve got the gear, be it phone or ipod or DVD player, you’ve made it”. “With none of those,” the loud message proclaims, “you are nobody”. This is one of the aspects forming the background to violence in our society which must be addressed.  And there is no quick-fix answer. The counter-cultural styles which challenge the dominant consumerist culture may be counterproductive in fact, because they are parasitic on what they criticise, and the suggested alternative is illusory.  How can our society in this city say to every individual, in a language which is unmistakeable and can be heard, “you are recognized, valued, and respected”?  The message must be loud enough to override the other constant message, “you are nobody, so how could we recognize you, respect you?”

Hobbes thought that the establishment of strong government with effective power would be sufficient to secure a civil society in which each one might enjoy respect on equal terms with their neighbours. The contemporary version of this aspiration is 24-hour policing. Of course it is appropriate to have adequate policing to ensure public order. But it is inconceivable that it might also secure the framework for equality of esteem among vulnerable young men. The State’s assertion of its strength is not going to help them feel respected. If anything, the consequent intimidation will merely reinforce the sense of incompetence and vulnerability and that will feed ultimately into more violence. We need other strategies apart from more and tougher security measures.

St Henry Morse SJ: ‘A saviour of life unto life’
Alfred Delp: committed to Christ
Persepolis
‘The Fight Between Carnival and Lent’
Ignatius and the Stars