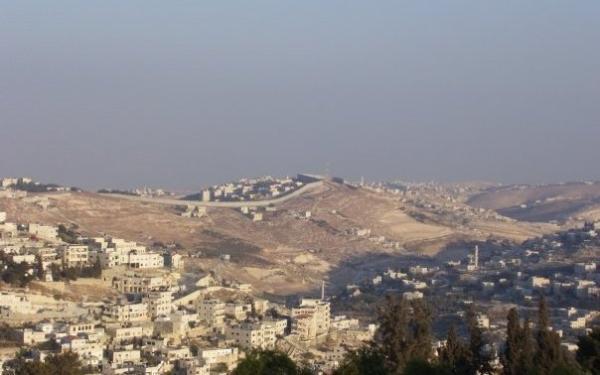 Following a recent meeting of the International Young Leaders Network in the Holy Land, Ginny Wilmhoff recounts the narratives of the people and places she encountered in the conflict-ridden region, and describes life as she saw it on both sides of the barrier.

The International Young Leaders Network (IYLN) colloquium in Israel was a pilgrimage but not in the conventional sense. IYLN is a leadership program for young adults ages 18 to 33 hoping to make a difference in the world with faith as their guide. Even though we did visit holy sites, the colloquium focused upon the political, ideological, and cultural conflicts of this modern nation state.  A pilgrimage is not generally comprised of these activities, but I found that a pilgrimage is really a journey of faith with others. Our colloquium became a pilgrimage for me as we explored the many and conflicting narratives of Israeli society as a community of faith.

One of the first narratives with which we were presented was Zionism. Zionism is the founding ideology of the Israeli state and is evident throughout Israel. It is the belief that a Jewish state is necessary in the Holy Land in order to preserve the existence of the Jewish people. Zionism was most evident for me at the Holocaust History Museum in the New Museum run by Yad Vashem, the Holocaust Martyrs' and Heroes' Remembrance Authority, in Jerusalem. As I walked into the museum, I entered a tunnel. On either side of this tunnel, one can explore exhibits depicting the destruction of lives during the Holocaust. Each time that I walked back into the tunnel from an exhibit, it felt like a prison; I was trapped in the world of violence and destruction that was present in early twentieth century Europe. As I left the museum, though, the tunnel opened out to a view of the Jerusalem hills. The museum left me with the message that the Jews should no longer fear the hatred of the world because they have a homeland, Israel. Although I do not agree with Zionism, I found it difficult not to sympathize with the Jewish people after visiting the Holocaust History Museum.

Yet, when the State of Israel was created, Arabs lived in Palestine, and they also called for their own nation; many were displaced through the creation of the Jewish state, and the Palestinians today claim that the state of Israel has discriminated against and persecuted them. The Palestinian narrative was illustrated for us through a visit to the University of Bethlehem. It was founded by the De La Salle Christian Brothers in 1973 to provide a university education to residents of the West Bank. As we explored the university's grounds, we encountered members of the student government commemorating the life of a recently-killed Palestinian boy. They were yelling loudly, seemingly against the injustice of his death. Then we received an explanation of the Israeli “occupation” of the West Bank from our guide. We had expected an ordinary tour of the university, but the university guide showed us a UN map, depicting the barrier constructed by the Israeli government. In many places, it moves far away from the Green Line, the 1948 temporary border between the West Bank and Israel, and into West Bank territory and this barrier often surrounds Jewish settlements. Our guide was adamant that we see this barrier not as a security measure but as a form of occupation and suppression against the Palestinians. The International Court of Justice has ruled that it does violate international law, but Israel has refused to take it down. Our guide insisted that we call it a “wall” and not a “fence” as the Israelis call it. Finally, we were taken to a vantage point overlooking Bethlehem. Our guide pointed to a Jewish settlement being constructed near Bethlehem in West Bank territory. It felt as if we were not on a university tour but on a guided tour of the Israeli occupation.

These two narratives are conflicting. One presents Israel as the land of the Jews while the other presents it as the land of the Palestinians. One sees Palestinians as a source of terrorism and the other sees the Israeli Defence Force as occupiers. As we explored these narratives deeper, my head and heart became conflicted. We visited the borders with Lebanon and Syria, and we saw that tensions still exist between Israel and these two nations. We heard of the threat of Islamist terrorism from the Palestinian territories. We also saw, though, the pain and frustration of the Palestinians. As we stood by the barrier constructed by the Israelis in Bethlehem, one could see the graphic manifestation of the Palestinians' frustration. Graffiti was scrawled all over the wall: “End the Occupation”; “I didn't ask to be Palestinian [I] just got lucky”; and “I want my ball back.” Just as I had felt like a prisoner in the Holocaust History Museum, I felt like a prisoner in Bethlehem. The narratives presented by the two people were powerful and persuasive each in their own way.

These are not the only two narratives we encountered, though. In Israel, there are Arab Israelis, Muslims and Christians, of different political persuasions. Some balk at being Israeli while others accept it, attempting to live peacefully within Israel. There are Jewish settlers living in the West Bank. There are the Druze, an ethnic and religious minority living in Israel, some of whom serve in the Israeli Defence Force. There are religious Jews and non-religious Jews, Jews on the far right, on the far left, and in the middle. These are just some of the many communities that live within Israel, so the conflict is not solely between Jewish Israelis and Muslim Palestinians.

Some individuals, though, are celebrating their narratives as unique and not as conflicting. We met the director of the Arab Israeli Umm el-Fahim Art Gallery, Abu Shakra Said. The gallery has worked hard to preserve the history of the Wadi Ara region from 1903 to 2008 by collecting photographs. The most poignant room in the gallery was constructed like an Arab living room with low seats around all four walls. The walls contained pictures taken of Arab elders in their living rooms. Each elder had been interviewed in order to gather the personal stories of these people before they were lost forever. I could see that this gallery was doing something constructive for the Arab people living in this region. These Arab Israelis were not constructing a conflicting narrative but were building a unique narrative within the fabric of Israeli society.

Some are not only presenting their narratives as unique but also attempting to bring some of these stories together. We visited the school of Gesher al HaWadi in Kfar Kara. In 2004, a group of parents partnered with the Hand in Hand Centre for Jewish-Arab Education, an organization which develops bi-lingual and multi-cultural schools in Israel. They opened the school in response to the violence in the Wadi Ara region in the early 2000s. Both Jewish and Arabic children attend the school, and they all learn Arabic and Hebrew. The name of the school is even bi-lingual; it is a combination of the Hebrew word for bridge, “Gesher,” and the Arabic word for valley, “Wadi.” Therefore, the school is meant to be a bridge between the two peoples. It is an opportunity for children to learn about cultures different to their own, and to learn how to work together.

Experiencing these narratives together was a pilgrimage in itself for our group. I have rarely met people of faith and of my own age who are as intelligent and committed to serving society as the ones I have met in the International Young Leaders Network. We all come from widely different backgrounds and political and religious persuasions, but through the colloquium we were able to connect with one another. We did not lay our differences aside but faced them head-on in an open and honest fashion. In the post-modern societies of the Western world, it is easy to stay in small enclaves of like-mindedness, but it is rare to confront some of the issues that keep peoples apart. In IYLN, I have found a rare kind of community where relationships are built through confronting differences. Narratives will always conflict with one another, but by recognising the dignity of the human person, those differences can be confronted.

Similarly, our group faced the problems of the region head on. We did not put them aside but probed deeper and deeper into its difficulties. What I discovered was that easy solutions do not exist. Besides the physical barrier set up by the Israeli state, many other political, cultural, and religious barriers exist to keep peoples apart and narratives in conflict. I saw signs, though, that small groups of people are attempting to bridge the gaps between narratives, to honour the experiences of different peoples, and to face conflicts together. I am not naïve enough to believe that the conflicts in Israel will be resolved quickly, but the small signs I saw gave me hope that God can work through the relationships being formed there.


Ginny Wilmhoff is a graduate student in theology, on leave from a Master of Arts degree at the University of Toronto.  She is currently volunteering with Kateri House in Prince Albert, Saskatchewan.
The International Young Leaders Network is an initiative of Blackfriars Hall at the University of Oxford, and is organised jointly with The Epiphany Trust and the Von Hugel Institute at St Edmund's College, University of Cambridge.