Skip to main content
Photo by Pip_Wilson at flickr.com 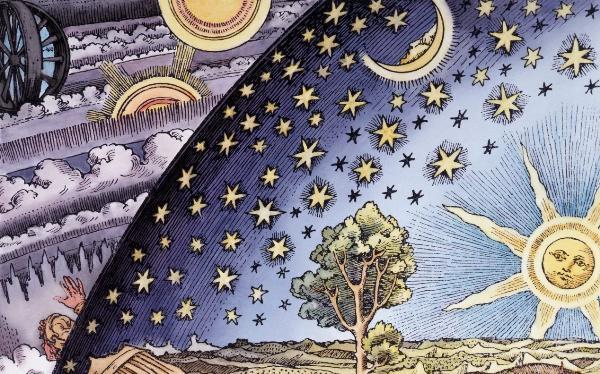 The debate regarding the teaching of creationism as an alternative to evolution has recently been re-ignited in the British and American education systems.  However, evolution is not the atheistic worldview that it is often thought to be, argues George Coyne SJ.  In fact, reflecting on our role in an evolutionary universe can help us to deepen our faith.

Evolution as a scientific explanation of origins is often viewed as atheistic.

Science, by its very methodology, is completely neutral with respect to religious considerations. But if one does believe in God, creator of the universe, can scientific knowledge be helpful in supporting and nurturing that belief?

I would like to discuss how a believing scientist like myself views, based on scientific knowledge, the nature of God and the nature of the human being. Such knowledge is basic to any discussion of faith, and I hope such knowledge complements that derived from philosophy and theology. Several criteria exist to determine the veracity of scientific theories, such as predictability, repeatability of experiments, simplicity or economy of explanation.   There is, however, a growing awareness among scientists of another criterion: “unifying explanatory power” – not only are the observations at hand explained, but the attempt to understand is also in harmony with all else that we know, even with that which we know outside of the natural sciences.

It is this idea of unifying explanatory power that I would like to discuss, since it extends the epistemological nature of the natural sciences towards the realm of other disciplines such as religious thought, and therefore provides a basis for discussing such issues as faith and justice in Ignatian spirituality. This criterion is nothing else than a call for the unification of our knowledge. One could hardly be opposed to that. The problem arises with the application of this criterion. When is the unification not truly unifying but rather an adulteration of knowledge obtained by one discipline with the presuppositions inherent in another discipline? History is full of examples of such adulterations. Newton, for instance, argued from the universal law of gravity which he discovered, that nature exhibits a number of mechanical phenomena for which no scientific explanation could be found. He therefore constructed an argument for the existence of God whose direct intervention would explain the gaps in the scientific discourse. But within a bit more than a century, Laplace found just such scientific explanations within Newtonian mechanics itself. The gap that Newton’s God had filled no longer existed. So out went God! It is because of such adulterations as this that scientists have always hesitated to make use of this criterion of unification of our knowledge. And yet, if applied cautiously, it can be a most creative one for the advancement of our knowledge.

The supposition is that there is a universal basis for our understanding and, since that basis cannot be self-contradictory, the understanding we have from one discipline should complement that which we have from all other disciplines. One is most faithful to one’s own discipline, be it the natural sciences, the social sciences, philosophy, literature, religious thought etc., if one accepts this universal basis. This means in practice that, while remaining faithful to the strict truth criteria of one’s own discipline, we are open to accept the truth value of the conclusions of other disciplines. And this acceptance must not only be passive, in the sense that we do not deny those conclusions, but also active, in the sense that we integrate those conclusions into the conclusions derived from our own proper discipline.

So, what do we know in this regard from the sciences? It is clear from all of the sciences, including geology, molecular biology, paleontology, comparative anatomy, cosmology and others, that evolution is an intrinsic and proper characteristic of the universe. Neither the universe as a whole nor any of its ingredients can be understood except in terms of evolution. We human beings came to be through evolution, and evolution is a daily happening. As the universe expanded from the Big Bang and evolved, stars were born and stars died. Since stars are born and sustain themselves by creating a thermonuclear furnace whereby light elements are continuously converted into heavier elements, when they die the stars pour out to the universe these heavier elements. And then a second generation of stars is born, not now of pure hydrogen but of the enriched chemistry of the universe. The universe is being continuously enriched with heavier elements. This process continued until, through increasingly complex chemical combinations, the human being came to be. Our sun is a third generation star, and we are literally born of stardust.

This process of being generated by and living with the universe continues every moment of our lives. We are constantly exchanging atoms with the total reservoir of atoms in the universe. Each year 98 percent of the atoms in our bodies are renewed. Each time we breathe we take in billions and billions of atoms recycled by the rest of breathing organisms during the past few weeks. Nothing in my genes was present a year ago. It is all new, regenerated from the available energy and matter in the universe. My skin is renewed each month and my liver each six weeks. Human beings are among the most recycled beings in the universe.

All that I have presented thus far about the evolution in the universe of complex organisms, including ourselves, has occurred by natural processes intrinsic to a universe that is about 14 billion years old and contains about 1022 stars. But what relevance does all of this scientific knowledge have to our relationship to God and to faith?

The religious believer is tempted by science to make God the “explanation.” We bring God in to try to explain things that we cannot otherwise explain.  “How did the universe begin?” “How did we come to be?”  We latch onto God, especially if we do not feel that we have a good and reasonable scientific explanation.  He is brought in as the Great God of the Gaps. I have never come to believe in God by proving God’s existence through anything like a scientific process. God is not found as the conclusion of a rational process like that.  I believe in God because God gave himself to me. That was not a miracle. It does make sense that there is a personal God who deals with me and loves me and who has given himself to me. I have never come to love God or God to love me because of any of these reasoning processes.  I have come to love God because I have accepted the fact that he first made the move towards me. This is what faith is, a personal relationship of love with God, and it must be the source of our pursuit of justice.

Although God transcends the universe, he is working in it through his providence and continuous creation. This stress on God’s immanence is not to place a limitation upon God. Far from it. It reveals a God who made a universe that has within it, through evolution, a certain dynamism, as seen by science, and thus participates in the very creativity of God. God emptied himself so that he could share his infinite love with his creation.  Such a view of God’s relationship to his creation can be found in early Christian writings, especially in those of St. Augustine in his comments on Genesis.

If they respect the results of modern science, religious believers must move away from the notion of a dictator God, a Newtonian God who made the universe as a watch that ticks along regularly. Perhaps God should be seen more as a parent or as one who speaks encouraging and sustaining words. Scripture is very rich in these thoughts.  It presents, indeed anthropomorphically, a God who gets angry, who disciplines, a God who nurtures the universe.  Theologians already possess the concept of God’s continuous creation. To explore modern science with this notion of continuous creation and of God’s emptying of himself would be an enriching experience for theologians and religious believers.  God is working with the universe.  The universe has a certain vitality of its own like a child does. It has the ability to respond to words of endearment and encouragement. You discipline a child, but you also try to preserve and enrich the individual character of the child and its own passion for life. A parent must allow the child to grow into adulthood, to come to make its own choices, to go on its own way in life. Words that give life are richer than mere commands or information. In such a way does God deal with the universe.

This view of the evolutionary universe and our place in it, derived from the sciences and of God’s role in the universe, derived from the reflections of a religious believer upon that same science, may help us in a further understanding of faith. We share in the creativity that God desired the universe to have. I have not spoken above of the spiritual nature of the human being because that cannot be an object of scientific research. But the reflections of a religious believer upon the nature of God and his relationship to the universe bring us to a recognition of our spirituality. Such reflections are themselves an exercise of that spirituality.

Ultimately, reflections upon our scientific knowledge of the universe bring us to a recognition of our role as co-creators, so to speak, in God’s continuous creation of the universe.


George Coyne, SJ, is associate pastor at St. Raphael the Archangel Church in Raleigh, North Carolina, USA. He was formerly director of the Vatican Observatory.

This article was originally published in the Spring 2007 issue of Ignatian Imprints, the magazine of the Maryland Province Jesuits.

Astronomy, God and the Search for Elegance