Skip to main content
Photo by bernardoh at flickr.com 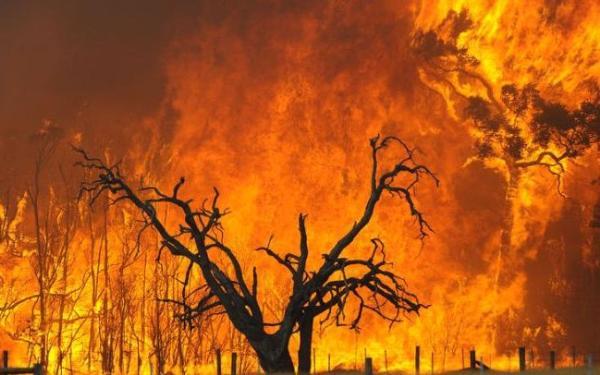 The bushfires in south eastern Australia this month have claimed the lives of over 200 people.  On Ash Wednesday, the anniversary of the 1983 fires in the same region, Beth Crisp discusses why the widespread need to attribute blame for the recent tragedy is so problematic, and looks at how the affected communities are seeking to rebuild their futures.

That there were widespread bushfires this summer was of little surprise to many Victorians.  As I wintered in London, people often assumed I would rather be home enjoying the sunshine.  Inevitably my response would be that Victoria had endured several years of drought, was experiencing summer temperatures much higher than might usually be expected and consequently there was a high risk of fire.  Unfortunately, the recent Black Saturday fires of 7 February proved my prediction correct.  And it would be the smell of smoke in the air, which would make the first impression on my senses as I arrived at Melbourne’s Tullamarine airport a few days later, as I made my way home to a state and country still trying to come to terms with the consequences of the destruction already wreaked upon the land and its people, and in some areas remain on alert as the fires continue to burn.

In the days after the fire, I found myself remembering the phrase ‘sun, moon, fire, water, wood, metal, earth’ which as a schoolgirl I had learnt some decades ago to remind us which character was associated with each of the days of the week in the Japanese language.  The implicit lesson was that these were elements to be reverenced, all of which, with the possible exception of the moon, had great potential for good, but equally for destruction.  Although fire has amazing properties, an assumption that fire is essentially good is difficult to assent to in the weeks following the deaths of more than 200 Victorians, the destruction of countless homes and community assets across the state, and with the towns of Kinglake, Narbethong and Marysville no longer effectively in existence.  At the height of the fires, an area of some 3000 km2 was on fire or on high alert.  Unless there are heavy rains, some fires in remote areas may continue to burn for weeks.

Many of the Black Saturday fires occurred in areas just beyond the Melbourne Metropolitan Area, in areas well known to many Victorians.  Unlike some previous fires in more remote areas, few people I know didn’t know someone who was not affected by these latest fires.  And even if we didn’t know the residents of some of the burnt out towns, I’ve heard many people reminiscing about their visits to what were some very beautiful areas but which now are sites of devastation.  From a human perspective, the initial response to fires such as those of Black Saturday is that they bring nothing but destruction.  However, some plants in the Australian bush need the intense heat generated by fire to open seed pods and facilitate new growth.  So while it might be months or years to rebuild homes and community facilities, the forests will begin the task of regeneration almost immediately.

While the recent fires resulted in the greatest loss of life Australia has ever experienced in a single tragedy, this is not the first time south eastern Australia has witnessed substantial losses of life and property as a result of bushfires.  The previous highest death toll was 75 on Ash Wednesday 1983 and more than a quarter of a century later, the smell of ash and the colour of the skies of that night is still imprinted deep within for many, even those of us who were many miles from the flames of that night.  Living in Victoria where for many people Ash Wednesday means fire and destruction, the notion that as Christians we choose to display ashes on our foreheads that day as a sign of hope, must seem quite contradictory to some members of the community.

At a time when many Victorians are still trying to come to terms with what has happened, and in many cases, to grapple with all the ambivalences within us which the Black Saturday fires have highlighted, the question of blame is discussed widely in both public and private forums.  Shortly after the onset of the fires came the first suggestion that the cause of the fires was arson.  This suggestion was rapidly latched onto by many around me, and I found myself quite disturbed at the need of many people to find someone who could be blamed for the tragedy.  Although there is little doubt that arson might account for some of the many Black Saturday fires, human error and the fact that some parts of Victoria had their hottest recorded day no doubt also contributed to the development, if not the initial lighting of some fires.  Electricity authorities are now being blamed for some fires which may have ignited as a result of fallen transmission lines, as are the fire authorities for their advice on how people should respond to oncoming fires.  Elsewhere, I hear suggestions that some towns might have been made safer had there been firebreaks created around towns instead of allowing towns to nestle in their bushland environs.  Much of this talk however is speculation, proffered by members of the public who are not experts in determining the causes of fire.  Nevertheless, it seems that everyone has an opinion, and it will be interesting to see the findings of the Royal Commission called by the State Government to establish the cause of the fires and report on whether alternative responses to the fire scenario would have resulted in fewer losses.

One suggestion, which it is most unlikely that the Royal Commission will include in its findings as to the reasons for the Black Saturday tragedy, is that of the appositely named Catch the Fires Ministries Inc (CTFM).  CTFM leader Pastor Danny Nalliah issued a press release in which he claimed the fires were God’s rebuke for the recent liberalisation of abortion laws.  In this press release we learn that Nalliah had a dream last year, around the time the Decriminalisation of Abortion Bill went through the Victorian Parliament, about which he has written:

In my dream I saw fire everywhere with flames burning very high and uncontrollably.  With this I woke up from my dream with the interpretation as the following words came to me in a flash from the Spirit of God.
That His conditional protection has been removed from the nation of Australia, in particular Victoria, for approving the slaughter of innocent children in the womb…
Can we stop the fires?  Yes we can!  But it will take God’s children to rally together and cry unto Him as in 2 Chronicles 7:14 (The Holy Bible).  We at CTFM have seen this happen several times in the past in Australia … (www.catchthefire.com.au)

Although there has been some support for Nalliah’s stance, many of Australia’s Christians have been appalled by the CTFM’s attribution of blame for the fires on a vengeful God.  While tragedy may have Christians asking how God can allow terrible things to happen, I’m not sure that many people want to believe in a wrathful God.  I for one, believe in a merciful God who loves us despite our imperfections, and who practices forgiveness rather than vengeance.  My guess is that many of Australia’s Christians would feel likewise.

Irrespective of why they believed Victoria suffered such devastation recently, the generosity shown towards those who lost much in the Black Saturday fires has been astounding.  Collection points for material aid have sprung up right across the community and key welfare agencies are coordinating monetary donations.  For some recipients, particularly those who have been brought up to look after themselves, accepting the abounding generosity of strangers may be among the challenges to be faced in the coming weeks and months.

Black Saturday kindled many other fires among Victorians: some of which – like generosity – one would want to kindle; others, like the need to blame, have felt much less desirable.  It is certainly a tale of devastation, but the overwhelming mood of the community is that while there are major setbacks for individuals and communities, there is a future to be grasped.  And as we begin Lent, sometimes it seems as if we have already been visited by the hope of resurrection, celebrated by the Church at Easter.

Beth R Crisp is Associate Professor of Social Work at Deakin University in Victoria, Australia and was recently a visiting fellow at Heythrop College, University of London.

Christian Philosophy in the Early Church