Skip to main content
Photo by jimforest at flickr.com 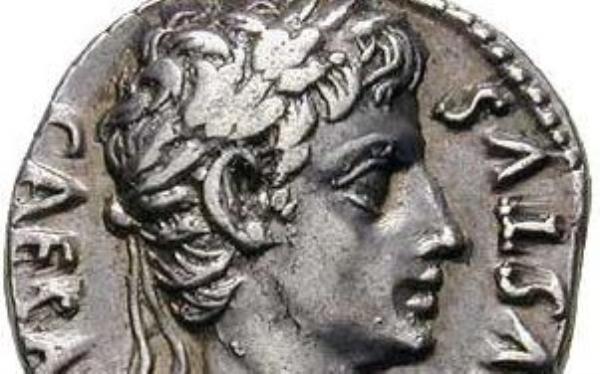 Some passages in the New Testament, even those with which we might be very familiar, can pose difficulties to our understanding – we can sometimes feel like we are not ‘getting the point’.  In a weekly series for August, Fr Jack Mahoney SJ aims to shed some light on four such passages, beginning with one of the best known of Jesus’ sayings.

That we should give to Caesar what is Caesar’s and to God what is God’s is one of the best known and yet perhaps one of the least understood of Jesus’ sayings. The gospel setting (Mk 12:13-17) shows Jesus’ opponents trying to manoeuvre him into a corner by asking him the controversial question of whether the Jews were allowed, by their law, to pay taxes to the Roman power that occupied their country: their aim was to trap him. If Jesus replied that they should pay the Roman tax, he would be accused of betraying his people and collaborating with their enemy. On the other hand, if he replied that they should not pay the tax, he would be denounced to the Romans as a troublesome rebel. (In his trial before the Sanhedrin Jesus was accused of forbidding people to pay taxes to the emperor [Lk 23:2]).

The gospel tells us that Jesus was well aware of what his opponents were up to, and knew how to handle them. The annual poll tax on all adults was one denarius, equivalent to a day’s wages, and it had to be paid in Roman coinage. So Jesus asked his enemies to show him a tribute coin. (Years ago I had charge of a collection of ancient coins, including some small silver denarii dating from the reign of the Emperor Tiberius, and I occasionally fantasised whether one of them might be the actual Roman denarius handled by Jesus!) When they had handed one to him, he asked his enemies whose head and title were on the coin, and they had to reply that it was Caesar’s. Whereupon Jesus said, ‘well, then, if it’s Caesar’s, give it back to Caesar. And give to God what belongs to God.’ We are told that his enemies went away baffled, because, in modern colloquial terms, there was no answer to that.

Many people have understood Jesus in this passage as making a distinction between two spheres: one sphere relating to Caesar and the matters of this world, and the other sphere relating to God and matters of God’s world, with the conclusion that we should recognise and respect what belongs to each sphere. We are to respect the secular, or civil, sphere of society in its own right (render to Caesar what belongs to Caesar), but we must also bear in mind our duty to obey God in the religious, or sacred, sphere.

In the course of history the relationship between these two spheres has been very differently understood and has on occasion created serious tension. Baroness Shirley Williams wrote a book entitled God and Caesar (Continuum 2003), and from the title it was immediately evident what the book was about: how political issues interact with religious or moral considerations. Some people have come to consider the secular sphere as absolute and the State as totalitarian, justified in laying down the law even in matters of religion and worship. However, the objection to this claim has always been the rider which Jesus added, that we must also give God what belongs to God, recalling the claim of Peter and the apostles when they were ordered to stop preaching about Jesus: ‘We must obey God rather than any human authority’ (Acts 5:29).

Other people have seen this saying of Jesus as supporting a strict separation between the religious and the civil spheres, or between Church and State, such as was introduced into the American Constitution, with its founders decreeing that ‘Congress shall make no law respecting an establishment of religion, or prohibiting the free exercise thereof.’ Interestingly, during his visit to the United States in 2008, Pope Benedict praised this American separation for the way in which ‘historically, not only Catholics, but all believers have found here the freedom to worship God in accordance with the dictates of their conscience, while at the same time being accepted as part of a commonwealth in which each individual and group can make its voice heard’. Others again have regarded God’s sphere, or the Church’s rule, as absolute, leading to a theocracy which leaves no scope for autonomy or independence, as in ancient Israel or in Calvin’s Geneva. The Second Vatican Council tried to strike the balance between the sacred and the secular when it observed that ‘in their proper spheres, the political community and the Church are mutually independent and self-governing. Yet, by a different title, each serves the personal and social vocation of the same human beings. This service can be more effectively rendered for the good of all, if each works better for wholesome mutual cooperation, depending on the circumstances of time and place.’ (The Church in the World, 76)

Looking in more detail at this passage of the New Testament, some people have drawn a further conclusion: that Jesus was implying that he and his fellow citizens did have obligations to the Roman authorities in acknowledgement of the public benefits which they received from Caesar’s rule. Something like this also lies behind the statement of St Paul to the Christians in Rome: that they should pay taxes to the governing authorities, ‘for the authorities are God’s servants’ (Rom 13:7), their role being to protect everyone and ensure peace and public order. Yet, as one looks more closely at the exchange between Jesus and his opponents it becomes clear that we cannot really be looking at two separate and distinct spheres of activity – one pertaining to God and the other not pertaining to God. That is not believable. These two realms cannot be on the same plane of comparison: sometimes we may well need to choose for God against Caesar, but surely never for Caesar against God. As Vatican II observed, ‘even in secular affairs there is no human activity which can be withdrawn from God’s dominion’ (The Church, 36); and the psalmist tells us that ‘the earth is the Lord’s and all that is in it’ (Ps 24:1-2). Indeed, Caesar and all that is his belongs to God, although God’s will may well be that we respect the state authorities (so long as they do not trespass on His prerogatives).

Perhaps the point is that we need to look more closely at the conversation between Jesus and his opponents and realise that in fact he did not answer the question put to him: should we pay tax to the emperor? I do not think that Jesus ever answered any question put to him in exactly the same terms as it was posed; he always changed the subject or introduced his own agenda, moving everyone’s attention to a higher level of reflection. Forgive your neighbour seven times? No, seventy times seven. The greatest commandment? Actually, there are two. One ground for divorce or many? Actually, none (except in Matthew’s Gospel – this will be the focus of a later article). Where do I live? Come and see. So we should not expect Jesus to answer the question here about paying tax to Caesar with a simple yes or no. In fact, he adroitly evaded answering the trick question, pointing out, ‘well, if it belongs to Caesar, give it back to Caesar’. Then he added his own reflection, ‘and give God whatever belongs to God.’

I suggest it is a mistake to think that in his reply Jesus is dividing life into two spheres, the secular and the sacred, as so many people have supposed. His argument does not separate, it accumulates – it is an a fortiori argument. He is not saying, on the one hand respect Caesar and on the other hand respect God. What he is pointing out is that, if you respect Caesar’s property, as you should, then all the more you ought to respect God’s property. So his full answer is, ‘Well, give to Caesar what belongs to Caesar. And while you are at it, give everything that belongs to God back to God’. That sounds more like Jesus.

Other articles in the ‘Getting the Point’ series:

The Parable of the Living Wage?

Grounds for divorce in St Matthew

Our Political Responsibility for the Common Good