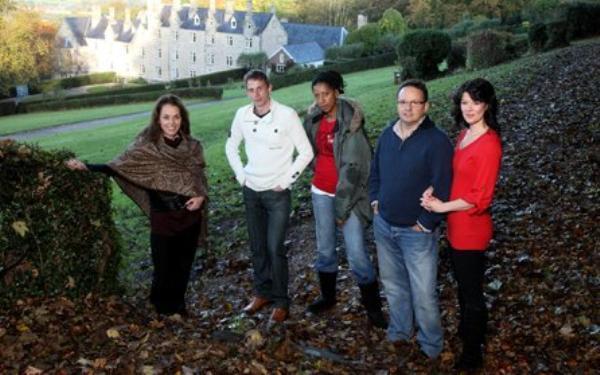 A new series on BBC2, beginning on Friday 22 October, explores the journey of five people from very different backgrounds who decided to step back from their hectic lives and experience silence. In an extract from a book to supplement The Big Silence, Brendan Callaghan SJ, who accompanied the volunteers during their eight-day retreat at St Beuno’s Spirituality Centre, describes how, through silence, we can grow in holiness and wholeness.

One of the more serious false beliefs at large in the world in which we live is that wholeness and holiness are somehow opposed. To be a religious person, according to this viewpoint, is to be less that you might be: to end up being limited and diminished. It is not difficult to see how such a belief is fed by images of religious people in the media, where the priest or vicar is often portrayed as childish and immature, or at best naive. That today’s media also gives us images of the ways in which religion can be used and distorted as an excuse for violence or abuse only adds to this belief that to be religious is to be less than whole.

But when we actually look at religious people, the picture is very different. What is most central in the lives of all people is very much the same: what we care most deeply about, and how we see ourselves at our best, is common to us all. The great religions of the world offer us ways to live at our best and to express those deepest cares. In the eyes of a believer, this is a path towards holiness – a path of responding to the love that God has revealed to us by living in love in return. But to live in such a way is also the path to wholeness.

Silence enables us to recognise what it is that we care about most deeply. Silence enables us to see ourselves at our best. Christianity has always treasured silence as a way of encountering what is deepest and best in us, and so of encountering the love of God in the heart of our lives. In experiencing silence – in meditation, in prayer, in a retreat – I as a believer know that I am growing in wholeness (that is, I am becoming the person I can be at my best) and that I am growing in holiness (that is, I am responding to the love which God has for me). I know how far I have to travel on each of those journeys of becoming and responding. But I know, too, that if you experience silence as someone who does not see yourself as a believer, you will also grow both in wholeness (as you become more the person you can be at your best), and in holiness (as you respond to the love that you experience in what is most deep within you).

Brendan Callaghan SJ is Master of Campion Hall, University of Oxford. He was Spiritual Director to two of the participants in the Tiger Aspect production, The Big Silence, which will be screened on BBC2 on 22 and 29 October, and 5 November at 7pm (regional variations apply).

This article is an extract from Growing into Silence, a 44 page booklet that offers readers the chance to enter into the silence sought by the five men and women in The Big Silence. It includes exercises prepared by Jesuit priest, Fr Paul Nicholson SJ, and sections written by the four retreat directors who appear in The Big Silence. To help you deepen some of the insights expressed in the series, there are also details of further resources, including a booklist and websites which you can explore. For more information, please visit: http://www.growingintosilence.com/