Skip to main content
Photo by kfergos at flickr.com 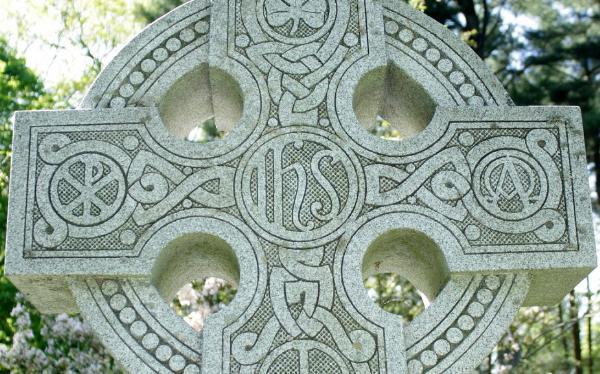 In a new book, Irish theologian, Gerry O’Hanlon SJ analyses the current crisis afflicting the Church in Ireland and identifies the frustrations felt by Irish Catholics who feel that their voices are not being heard. How might wider conversations about the future be the key to a restoration of confidence in the Irish Church?

On her recent visit to Ireland, Queen Elizabeth laid a wreath at the Garden of Remembrance in Dublin in memory of those who had died fighting against the forces of the Crown for Irish freedom. She then stepped back and bowed her head in respect and prayer. It was a powerful symbolic act of leadership and healing, reckoned by many to be transformative of Anglo-Irish relationships. The effect of the entire visit was a surprise to many Irish people, not least in demonstrating the ability of monarchy, rooted in a democratic polity, to perform acts of outstanding public service.

The 2010 visit of Pope Benedict to Britain had an equally positive effect, something that also came as a surprise to many people. It gave great encouragement to many Catholics in particular and it put the issue of religion firmly back in the public square. Distinguished moralist, Kevin Kelly observed that ‘the whole four days became an inspirational event’ and yet he noted too ‘that the underlying problems have not gone away – collegiality for instance. The near celebrity status given to the Pope is in danger of reducing bishops to the status of local branch officials’.[1]

These underlying problems have surfaced in a dramatic way in Ireland and many other parts of the Catholic world due to the scandal of clerical child sexual abuse and its mishandling by Church authorities. Archbishop Diarmuid Martin of Dublin has, time and again, noted that this scandal has opened our eyes ‘to a much deeper crisis’, judging that, in Ireland at least, the Church is already ‘over the brink’ in the sense that in future it will certainly be a minority institution in Ireland, the only question being whether or not it will be a culturally irrelevant one.

The deeper crisis to which Dr Martin refers has to do with: an increasing impatience and anger with the distribution of power and the centralised, non-collegial exercise of governance at all levels of the Catholic Church in Ireland; a sense that the continuing absence of the voice and perspective of women within most decision-making bodies within the Church is unconscionable; and an awareness that much Church teaching on sexuality and gender is foreign to the experience of many good believers and is received with incredulity.

There is a growing awareness that, despite the many pleasant and genuinely good people in positions of authority, the Irish Catholic Church – and indeed, the wider universal Church – has been mired in a culture of clericalism that is secretive, defensive and excessively deferential. The “don’t ask, don’t tell” culture referred to by the Murphy Report (1, 31) has been pervasive. In a trenchant analysis, British Jesuit psychologist, Brendan Callaghan notes that, while not all the qualities noted by experts to be characteristic of dysfunctional groups apply to the Catholic Church, still ‘…sufficient of them apply sufficiently for us to have real concern’.[2]

It may be that this distorted state of affairs had been noted as early as 1939 by no less a figure than Pope Pius XI. In an address to Canadian seminarians he is reported to have said: ‘The Church, the mystical body of Christ, has become a monstrosity. The head is very large, but the body is shrunken. You, the priests, must rebuild that body of the Church and the only way you can rebuild it is to mobilize the lay people’.[3]

It was to this purpose that the Second Vatican Council in its Decree, Lumen Gentium outlined a vision of Church as the People of God – a communio of the baptised, based on that equality in diversity within the Holy Trinity of God, in which the hierarchy is the servant-leader of the People of God.. The lay faithful share in the office of Jesus Christ as priest, prophet and king, and they also share through the ‘sense of the faithful’ in that infallibility in belief and indefectibility in right judgement (Lumen Gentium, 12) which the pope and bishops express authoritatively. The issue of collegiality was the ‘lightning-rod issue of the Council’[4] and if it centred mainly on the relationship between bishops and pope, the question was also implied ‘of what voice others in the church, including the laity, rightly have in decision-making’.[5]

Jokes were made during Vatican II at the expense of Cardinal Ottaviani, one of the leaders of the minority group opposed to change at the Council. It was said, for example, that one morning he called a taxi and directed the driver to take him to the Council, whereupon the taxi hit the road to Trent! But Ottaviani arguably had the last laugh in that many of the changes – including collegiality – that he opposed failed to find structural expression within the institutional Church and so were not implemented. Ladislas Orsy notes how, on several fronts – the decision-making powers of laity, the effective collegiality of Episcopal Conferences, the due process accorded to theologians and bishops who question the prevailing orthodoxy – we have regressed rather than progressed.

It doesn’t have to be this way in our Church, and in a new book[6] I attempt to explain how we got to where we are and what possibilities there are to imagine and implement something different. That ‘something different’, in particular more participation in terms both of governance and doctrine, was eloquently expressed at the Council by such figures as the Melkite patriarch, Maximos IV Saigh and has been updated since then by the likes of British theologian, Nicholas Lash.

I like Orsy’s way of putting all this: ‘We are at a groundbreaking stage. For this reason, we ought to formulate our questions with utmost care. Our aim is to search for better balances without damaging vital forces’.[7] This is not the time, then, to act from an ‘anti-Roman affect’ to throw babies out with bathwater – but rather to take up John-Paul II’s own 1995 invitation, made in the context of ecumenism, ‘to find a way of exercising the primacy which, while in no way renouncing what is essential to its mission, is nonetheless open to a new situation…and may accomplish a service of love recognized by all concerned’[8] and to extend this to the way the Church operates at all levels.

It is in a similar vein that I propose the notion of a National Consultation or Assembly, not as an end in itself, but as a step towards reviving those corporate habits of conversation which used to characterise our Church but which we have lost. It is instructive in this context to reflect that there were 12 National or Provincial Synods in Ireland in the years 1101-1179 and during the period 1600-1690 there were 67 Catholic synods, of which the records of 43 are extant. I argue that we need these kind of Assemblies in Ireland at parish, diocesan and national level to face our crisis, to dream together of the Church we want for the future, and to set about realising our dream.

Of course the Irish bishops are understandably hesitant about adopting what must seem, despite the traditional precedents, such a novel and radical proposal. Apart from any other consideration, how can they hope, on their own, to satisfy the demands that would undoubtedly surface – for example, greater decision-making powers for laity in general and women in particular? I believe that the Irish faithful understand the limits within which the Episcopacy operates and the need to retain universal communion, and would be glad at least of firm ‘representation’ of their views to the wider Church, including to Rome.

But of course it would also be wonderful if other Churches – in Britain, France, Germany and so on – were to use this crisis as the kairos for the kind of change which Vatican II, the 50th anniversary of which we begin to celebrate next year, envisaged. The building of alliances and networks need not be merely a political grab for power to protect selfish interests. Rather, as the readings of Acts and the Pauline Letters concerning the conflicted outreach to the Gentiles in the early Church instruct us, they can also be part of the logic of the Incarnation, a Spirit-filled response to stirrings within us occasioned by the events and people with whom we interact.

According to Newman it was the voice of the faithful which gave true leadership in the confusing period of Christological debate after the Council of Nicaea in the 4th century. Who will give servant leadership in our time of need now? Who, in the domain of the Catholic Church, will bring about a transformation like that achieved by Queen Elizabeth on her recent visit to Ireland? Can we begin to move towards a Church which respects primacy but exercises governance in a less monarchical, more collegial manner?

Gerry O’Hanlon SJ is based at Jesuit Centre for Faith and Justice in Dublin. He is a former Provincial of the Irish Jesuits and author of the recently published A New Vision of the Catholic Church: A View from Ireland (Columba Press, 2011)

Jesuit Centre for Faith and Justice

Pope Francis and the Church in Ireland

Celtic Spirituality: Just what does it mean?

Patrick: the saint who couldn’t be silent