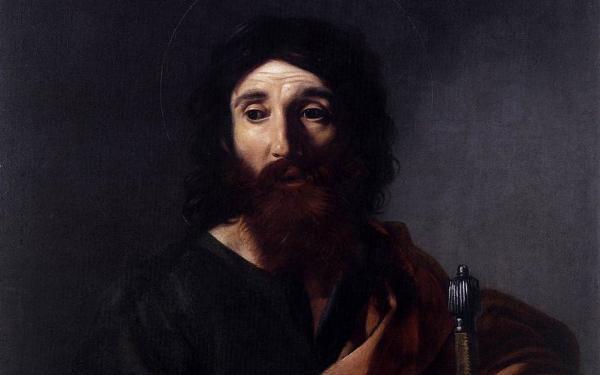 Biblical scholar Nicholas King SJ uses St Paul’s First Letter to the Corinthians to demonstrate that even the early Christians struggled to live as a united Church. In an article adapted from a talk delivered during this year’s Week of Prayer for Christian Unity, we see how the words that challenged the Christians of Corinth continue to challenge modern Christians. How does Paul present his solution to the problem of Christian disunity?

The first point to observe when speaking of Christian Unity is that God is always working for unity; it follows, therefore, that if we are working against unity we are opposing God’s purposes, no matter how admirable our aims may seem to be.

Secondly, however, diversity is difficult; there has never been a time when unity was easy in the Church. Acts of the Apostles can make for discouraging reading for contemporary Christians with its claims that, ‘all the believers were on the same case, and held everything in common’ (2:44), and that, ‘the whole group of believers were of one heart and mind’ (4:32); but even the author of that slightly idealised picture is well aware that it was not always like this. There is, for example, the disedifying tale of Ananias and Sapphira (5:1-11), which is never read out in church, even though it follows immediately after this last passage. Or there is an alarming account of racial and religious discrimination in the seemingly harmonious community at Acts 6:1-6; that episode actually led to the appointment of the seven deacons, all with impeccably Greek names, to wait at table (though as a matter of fact, the only two about whom we ever hear again are Stephen and Philip, who are not serving up food, but preaching the gospel). So we must expect Church unity to be a tricky thing to handle.

In this brief article I should like simply to look at one important New Testament test-case for grappling with Church disunity: Paul’s dealings with the fractious Corinthians, who, to his annoyance, were forever picking a fight, both with one another and with him.

The place to start here is perhaps with the last surviving line of Paul’s correspondence with that quarrelsome group of Christians. Try to notice the sadness in this familiar phrase, remembering that the Corinthians were not listening to a single word that he had been saying to them: ‘The grace of Our Lord Jesus Christ, the love of God, and the solidarity of the Holy Spirit be with you all’. Like all of us, they found it dreadfully difficult to accept the unconditional love that Jesus represents; like not a few of us, they resisted the love of God; and, like a good many of us who claim to be Christian, they were very bad at showing the koinonia (to use Paul’s lovely word) or ‘solidarity’, that the body of Christ should evince.

Now go back to the opening of 1 Corinthians, the first surviving letter (we know that there were others, but it is possible that the Corinthians got so cross with Paul that they flung his outpourings into the fire). Paul’s letters nearly always follow the conventional shape of letters in the ancient world: opening greetings, thanksgiving, main body and concluding salutations. Being Paul, however, he always makes the structure work for him; and the thanksgiving with which 1 Corinthians opens is something of an unexploded bomb. You might like to read it aloud to yourself. Try to imagine the effect on the group gathered in someone’s house as they hear it uttered (for most of them would not have known how to read) and slowly work out that underneath the affable surface of the words, they are in fact being roundly rebuked.

Paul, called [to be] an apostle of Jesus Christ through the will of God; and Sosthenes [our] fellow Christian, to the Church of God which is in Corinth; to those who have been made holy in Christ Jesus, [who have been] called [to be] saints, along with all those who call upon the name of Our Lord Jesus Christ in every place, both their Lord and ours; grace to you and peace, from God our Father and the Lord Jesus Christ. I give thanks to my God all the time about you, because of the grace that has been given to you in Christ Jesus. Because you have been enriched in him in every respect, in every kind of speech, and in every kind of knowledge, just as the testimony of Christ has been confirmed in you. The result is that you are lacking in none [of God’s] free gifts, and you are waiting for the revelation of Our Lord Jesus Christ. He will confirm you to the end as blameless in the day of Our Lord Jesus Christ. God is faithful, through whom you were called into the solidarity of his son Jesus Christ Our Lord.[1]

As you read these opening lines, count the number of references in the first nine verses to ‘Christ’ or ‘Christ Jesus’ or ‘Jesus’ or ‘Jesus Christ’. The point here is a two-fold one. As a general point about Paul, it sometimes seems that he can hardly construct a sentence without mentioning the name of his beloved. At a deeper level, however, more specific to the Corinthian situation, but not irrelevant to ours, if they can only focus on Jesus Christ, they will put an end to their feuds (sadly, they never did; which explains what happened to the Corinthian Church).

Count also the number of passive verbs in these verses: ‘to those who have been made holy’ (verse 2), ‘called to be saints’ (2); ‘the grace of God that has been given to you’ (4); ‘you have been enriched in him’ (5) (and here Paul adds ‘in all rhetoric and all gnosis’, two qualities on which those Corinthian Christians particularly prided themselves); ‘as the testimony of Christ has been strengthened in you’ (6); ‘so that you are not deprived of any free gift (7); ‘he will strengthen you so that you can’t be reproached on the Day of Our Lord Jesus’ (8). The Corinthians may have been a bit puzzled at the idea that anyone might be reproaching them on that Day, because they thought that they had got it all right. When Christians start to think in that way, watch out, for there is trouble ahead.[2]

Then we read the last verse of the thanksgiving, verse 9: ‘God is faithful, through whom you were called into the solidarity of his son, Jesus Christ our Lord’. The Greek word here translated as ‘faithful’ is, deceptively, passive in form, meaning ‘able to be relied upon’. The Corinthians may have been tempted so to describe themselves; but for Paul, only God can be characterised in this way. Notice that word ‘solidarity’, describing the koinonia which they did not really have in Corinth; as we have seen, it will reappear, as a desideratum rather than something that they can be said to have achieved, at the end of the whole correspondence. So this list of passives is making a very simple point: what happens when we encounter the gospel is not something that we achieve for ourselves, but something that God does in and to us.

With that thanksgiving out of the way, and perhaps a little bit of uncomfortable shifting in the seats of the house-church, Paul can now settle down to business. In the next seven verses, he starts to address what is actually wrong in Corinth. Once again we may sense a certain discomfort among Paul’s hearers: they have written him a letter which, from the clues that he lets slip, may have been just a touch too complacent, and he does not trouble to start answering their somewhat self-satisfied enquiries until nearly halfway through the letter (7:1, to be precise). Instead, he starts off addressing the key matter of their divisions; and if the Corinthian Christians are getting red in the face at this point, then so should we be, for he would say the same to us.

Once again (verse 10) he resorts to ‘the name’ of his beloved ‘our Lord Jesus Christ’, to implore them all ‘to say the same thing’. He then continues by using the word ‘schism’, which of course in Greek is what ‘scissors’ do, namely to ‘tear apart’. It may be significant that this letter contains 50% of all the uses of the word ‘schism’ in the entire New Testament (though it is only fair to admit to you that it may not be a very enlightening statistic, since it is 3 out of only 6!). Then he starts to tell them what is wrong; and he also mentions his source of information: ‘Chloe’s people’. We do not know who she was, perhaps a shipping magnate, plying between Corinth and Ephesus, but we have to imagine the Corinthians nudging one another and muttering ‘We’re going to get that sneak Chloe’. Then we find out what has been going on: these Corinthians have been marching up and down with placards, expressing their support for their favourite apostles, as though they were football teams: ‘Paul rules OK’, ‘Apollos forever’, ‘Viva Kephas’; and Paul makes his grim little joke, the answer to all Christian disunity: ‘Well, I belong to Christ’.

With that startling beginning, Paul is under way, and I encourage you to read through the entire letter. Consider how Paul approaches his task, with a series of solutions. First, he argues, they have to ‘get Jesus’ cross right’, and he recalls the mood in which he arrived in their city in the first place, fresh, apparently, from a minor disaster in Athens (2:1-5; and for what, according to Luke, happened after his Areopagus speech, see Acts 17:32-18:1). Second, they have to ‘get their apostles right’, as he offers a treatment of himself and Apollos (which is clearly where the tension lies), in terms suggesting that there is nothing special about Paul or Apollos or the Corinthians (3:1-9). The third attempt at a solution you might call ‘getting your head right’ (11:14-16), as also ‘getting the Lord’s Supper right’ (11:17-26); his fourth is ‘getting the body right’, where Paul makes humorous and original use of a philosophical trope familiar in the ancient world (12:12-30). His fifth, and perhaps final, attempt is written straight into the Corinthian situation, though as it stands, it interrupts the flow of the argument between chapters 12 and 14: it is the poem on love (12:31-13:13), Paul’s portrait of Jesus (acting precisely as those Corinthians were failing to act) which we might entitle ‘getting your heart right’.

That, in a too-small nutshell, is 1 Corinthians, one important New Testament approach to the perennial problem of divisions among Christians. What are you going to do, today, having read Paul’s letter, about the divisions in your section of the Body of Christ?

This article is an edited version of a talk on ’The Biblical Roots of Christian Unity’, delivered to Churches Together in York, during the Week of Prayer for Christian Unity 2012. A video of the talk is available on the website of the British Province of Carmelite Friars.

[2] The text of this paragraph utilises direct translations from the Greek text of 1 Corinthians; the discrepancies between these translations and those found in the preceding passage serve as a reminder that no translation is ever accurate!

The Conversion of Saint Paul

The Long Road to Damascus