Skip to main content
Photo by Sarah Brush at flickr.com 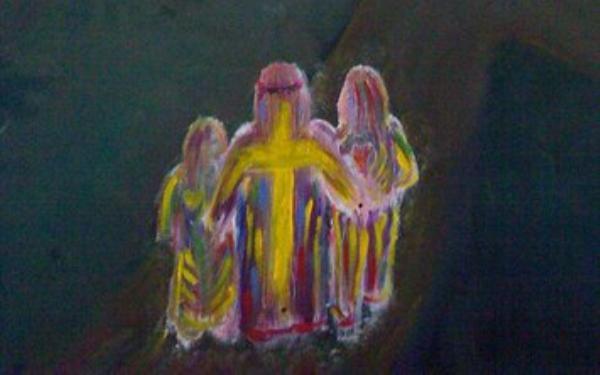 The fourth phase of the RCIA goes by the name of Mystagogy. This is a rather obscure term used in early Christianity, best known in the ‘Mystagogical Catecheses’ of Cyril of Jerusalem, where they are in effect baptismal or sacramental homilies. In this article James Crampsey explores some passages in the Synoptic Gospels against the horizon of Mystagogy.

I think it was Xavier Léon-Dufour back in 1971[1] who first pointed out the importance of the Emmaus story for the shaping of our life, prayer and worship. This longest of the narratives of a resurrection appearance appears in Luke 24 and occurs on Easter Sunday, as do all the resurrection appearances in Luke, including the Ascension.

You can see the structure of the Emmaus story as a skeleton for the Spiritual Exercises of St Ignatius. You can see it as an example of the Pastoral Cycle. However, what is most obvious is how the narrative has the shape of the Eucharistic liturgy. The two disciples with sore hearts are the nucleus of the gathering of the community, and provide a narrative version of Jesus’s saying in Matthew 18:20: ‘For where two or three are gathered in my name, I am there among them.’ And Jesus is among them, even if they do not recognise him. Their sore hearts are what they bring, looking for the steadfast love of God to heal them.

Jesus begins a conversation with them (the Greek word for having a conversation is homileo the word from which we derive ‘homily’) and we have the interesting dimension of the disciples telling Jesus about Jesus because, in common with most of these narratives, Jesus is not recognised at first. Jesus’s response is to take their story and align it with his own statement about himself: ‘Was it not necessary that the Messiah should suffer these things and then enter into his glory?’ (Luke 24:26) This proclamation is underpinned by scripture (Moses and all the prophets) to give a concrete, contextual authority to his own account of himself.

The invitation to stay – the offer of hospitality – parallels the offering of the gifts, while the breaking of the bread clearly invokes the Eucharist: blessed, broke and gave, those three indispensible words. The return of the disciples to Jerusalem is their understanding of the mission, the sending out at the end of the liturgy which compels them to proclamation.

It is this last point that takes us into the mystagogy of the title. Mystagogy is the fourth phase of the RCIA which itself is a journey into faith. The Catechism describes mystagogy as ‘proceeding from the visible to the invisible, from the sign to the thing signified, from the sacraments to the mysteries’.[2]

One thing is clear from the Emmaus account: as the visible Christ becomes the invisible Christ, he is no less present in a relationship with the disciples that moves them to mission and proclamation. The breaking of the bread is the visible, prophetic, life-giving gesture of Jesus which actually takes shape in the lives of these disciples. Something like this is at the heart of what is called mystagogy. The invisible takes shape in the disciple. By this shall everyone know that you are my disciples. One could speak about the death and resurrection of Christ as the DNA of the Christian. It is what is also called grace, that God-shaping of us by the divine goodness.

There is another place in the gospels where we can see the mystagogy happening. Discussing the Markan Passion Narrative before preaching on it, someone in my community pointed out that the only unique feature in it was the story of the naked young man. In terms of incident, that is true up to a point. In terms of the drama, Mark especially focuses on the isolation of Jesus as he assumes his kingly power on the cross, culminating in the cry of dereliction, ‘My God, My God why have you forsaken me?’ (15:34). The two thieves are in the places on the right and left of Jesus’s kingly power for which the sons of Zebedee had asked (Mark 10:37).

But as was pointed out many years ago[3], the mysterious naked young man who runs away is balanced by the interpreting figure at the empty tomb, who is described in almost the same words. Not described as an angel, but as a young man (neaniskos) clothed (peribeblemenos) in a white flowing garment (stole leuke), the garment worn by glorified believers in Revelation 6:11; 7:9,13. The garment left behind by the young man as he flees is a linen robe (sindon). Mark tells us that after the soldiers have mocked Jesus, they dress him again in his own clothes. But as Jesus is naked and dying on the cross, his clothes are gambled for and pass to others. Joseph of Arimathea buys a sindon as clothing and shroud. In Mark there is no mention of the grave cloths in the grave.

The mystagogical question that Jesus asks the sons of Zebedee is important, ‘Are you able to drink the cup that I drink, or be baptised with the baptism that I am baptised with?’ (Mark 10:38) The interchange of the language of baptism and death is already looking to the cross.

To a community used to the catechumens going down naked into the death-waters of baptism and coming out clothed in a white robe symbolising and proclaiming the life of the resurrection, there may well have been some resonance here. But while it may not be likely that this was in the mind of the evangelist, we can certainly see the possibility of the connection as the robe is discarded. The picture of the fully clothed proclaimer of Easter suggests that the naked young man has entered into the mystery of Christ’s passion, gone down into death with him, and been re-clothed to proclaim the resurrection.[4]

The Transfiguration in Mark is another place where the change in clothes is marked. Not easy to categorise, many scholars think there is something of a resurrection appearance about it: the clothes are white, there is a change in his appearance, Moses and Elijah function in a way similar to the interpreting angel(s). But the major reason that it does not add up that way for me is that in the Transfiguration scene, the Father speaks for Jesus; in the resurrection appearances, Jesus speaks for himself in a remarkable way.

But there is an interplay between the dynamic of death and resurrection, and that of passion prediction and transfiguration. The complex material from Caesarea Philippi (8:27) to the end of the Transfiguration in 9:10 is a major narrative unit and a clustering of the key titles for Mark: ‘Christ’, ‘Son of Man’ and ‘Son of God’. With the confession of Peter that Jesus is the Christ, the disciples are invited to see Jesus’s messiahship in terms of the suffering Son of Man. But it is to be noted that the resurrection is also looked forward to in the ‘passion prediction’. Between the mention of the passion and the acknowledgement of Jesus’s sonship, there is a collection of discipleship sayings which explore the subject of the disciple’s life and proclamation. It ends with a correlative statement:

Those who are ashamed of me and of my words
in this adulterous and sinful generation,
of them the Son of Man will also be ashamed
when he comes in the glory of his Father with the holy angels.   (Mark 8:38)

The account of the Transfiguration follows immediately. In the western Church, the predominant line of interpretation is to emphasise the scene as revelatory of Jesus’s identity as Son of God. But in the eastern Church where the Transfiguration has always been regarded as part of soteriology, something is also being said about the potentiality of human beings. The Transfiguration reveals that God has shaped and continues to shape Jesus in an extraordinary way. The Transfiguration also reveals that for those who are in Christ there is the potential to set free the divine inside of us, to allow that which shapes us like our DNA to become more and more visible. The proclamation sets out that the human being Jesus, who human beings tried to annihilate, bring to nothingness and oblivion, has been made alive, present and active, and remembered by God. Human beings’ attempt to bind the goodness of God made visible in Jesus has failed. God has succeeded in his attempt to free Jesus from those bonds. The negativity of the Son of Man’s being ashamed is countered by the Transfiguration. Those who proclaim Jesus and his words after the Resurrection are those who are included in Christ and who are dwelt in by Christ. (‘As they were coming down the mountain, he ordered them to tell no one about what they had seen, until after the Son of Man had risen from the dead.’ [Mark 9:9])

[2] Catechism of the Catholic Church, paragraph 1075

[4] There are other accounts of the naked young man’s narrative role in the gospel, particularly the comparison to ‘the man in the mackintosh’ in Joyce’s Ulysses adumbrated by Frank Kermode, The Genesis of Secrecy, (Harvard, 1979)

Discernment in the New Testament

Mission is the heartbeat of the Body of Christ

St Henry Morse SJ: ‘A saviour of life unto life’
Alfred Delp: committed to Christ
‘The Fight Between Carnival and Lent’
‘Give them something to eat’: The Christian approach to food aid
Ignatius and the Stars