Skip to main content
Photo by Greyhawk68 at flickr.com 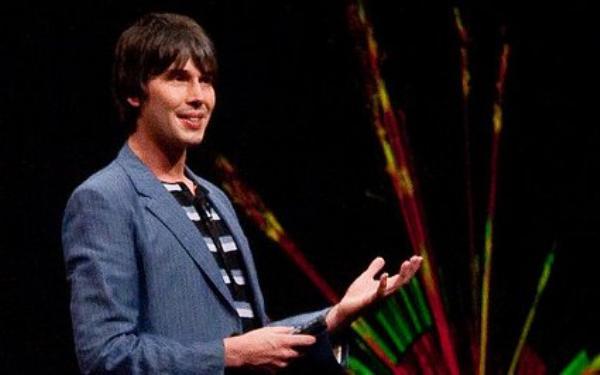 An exchange of ideas about science and the media at the 2012 LSE Literary Festival was characterised by a lively and friendly dialogue between professionals in both fields, even if the odd frustration was apparent. Frances Murphy thinks about how a conversation about religion and the media might follow a similar path. How did the discussion at the LSE manifest the dangers of misrepresentation of both science and religion in the media?

This year’s Literary Festival at the London School of Economics, the theme of which was ‘Relating Cultures’, tackled on its opening day two ‘cultures’ whose relationship has often been marred by mutual misunderstanding, if not disdain.

The Festival hosted an event entitled ‘Science in the Media’. A panel of three scientific professors and one scientifically-minded media professional shared their anecdotes about the interaction of scientists and journalists, and their impressions of the way science is reported in the British media.

A couple of observations within the British context were encouraging and worth noting. Firstly, it was brought to the audience’s attention that the Leveson Inquiry into media ethics requested submissions about science-reporting out of a concern for the potential damage done by bad reporting to the esteem in which scientific endeavour is held, particularly when it comes to health science. The coverage of the Inquiry so far has focused largely on its investigations into phone-hacking scandals, and on the media’s relationship with the police and politicians. To have our attention drawn to the wider scope of the Inquiry can only serve to remind us of the responsibility that we place on our journalists and broadcasters, and make us more discerning consumers of the media.

A second and more general point was that scientists working in Britain appreciate the freedom with which their discipline is allowed to operate. This point was also made by Sir Paul Nurse in this year’s Dimbleby Lecture, an encouraging example of the ability of a distinguished, Nobel Prize-winning scientist to deliver an articulate, relevant and interesting philosophy of his own work, irrespective of one’s views on the content. The comparison was made with the way in which scientists engage with the public in the USA, which the event’s Chair likened to ‘inoculating’ the public against the anti-science and specifically creationism that dominates public discourse. Reference was made to former presidential candidate Rick Santorum’s refusal to accept climate change science because it is not in the Bible. It is tempting to pat ourselves on the back as a society because we measure up well against this barometer of public engagement with science, and we should be proud of the fact that we have created an environment in which science can thrive; but the event’s discussion as a whole bore several hallmarks of the tension between science and religion which need not exist, but can and does arise from a lack of engagement.

The Chair’s introduction to the event addressed the way in which public interest is increasingly captured by scientific pursuits as they delve further into issues considered to be of moral concern, issues on which people feel they have a right to speak. ‘Once ethics emerges, the debate extends beyond science and scientific assessment of risks and benefits.’ But to talk of ethics as ‘emergent’ is to immediately posit it as separate from science. Does not every scientific experiment carry with it some ethical responsibility: to tell the truth, to carry out work that will be to the benefit rather than the detriment of life and knowledge, to operate safely? A healthy philosophy of science must surely encompass an ethical dimension at its core, rather than viewing ethics as a bolt-on concern only when it comes literally to matters of life or death.

It was also disturbing that one of the questions put to the panel was about how ‘in some places in this country, religion has a strong hold’ and therefore is it not important that science is communicated well in order to counteract religion? The dichotomy between science and religion, posited so aggressively, was rebuked by one of the panel, although not with much confidence or enthusiasm. The only positive to be found in such a question is that it illustrated the misunderstandings that still plague the relationship between science and religion. Such misunderstandings have the potential to be extremely harmful when they perpetuate falsities about issues such as stem cell research, embryology and cognitive neuroscience. These issues grab headlines and often because of the false polarisation of religion against science through setting up a fight between the respective straw men of ‘moral conservatism’ and ‘progress’. Such misrepresentation of both science and religion, and the relationship between them, is frustrating to all who can see through it and is not helped by the media’s attitude towards both.

It was almost reassuring to hear that the same obstacles present themselves to scientific communicators as to religious communicators. The panel’s complaints about the assignment of uninformed journalists to science desks and the inaccurate (and potentially harmful) reporting that this leads to were familiar, and would have been met with equal assent if the word ‘science’ was replaced with ‘religion’. The heavy media presence of Fred Hoyle was also cited as an example of how the media loves to present a radical personality as a representative of their field even when this is misleading; we do not often hear about scientific extremism in the way that we do when it comes to religion, but it still exists. The problem of the general requirement for ‘balanced reporting’ also rears its head in a particularly ugly way when it comes to science, when presentations of peer-supported, mainstream arguments give their last word to the opposing view, often pedalled by maverick scientists or pressure groups. When this has the effect of undermining public confidence in robust and important science, the fallout can be harmful to both science and the scientists.

There was little that was new or surprising about the panel discussion, although it was well articulated – proof in itself that Brian Cox need not be the only recognisable face of science in the media (although the panel recognised the value of the ‘Brian Cox effect’, there is nothing wrong with ‘sexing up’ science if it gets people more interested, they argued). One of their collective laments was the way in which scientific knowledge is pigeonholed or considered to be for the intellectual elite and therefore dismissed readily by the public, the media and politicians alike. Cox himself made the same point in a talk last year when he said that we would all be shocked if one of our Members of Parliament confessed to never having read a Jane Austen novel or listened to Beethoven, yet admission of an ignorance of the basics of quantum mechanics is the norm and no cause for concern. A cultural expectation when it comes to a basic knowledge of the arts is not matched by the same requirement for science. Nurse, too, argued in his lecture that a healthy participatory democracy requires of its citizens a good science education so that they can make informed decisions.

The scientific culture and the media culture may not overlap at too many points, but the potential and the will for this to change are there. Science and religion, however, may at times seem to be worlds apart, but this could not be further from the truth: scientists and theologians ask questions about the very same world and many in both camps long for greater integration. A media culture that seeks to drive them apart may present a bigger challenge than any that come from inside either group.

‘Faith, Doubt and Certainity in a Secular Age’