Skip to main content
Photo by monkeypuzzle at flickr.com 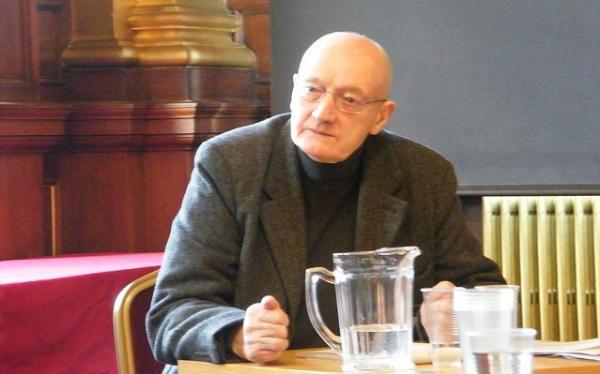 An afternoon in conversation with retired Episcopalian Bishop Richard Holloway left his audience at the 2012 LSE Literary Festival feeling encouraged by and grateful for his honesty. Gerard Hughes SJ describes an engaging discussion that touched on some of the more controversial aspects of belief and Church affairs, and suggests a way in which such topics might be further explored by people of faith this summer.

The editors of Thinking Faith suggested I might be interested in going to a talk at the LSE, one of the events in their 2012 Literary Festival. Entitled ‘Faith, Doubt and Certainty in a Secular Age’, it provided a most interesting and enjoyable afternoon.

It took the form of an interview, in which the writer, Alex Preston invited Richard Holloway, the retired Episcopalian Bishop of Edinburgh, to share some of the issues raised in his recent book, Leaving Alexandria. Richard Holloway’s life has been varied. As young man he joined the High Anglican monastic community in Kelham. As part of his training the monastery sent him to Accra to work with the Bishop there; but in the end he and the community parted company mutually. Holloway came back to his native Scotland to work for some years among the poor of the Gorbals in Glasgow. He still felt called to the priesthood, if not the monastic life, and the Bishop of Glasgow ordained him. After many years in the social apostolate – which he thought was more important than the niceties of theology and to which he remains deeply committed – he was appointed to be Bishop of Edinburgh. He later resigned his position because of a deep-seated dispute about the way in which the Lambeth Conference was dealing with the treatment of gay and lesbian Christians; but he continues to preach in Old St Paul’s Church in Edinburgh.

The bare bones of a very varied career do little to explain why the afternoon was so delightful. Holloway is himself articulate, relaxed, humorous and, above all, honest. ‘Hot’ theological issues were dealt with coolly and straightforwardly. He is not expecting to go anywhere after death, but is willing to be surprised. In any case, he believes that the doctrine of Hell is incompatible with the image of God offered to us in the parable of the Prodigal Son. He sees no good reason why women should not be priests or bishops; and he is vehement about the ways in which people are ill-treated because of their sexual orientation, both inside and outside the Churches. He accepts the way in which the Anglican Communion has reached a compromise on the position of women in the Church, but is appalled at the way even such a compromise was not possible on the gay issue – largely, in his view, because some African delegates to the Lambeth Conference refused flatly to consider the matter.

More generally, he insists on the fact that the texts of scripture are themselves historical documents, interpreting God’s revelation for their particular readership. Holloway requires that traditional texts be interpreted carefully in order to apply them to our contemporary situation. The fundamentalist unwillingness to do this is, in Holloway’s view, motivated by fear. Fundamentalists in general seek security by getting back to what they consider to be unchallengeable basics which need no interpretation. This is a phenomenon which is to be found in other faiths besides Christianity, of course.

Many of Holloway’s views would, of course, be held widely, as well as being denounced frequently, both in his own Anglican Communion and in other Christian churches. Nothing new in that. To envisage life after death is not easy and the difficulty is not removed by an act of faith, however sincerely that faith is embraced. We simply do not have the conceptual apparatus to describe with any accuracy a life of which we have had no experience whatever. We humans are by nature adapted to deal with middle-sized hardware and anything which is very large (the cosmos, for example) or very small (quarks, for example), or not straightforwardly physical (consciousness, or God), we struggle to get a grip on – to use a typically inadequate, human and down to earth expression.

The same goes for the understanding of Scripture. Only in the later 19th century did linguistic, historical and archaeological discoveries enable us to form a reasonably detailed and accurate understanding of the widely different cultural and linguistic backgrounds against which the various biblical texts were written. To determine what someone in the 21st century might have to say or do in order to convey the teachings of Jesus and the first Christian writers to the many cultures in our own world demands of us the kind of learning and what I might call the cultural tact involved in any translation. It has taken my own Roman Catholic Church rather more than a hundred years to begin to really come to terms with these issues and to recognise that the discipline of theology will have to change its methodology and some of its conclusions. But in all the Christian Churches there are fundamentalists now, as there were in 1900, who feel nervous at the way in which, as it seems to them, the certainties of the Bible are being undermined by modern scholarship rather than being illuminated. Holloway is quite right to describe the attempts to protect the texts without making any serious attempt to learn from them as a betrayal of the texts themselves. But before fundamentalists can be criticised and asked to rethink, all the Churches do need to embark on a much richer and more effective catechesis to show that such fears are exaggerated.

What made that afternoon quite a special occasion was the relaxed openness with which Holloway expressed himself. I suppose that once one is an ex-Bishop one does not to have to mind his p’s and q’s too carefully. That being said, it seems to me that the degree to which so many current Bishops feel unable to say what they really think about such matters is surely to be regretted. Holloway’s openness held a very large audience wholly attentive for an hour and a half. How many other such occasions are on offer which could hope to attract and hold the attention of so many people on such topics? To judge by the applause, those who came were quietly grateful to hear controversial issues discussed straightforwardly and honestly, at a level which intelligent believers, most of whom I would imagine were not professional theologians, could readily understand. So I might conclude with a short plug for non-residential Living Theology Courses on offer this summer, aimed at precisely that kind of audience and dealing with just such topics: one in Edinburgh, one in York, one in Liverpool and one in London.

Gerard J. Hughes SJ is a tutor in philosophy at Campion Hall, Oxford. He is the author of Aristotle on Ethics, Is God to Blame? and Fidelity without Fundamentalism (DLT, 2010).

‘Faith, Doubt and Certainty in a Secular Age’ took place at LSE on 2 March 2012.