Skip to main content
Photos by Leo Reynolds at flickr.com 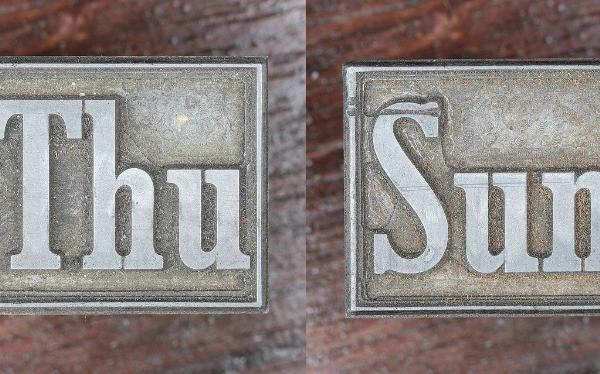 Philip Endean SJ discusses the move of the celebration of the Feast of the Ascension in many countries from the Thursday forty days after Easter to the following Sunday. How can the concern that is felt by some Catholics about the change serve to enrich our understanding of this feast and the entire Easter season?

Some years ago, Roman Catholics in England and Wales began celebrating the feast of the Ascension, not on the traditional Thursday, forty days after Easter, but on the following Sunday. Among those who write and blog on Catholic themes, this change has jarred. Of course, fulfilling a Mass obligation on a weekday is difficult; of course such an important feast should ideally be celebrated with the leisure that comes on a public holiday as it is in many continental countries, rather than with a Eucharist hurriedly crammed into a lunch hour. But nevertheless, it has felt just wrong to set aside the tradition of Eastertide lasting forty days. And it is very odd indeed for Catholics to be plodding through just another Thursday in Eastertide, while Anglican churches next door are ringing the bells to mark the Ascension.

Our bishops have indicated that they will soon be revisiting this question and perhaps before long the traditional date, at least for the feast of the Ascension, will be restored. On balance, I hope so. Nevertheless, I also believe that the dislocation we have experienced in these last years has done some good. For me at least, it has brought home an important point, not only about the Ascension but also the Resurrection.

The traditional dating of the Ascension derives from Acts 1:3. As Luke introduces his second book, he tells us how Jesus, ‘after his suffering … presented himself alive’ to the disciples ‘by many convincing proofs, appearing to them during forty days and speaking about the kingdom of God’. But the other accounts of the Ascension say nothing about forty days: Matthew’s Gospel, and even Luke’s own, rather suggest that the Ascension took place as the culmination of Easter day. John and Mark are, in different ways, more complex; their Easter texts seem in various ways to be compilations of older material, with the seams still showing. But there too, we find nothing to suggest the time-scheme of Acts: forty days between Easter and Ascension, followed by another ten before Pentecost. And given Luke’s concern to draw parallels between the time of Jesus (recounted in his gospel) and the time of the Church (recounted in Acts), the forty days when the risen Christ instructs the apostles through the Spirit (Acts 1:2) probably match the forty days when Jesus ‘was led by the Spirit in the wilderness’ (Luke 4:1), learning what his mission did and did not involve before entering the synagogue at Nazareth with the spirit of the Lord upon him.

Of course, the timing as such does not really matter; when eternal life is in play, time is in any case no longer straightforward. But the recent disruption of the traditional forty days—however much it may appear a mere sell-out to bureaucratic convenience—at least reminds us that the phrase ‘forty days’ has a sacred significance. It is not primarily an indication of time elapsed. Similarly, the appearances of the risen Lord were something other than a resumption of the historical Jesus’s normal business. ‘We know that Christ, being raised from the dead, will never die again’ (Romans 6:9). It was not forty days more of earthly life, followed by a final disappearance.

And perhaps here is the rub. Many of us imagine the Ascension, despite the psalmist’s ‘merry noise’ (Psalms 47:5 [Coverdale Bible]), as a moment of parting. We are saying goodbye to someone who will be, despite all the talk of promise, absent from us; and the exuberant notes of celebration, as at a farewell do or a retirement bash, can mask anxiety about how we are going to cope without the one whom we have loved.

The biblical writers are clear about Jesus being taken up, ascending. But this emphatically does not mean that Jesus has gone away. Perhaps the point is clearest at the very end of Mark’s Gospel (even though the passage in question was probably added to Mark’s original in order to round it off with some full-dress Resurrection material). The risen Christ commissions the disciples to take the good news to all creation. Then, ‘after he had spoken to them’, he ‘was taken up into heaven and sat down at the right hand of God; and they went out and proclaimed the good news everywhere, the Lord working with them and confirming the message by the signs that accompanied it.’ (Mark 16: 19-20) The Greek sentence structure suggests that the two movements—Jesus’s upward and the disciples’ outward—are two sides of one and the same reality. Even if he is at ‘God’s right hand’, Jesus is continuing to work. After all, upward movements in the first three gospels are not so much about ‘heaven’, as about Jerusalem and the Temple. ‘When the days drew near for him to be taken up, he set his face to go to Jerusalem.’ (Luke 9:51) Jesus’s mission in Jerusalem involves some things that only he can do, some things which we experience not in themselves, but only in the gifts they bring us. But that version of Jesus’s unique and ‘heavenly’ reality implies not his absence, but, on the contrary, his irrevocable solidarity as God-with-us.

If there is any hint of letdown, of being left on our own, in our feelings about the Ascension (and I’ll put my hand up and confess to having often preached in such terms), then we have too narrow a sense of what happened at Easter. We are still captivated by a childish picture of Jesus coming back for a bit more of the same. The Ascension appears as a rerun of Good Friday—more triumphant in tone, certainly, and more appropriate to the Son of God, but still fundamentally a withdrawal, a moment of parting. But what happens at Easter is not a return to what we had before. Rather, heaven is thrown open. The Resurrection appearances are not a reversal of ‘the death he died … once for all’, but rather revelations of ‘the life he lives … to God’ (Romans 6:9). The temple veil is torn away; the boundaries between God’s life and ours are removed. What God began in the earthly life of Jesus—the establishment of the divine Kingdom—is continuing. Nothing will ever stop it. ‘See, the home of God is among mortals.’ (Revelation 21:3)

Celebrating the Ascension on Sunday may feel odd, and may indeed be a bad idea. But nevertheless, the oddness may be salutary. Anything which jolts us beyond purely magical thinking about miracles is a good thing. Rightly understood, Resurrection and Ascension are mysteries not of recovery but of transformation, of new creation. As such they belong together, on the first day of the week. As Christ rises into the cloud of God’s glory, he throws heaven open, and invites us all into the heart of God.

‘Reflections on the Feast of the Ascension’ by Damian Howard SJ

The Resurrection According to St Luke

The touch of God
Prayer and discernment in lockdown
In times of darkness
Guided by the Spirit
‘Excited by the mission’: International volunteering today