Skip to main content
Photo by Franco Folini at flickr.com 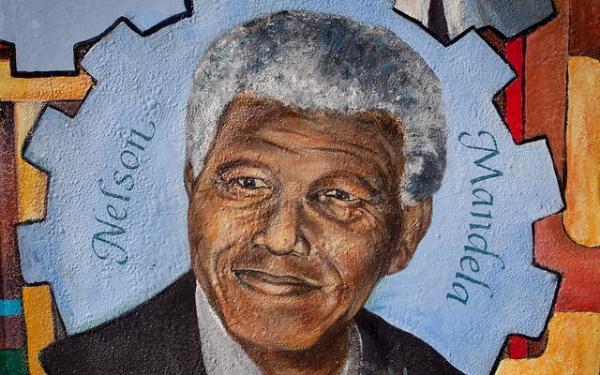 As Nelson Mandela remains in a critical condition in hospital, Rampe Hlobo SJ writes from South Africa to describe the mood of the nation. How has ‘Madiba’ led the people of South Africa through a uniquely transformative period in their history?

As the end of life approaches, one’s thoughts turn inevitably to what lies ahead and also to what has gone before, to the experiences that made that life what it was. It is not only the departing individual that ponders such things, but friends and foes of that person, too. This is what seems to be going on today in South Africa and beyond. The harsh reality that Nelson Mandela is rapidly approaching the end of his extraordinary life is beginning to hit home, and we have started looking back over the time during which we have been blessed with this incredible man.

The collective memory of February 1990 is particularly strong: the whole country came to a standstill to welcome this man back into our community, even though many of us did not know what he looked like as he had been kept from our sight for so long. Despite his unfamiliarity to so many, ‘Madiba’, his clan name by which he is fondly and popularly known, managed to lift the whole country, inspiring us and filling us with hope and vigour. Words will never be able to describe fully how he changed South Africa. It was as if he took all of us up a mountain so that we could have a transformative experience like that of Peter, James and John at the Transfiguration. Not only was it a comfort to have him released from prison and back in Soweto, it was also an extraordinary blessing to have him navigating South Africa through the troubled political waters of the 1990s. As a country we were hit by and traversed huge storms that could have pulled us into a dreadful civil war.

His influence was felt particularly in April 1993 after the assassination of Chris Hani. The popular leader of the South African Communist Party was assassinated on his driveway in front of his young daughter. This led to unprecedented violent protests that only Mandela could control or curb. He displayed excellent and magnanimous leadership, and had an authority that obliged both young and old to listen. Before, during and after his presidency, he made us feel proud of ourselves as a country. Despite our painful and divided past, South Africans experienced for the first time the apostle Peter’s sentiments at the top of that mountain: ‘Master, it is good for us to be here.’ (Luke 9:33)

It is now over 23 years since Mandela’s release and the beginning of our ascent up that mountain; it might sound like a long time, but it is remarkable to consider that this is still less than the amount of time he spent in prison. And in many ways the time has gone quickly, as we have felt glad to be here. Yet the recent news reports about Mandela’s health have revealed that we have all been in denial for some time now. We saw him during the closing ceremony of the 2010 FIFA World Cup looking frail and being driven around the stadium on a golf cart. We surely knew then that the elderly statesman was approaching the end, but because we immortalised him, we refused to accept it.

Our sadness now is exacerbated by many other factors that have little to do with Mandela himself. It is as if we are all part of a family whose patriarch is about to pass on; everyone becomes anxious and aware that we are now going to be left without the responsible adult who has led us for so long. The anticipated vacuum in his absence may not necessarily come to pass, but there is a sense that we are losing a moral beacon, and the uncertainty of a future without Mandela is unsettling. The incumbent political leadership offers little hope or consolation because many have been behaving like the elder brothers in a family who, as soon as the patriarch hits the twilight of his life, begin to misbehave and neglect the wider family and the younger siblings. I am sure that creates anxiety for the departing patriarch as well.

Now with heavy hearts we have begun our descent from the mountain and the feeling is unbelievably sad. The challenge for South Africans, just as it was for the apostles, is to make sense of the spiritual experience that we have lived through and nurture the hope that it has kindled in us.

Rampe Hlobo SJ is the Director of the Jesuit Refugee Service in South Africa.

Society of Jesus in South Africa

The beatification of Benedict Daswa