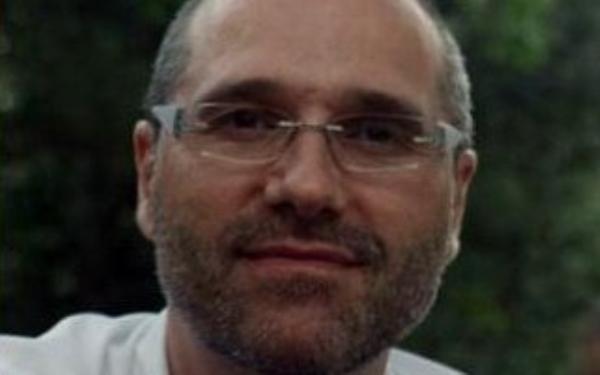 Presiding over the Chrism Mass on Maundy Thursday, Pope Francis encouraged the world’s priests to be good shepherds, ‘with the smell of the sheep’. Perhaps this weekday homily that follows shows something of what he meant. Originally preached in August 2007 by Marc Vilarassau, a Catalan Jesuit, it expands on Luke 13:22-30: hard sayings of Jesus about how the religious establishment is missing out on salvation and finds the gate too narrow. Meanwhile, along with Israel’s patriarchs and prophets, ‘people will come from east and west, from north and south, and will eat in the kingdom of God’.

Today I dreamt I was dying, Lots of people were coming from every direction, pulling me along. ‘What’s this – where are we going?’ says I. ‘Haven’t you heard?’ someone replies. ‘No,’ says I. ‘We’re invited to the table of God’s Kingdom.’ ‘OK – I’ll sign up. I’ve got nothing better to do.’

Then, all of a sudden, we’re at the gates of God’s Kingdom, where there’s an angel with broad shoulders. He’s got a kind voice, but there’s no getting past him. ‘Name?’ he asks politely. ‘Marc Vilarassau, at your service, and glory be to God’. ‘Hmm … yes … please just wait here. Don’t block the door. Thanks.’

People were going by, and there was I waiting. You wouldn’t believe it, would you?

And then I see Tony, who’d come to our area from the other end of Spain. He comes up to greet me. ‘How are you doing? How’s life?’ I say. ‘Well – somehow or other my life ended. I don’t know what to tell you – but here we are.’ ‘Who’s invited you?’ ‘No idea.’ ‘But you’ve wasted your life on drugs and getting into trouble. You’re in luck, aren’t you?’ He shrugs and mutters, ‘What am I meant to say? They called me, here I am.’ And the angel at the gate sees Tony and gives him a hug, as if he’s known him all his life, and lets him through.

And there I am at the gate, waiting.

And streams of people go by, until, just behind a black kid with a huge scar on his face, I see Andy. He spent the last couple of years of his life on a bench in front of our place in a pretty rundown area just outside Barcelona. During the winter I would bring him blankets, which he’d always piss in. The welfare took him in a couple of times and he got a lot better. But you couldn’t keep Andy off the street – it would have been like bears keeping away from the honeypot. His sister lived a few streets down, but she wouldn’t have anything to do with him. ‘You’re in a right old mess,’ I’d say, ‘how come she’s let you get as bad as this?’ ‘If you only knew’, he replied. ‘You can’t blame her for not being able to stand the sight of me’. Andy had disappeared suddenly. ‘Perhaps he’s somehow made good’, I thought. Then after a month some kids found him dead, inside a derelict house at the end of the street. They buried him in the common grave. I’d have liked to say goodbye – instead I brought some flowers. ‘You poor bloke, you must have been so alone.’ But now I shouted: ‘Andy, do you remember me?’ From the distance he saw me and his face lit up. But the angel said, ‘hold off – he’s going through’. Andy made a gesture, as if to say, ‘we’ll meet up inside and then we can sit and talk’.

And there am I at the gate, waiting.

Suddenly I heard a laugh that I knew so well. I turned round, and there’s Julie. She grabs hold of me: ‘Father’, she says in her accent from down south: ‘what are you doing here stuck at the door? Are you waiting for someone? Come on in.’ But then the angel came along: ‘Father’s still got to wait a bit.’ ‘OK’, she says in that slow way of hers, ‘don’t worry. I’ll go on ahead and sort out something to eat.’ Then I remember what she said when I asked her how many kids she had. ‘Well, five of my own – but then five others found their way in.’ ‘But with all the problems going on at home?’ ‘Ah, not to worry, Father – if five can eat, so can ten.’ I’m not surprised that you’re getting in so quickly, St Julie of the Estate. And I find tears beginning to come to my eyes.

And there I am, still waiting – but I’m beginning to get it.

And there are so many of them coming now, like a torrent. When they see me, they all point, as if to say, ‘what are you doing, stuck here?’ But the angel comes along: ‘keep the traffic moving. There are lots of us, and the meal’s about to begin.’ One of them says to him, ‘But here’s Marc. He used to preach stunning homilies. Why not let him through?’ ‘Look’, replies the angel, ‘we’re not here for sermons – we’ve come for a good meal and a laugh.’

And there I am still waiting. But, would you believe it, nothing happens.

I think again all of the hugs that we can’t share any more – it is as though they’re coming back to life. They’d always been there really, even though we no longer saw each other or spoke. They’d been a kind of promise of what, back then, we’d not been able to get our heads round. And I think to myself: ‘the gate’s very narrow, and there’s no arguing with that angel – but the room where they’re having the party must be huge.’ I really want to go in. At the beginning I was pissed off, but now it doesn’t bother me. Just as well, I think to myself, that the Kingdom of God isn’t like the department store sales where they all rush to get in and grab the bargains – then it’s everyone for themselves. Just as well that the door is narrow, and you go in one by one, each called by your name, each with your own story – no hysterics or fuss.

And all the time, I’m feeling in some strange way happier. You’re beginning to get it, aren’t you?

And finally, when there’s no one else left, not even the angel with the broad shoulders, there’s just me, with a face on me like nobody’s business. Then God himself comes to the gate, and looks out as if to make sure there’s no-one left. This is the first time I’ve seen God, but he looks familiar. He’s got … Tony’s nose, and Andy’s ears, and Julie’s hands.

He looks a bit surprised to see me. ‘Ah, Marc, I’d almost forgotten about you.’ ‘Well, it’s about time, isn’t it,’ says I. ‘You’re lucky,’ he replies: ‘when all your friends saw me they all asked me the same question. And that’s why, even though we’re already on the dessert, you can come to the table of my Kingdom.’

By this time I’m in floods. ‘Lord, what’s that question?’

‘All of them, every single one, asked me: “Lord, why’s Marc waiting at the door?”’

This text has taken on a new poignancy in recent weeks because Marc himself died last month, at the age of 45, following several years of struggle with lung cancer. In 2012 he published this slightly revised version, noting on his blog that the dream was becoming rather more real than anything else in his life. At his funeral mass, his brother read it out, written as it is in a street Catalan that no translation can really reproduce. May Marc rest in peace. He was what the Church’s wedding liturgy used to call a generous friend of the afflicted and needy . We can trust that indeed they welcomed him to the heavenly party. But as we imagine Marc waiting to be let in, we may perhaps see in a new way why in November the Church prays for the souls in purgatory.

For another text of Marc’s in English, please click here.

Translation by Philip Endean SJ, from the revised original with help from the Spanish version and from Catalan friends. The first version (with a bit more local colour), along with Marc’s other homilies and articles – some of the latter are in Spanish – can be found at his blog. Thinking Faith gratefully acknowledges the copyright holders’ permission to make this English translation.

Rich and poor: Faith and life in Brazil

Who do you say I am?