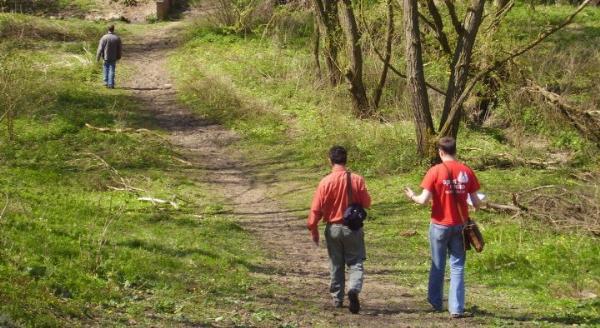 In this year of commemoration of the restoration of the Society of Jesus, a young Jesuit reflects on the how the experience of the first Jesuits compares with that of young men who join the Society today.  Niall Leahy SJ draws inspiration in his religious life from the early Jesuits, and also from his contemporary companions.

This year marks the 200th anniversary of the restoration of the Society of Jesus and so us Jesuits are spending a little bit more time than usual reflecting on the past and seeing what we can learn from it. This practice is in line with the Second Vatican Council, which emphasised that religious orders have a lot to learn from going right back to their beginnings – to reconnect with their original charism so that it can provide fresh inspiration and direction.

When I look back at the foundation of the Jesuits, one thing that always sticks out for me is the collective decision that the first companions made to become a religious order. Basically they said, ‘let’s do something for God together!’ How exciting! Reading about this initial group really inspires me. Their story provides a very strong image of what the Church is – a group of people who want to serve the Lord as a community. However, sometimes I also feel a little bit envious of those men. Before they decided to become the first Jesuits they already knew each other quite well from their time studying together in Paris, and considered themselves, ‘friends in the Lord’. But these days, when a young man or woman decides to join a religious order, they do not necessarily join a group of people with whom they have been close friends for several years; they join a group that is already well established. They might even be significantly younger than the majority of the existing members.  So how can young people draw inspiration from a situation that was quite different from today’s reality?

Well first of all, we must not forget that before the initial companions made their group decision, each of them had made their own personal decision to follow the Lord in poverty and chastity.  They had already surrendered themselves completely to God.  As individuals, they were not just going along with the group for the sake of it. Today, if a young man went to the Jesuit Provincial and said, ‘my two best friends want to be Jesuits, so I want to join too’, I’m sure the Provincial would ask him to think again! In the long run, no group dynamic can support members who have not fully embraced the ways of religious life in their own heart. The mainstream culture does not encourage young people to join or stay in religious orders anymore. Religious orders will only grow if people hear a personal call from the Lord and respond to this call generously and freely. The fruit of such a decision is the fruit of the Holy Spirit – joy and peace.

That said, once a person has made this personal decision, they will soon discover that they are not on their own. Since I joined the Jesuits I really have found many ‘friends in the Lord’. The guys that I am close to are almost like brothers. We may never found a new religious order but we definitely want to do something for God together.  We experience joy in this way of life and we are grateful for our vocations. It is also a privilege to get to know those older men who have served the Lord faithfully for many years. Yes, it is important to go back to the beginning and to learn from the original charism.  But it is just as important to learn from those who have walked the walk and who are able to talk about their experience. We must do all we can to ensure that their wisdom remains a living wisdom.

In the next twenty years or so, the size of religious congregations will shrink significantly.  I trust that there will eventually be a revival in religious life, but I do not know when it will happen. In the meantime, my sense is that the new generation of young religious are called to be a bridge that will span this gap. What we have before us now is an opportunity to learn from the past and to prepare well for the future.  When people look back on our time, I hope that they will say this is what we did.