Skip to main content
Photo by Timothy Eberley on Unsplash 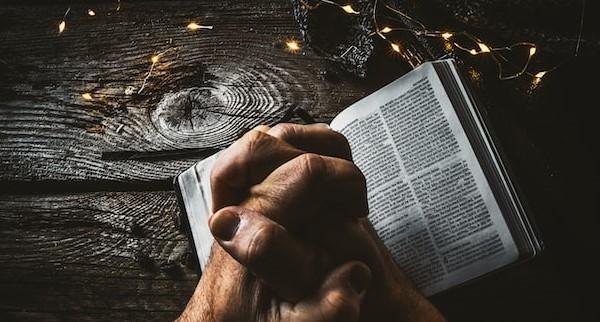 Peter Edmonds SJ reflects on the weekday readings for the second week of Advent.

Monday (5 December): The glory of the Lord

Joyful occasions call for joyful preparations. Our next Advent Sunday, the third, is commonly called ‘Gaudete’ Sunday, the Latin word meaning ‘rejoice’. This is the first word of the entrance antiphon of the Mass of the day. This week’s readings from Isaiah can be read as texts preparing us for this joy which belongs to our Christmas preparations.

Joy for Isaiah extends to the whole of God’s creation. He speaks the optimistic language of a poet. The desert, part of Israel’s story because of the forty years of trial the people spent in their wanderings, becomes a place of beauty and abundance, bright with flowers, as do the mountains of Carmel and Sharon. God’s people push aside their fear and trembling. The blind see and the deaf hear. Wild animals live in harmony. Those now in exile in Babylon return home in a new Exodus on a Sacred Way, as they relive the desert journey of their ancestors this time to their own holy city of Jerusalem.

In our gospel story, Jesus heals a paralysed man. On other occasions, he brought sight to the blind and hearing to the deaf. The evangelist teaches us that through a ministry of healing and in preaching the kingdom of God, Jesus brings to reality the bold promises of the prophet Isaiah. This mission continues in the life and purpose of the Church. May we welcome our own part in it as we continue our preparations for the joy of Christmas in this second week of Advent.

Father, as we prepare for Christmas in this season of Advent, may we appreciate and share in the joy of your prophets as they looked forward to the future that you were preparing for your people in the birth of your Son. We make this prayer through Our Lord Jesus Christ.

The scripture readings in Advent prepare us for Christmas. For the first two weeks, we hear from Isaiah. In the first week, Isaiah addresses a situation when Israel was in conflict with the superpower Assyria 800 years before Christ. Assyria was a nation with many gods; Israel recognised one God who had created the whole earth and who had redeemed his people from slavery in Egypt. This God longed for his people to live in peace rather than war, who embodied in himself all the qualities of a just king and ruler, one who feeds his people in abundance, a loyal and reliable rock, who gives sight to the blind and hearing to the deaf. This is the God who is the Father of our Lord Jesus Christ.

In this second week, circumstances have changed. The prophet addresses a new situation. God’s people have been released from Babylonian captivity and are now returning home from exile. God proclaims, ‘Console, console my people’. Isaiah pictures God as a shepherd holding his lambs in his arms. In the Middle East, shepherd language was applied to kings. A good shepherd is a wise ruler who looks after the peoples entrusted to him.

Isaiah teaches us about the God whom we venerate as shepherd and father, whose word at Christmas time becomes flesh and who now dwells among us. When Jesus speaks of a shepherd searching for a sheep who is lost, he is speaking of his God and ours, a God who consoles his people.

Father, we pray that this Advent, we may come to an ever deeper knowledge of who you are, as our creator and redeemer, and especially as our shepherd who has revealed yourself in the life and teachings of your Son. We ask this through the same Christ our Lord.

‘The Lord is an everlasting God; he created the boundaries of the earth.’ (Isaiah 40:28)

It is hard for us to imagine a city having idols and temples on every corner designed to remind her people of the power and activity of their local gods. Such would be the scene that met the inhabitants of Jerusalem when, banished from their own city, they found themselves in exile in Babylon. They would be expected to abandon their worship of the God they served in Jerusalem and to give their allegiance to the gods of their new locality. They would be told that their God might be powerful in Jerusalem, but powerless away from it.

The prophet Isaiah teaches us today how these exiles would be expected to reply. Their God, who is also our God, is the God who created ‘the boundaries of the earth’. The first page of our bible offers us a poetic account of this creation. God’s dominion extends even to the stars. Isaiah imagines these stars as angels in God’s army, known to him by name. This God does not grow weary but is at work conserving his creation. He is a God not of one nation only but of the entire cosmos.

We may grow weary but our God does not. Jesus, in today’s gospel, recognises our weariness and offers us ‘rest for our souls’. As Gaudete Sunday approaches, it is good to be reminded of our God who is active and creative. In Christ, God offers us a share in the rest God enjoyed on the seventh day of creation.

Father, today we reflect on you as our creator and as creator of the whole universe. You are also a God who created the Sabbath rest; may we, through your Son, have a share in this rest as part of our Christmas joy. We make this prayer through Christ our Lord.

The Immaculate Conception of the Blessed Virgin Mary (8 December): The model disciple

Many Catholic countries celebrate this day as a public holiday, such is the respect that they have for Mary, the mother of Our Lord whom we acclaim today as one conceived without sin. It is good to reflect on the portrait we form of her based both on Luke’s story of the Annunciation told in our gospel reading, and on other texts of the same evangelist.

As a model disciple, she proves herself obedient to the word of God, saying: ‘Let it be with me according to your word’. She praises God in her ‘Magnificat’ after her visit to Elizabeth: ‘My soul magnifies the Lord’. Simeon’s words, when she presented the child Jesus in the temple, that a sword would pierce her soul, find fulfilment when her child is lost for three days. Her faith endured without fully understanding what God was demanding: ‘they [Mary and Joseph] did not understand’.

During his ministry, Jesus pays tribute to Mary: ‘My mother and my brothers are those who hear the word of God and do it’. After Easter, we read of the disciples that: ‘All these were constantly devoting themselves to prayer, together with certain women, including Mary the mother of Jesus, as well as his brothers’. Mary shares the prayer of her fellow-believers. There are times when we rightly pay tribute to Mary because of her heavenly queenship. At others we honour her because she is a member of the Church, a model disciple whom we not only admire but imitate too.

Father, today we join the universal Church in thanking you for the gift of Mary who was conceived without sin. May we appreciate her not only as one sharing in heavenly glory but as our example and model as we follow her as disciples of your Son. Through Christ our Lord.

‘If only you had been alert to my commandments, your happiness would have been like a river.’ (Isaiah 48:18)

We meet God in different guises in the writings of Israel’s prophets. At times, as at the beginning of Isaiah, we view him as a majestic and holy God enthroned in heaven like an earthly monarch surrounded by a court of powerful angels, but at other times, such as in the Isaiah passage we hear today, he seems remarkably human, expressing emotions familiar to each of us, such as disappointment.

In his disappointment, God speaks of a river. There was a river which watered the garden of Eden which God prepared for our first parents. He speaks of children numbered as ‘grains of the sand’. God had promised Abraham children who would be numbered as the grains of sand on the seashore. God is disappointed. Humanity’s flawed human response to his promises had brought them to nothing. But God is the Holy One and the redeemer and St Paul assures us that God ‘never takes back his gifts or revokes his choice’.

A similar stubbornness and resistance to God’s generosity is reflected in our gospel reading from Matthew. Whether God spoke to his people through the asceticism of John the Baptist who came ‘neither eating nor drinking’ or through the generosity of Jesus who came as ‘Son of Man, eating and drinking’, his hearers proved deaf to his message. This mid-point of Advent may be a wake-up call to us as we prepare to celebrate the ‘joyful’ Sunday of Advent that is upon us. Pray that we may not disappoint God.

Father, it does happen that children at times disappoint their parents and promises do not come to fruition. May we pause on this Advent day to reflect on how we have disappointed our God, who is our creator and redeemer, and let us ask for forgiveness. Through Christ our Lord.

‘To turn the hearts of fathers towards their children.’ (Ecclesiasticus 48:10)

We all enjoy remembering and quoting wise sayings of grandparents and other respected figures from the past. The author of the book of Ecclesiasticus was proud to pass on the wisdom which his grandfather taught him. This included treasured reflections on the heroes of Israel’s history, and among these was the prophet Elijah. He passes on traditions which we find recorded in attractive and dramatic detail in the Books of Kings.

This Elijah, said to have been carried to heaven by horses of fire in a chariot of fire, was expected to return before the God’s final judgment of the world; part of his mission was, in the words of the prophet Malachi, ‘to turn the hearts of fathers towards their children and the hearts of children towards their fathers’, to effect reconciliation between family members. These words were quoted by the angel Gabriel when he announced the birth of John the Baptist to his father, Zechariah. This John would wear the costume of Elijah and share his diet. Like Elijah confronting Ahab, John would confront the powerful of his day in the person of Herod Antipas.

Coming down the mountain of the Transfiguration, Jesus confirmed to his disciples that Elijah had returned in the person of John the Baptist. In all the gospels, John played an essential part in announcing the mission of Jesus. The gospel passages appointed for the third week of Advent all speak of John. May his person and career enrich our own prayerful preparation for Christmas.

Father, may we learn to treasure the wisdom of the past and its heroes, too. As we reflect on the mission of Elijah, may we with John the Baptist become agents of reconciliation not only between parents and children, but between all members of the human family. Through Christ the Lord.

Advent Examen: 1. What do you say?