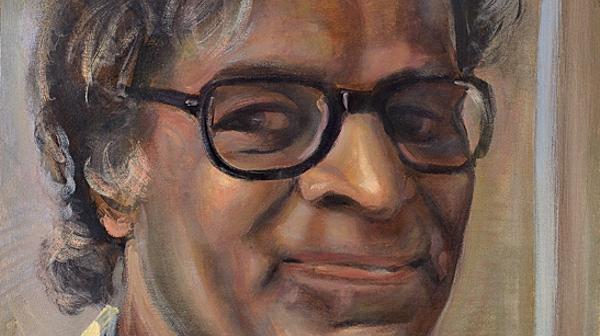 We’re halfway through the Jesuits in Britain’s calendar for 2014, and this month the focus is on Anthony de Mello. A Jesuit of the Bombay Province, de Mello certainly ‘ruffled a few feathers’, but he was, primarily, a ‘wisdom teacher’. Michael Barnes SJ describes the man and his spirituality, and recalls his own meeting with the controversial author of Sadhana.

When the 32nd General Congregation began in the Autumn of 1975 I was in the middle of my graduate studies in Indian Religions at Oxford.  A General Congregation is the most authoritative body the Jesuits can assemble. One of my fellow doctoral  students was in Rome on translation duties.  At some point he came back and gave me a sheaf of type-written pages which he thought might be of interest.  They consisted of a series of simple meditation exercises which were being given to delegates at the meeting every morning.  I glanced through them and found myself face to face with something familiar.  They were built on the principles of Buddhist mindfulness that I was at that moment beginning to write up for my degree.  The pages were the ‘first edition’ of Sadhana – A Way To God and the author was, of course, Tony de Mello, a Jesuit of the Bombay Province.

A few years later Tony came to England to give a retreat at Loyola Hall.  At one point I went for a walk with him and asked him about the origins of Sadhana – A Way To God.   He told me that the most original idea, the guiding practice, was indeed taken from the Theravada Buddhist tradition of Vipassana or ‘Insight’ meditation.  Like many post-Vatican II South Asian Christians Tony had done a retreat with S.N.Goenka, a Burmese meditation teacher who had developed a modern version of this ancient practice specifically tailored for the needs of lay-people.

Many of the Sadhana exercises were the fruit of Tony’s particular take on Ignatian imaginative contemplation – fantasy meditations in which I am invited to scrutinise my epitaph or eavesdrop on my funeral, or I face an empty chair and imagine the person of Christ sitting in front of me.  But what gave them all a particular life and energy was his adaptation of Buddhist mindfulness.

In order to settle down to pray, he said, just listen to the sounds around you, or feel the sensations on the back of your hands, or watch the rhythm of your breathing.  The aim is to enter into the present moment, to attend to the here and now.  Once mindful of what is given to consciousness you begin to settle, and really listen.  The result is an expanded sensitivity to the world of experience, what allows the Buddhist to see things as they really are, a wisdom that leads to insight and enlightenment.

Sometimes he gives advice, on posture or breathing, which might have come from classic Buddhist manuals.  But nowhere does he commend such exercises for their own intrinsic value or separate them from his own Christian purpose: to help us to become more sensitised to and aware of the presence of Christ, God-with-us.  Even when he describes the excruciating pain of Zen-sitting (I remember well the agonised look on his face as he recalled this episode in the middle of our retreat) he still manages to link it with his opening phrase: ‘be still and know that I am God’.  If God is in all things then that means precisely all things.

Tony was trained as a psychotherapist and he developed a reputation as an extraordinarily perceptive spiritual guide and counsellor.  No doubt that was one reason why he developed his relaxation exercises in such detail.  But it’s easy to ignore the third part of Sadhana.  Called simply ‘Devotion’, it consists of traditional forms of Christian prayer, including references to Benedictine Lectio and the ‘blind stirring of love’ described in the Cloud of Unknowing, a 14th book on mystical prayer by an anonymous author. Tony intended the Buddhist mindfulness exercises as no more than an introduction to prayer, a preparation which would build up the right dispositions for listening to the Word of God.  His genius lay in bringing the two together in a simple practical manner.  On that walk round the Loyola Hall garden I remember him talking animatedly about how the Word comes alive once one has been sensitised to a world shot through with the life of the Spirit, a world which speaks of the divine life in the minutest experience of the everyday.

There was a lot more to that retreat than a charismatic Indian guru dropping a few Eastern meditation exercises into the standard fare of the individually guided spiritual retreat.  We were some twenty five retreatants, a fair spectrum of the British Province.  We began by sitting in a circle, introducing ourselves briefly, before Tony opened up a discussion.  He would then give us an exercise, after which we would break up into small groups and share the fruits of our prayer.  I noticed that he began by very deliberately addressing us by our first names; within an hour it was clear he knew them all.  I asked him afterwards how he did it and he admitted that he had a very bad memory and had had to train himself.   It was one of his many techniques, this time for managing a group.  A bit mechanical perhaps, but somehow it set the tone; we were all made to feel that he knew us, that each of us had something important to say.

It was a retreat of extraordinary contrasts.  There was a lot of talking, questions and discussion in the large group but the mindfulness exercises and what flowed from them were the core of everything he proposed.  Even when we sat together and prayed in the group the sense of engagement with something profound was palpable.  At the end of the last Mass we had an opportunity to say something about how the retreat had affected us.  I shall never forget one of the senior fathers, shy, reticent, still sporting a large white collar, and very much of the ‘old school’, saying with a deep sincerity that this retreat had been without a doubt the best experience of the Exercises he had ever had.  He died very suddenly and peacefully about ten days later.  Tony had done something very special for him.

I never met Tony again.  He himself died suddenly in the USA, aged 55.  But in another way I have been running into him ever since.  When I was in India for tertianship, the final period of my Jeusit training, his was a name to conjure with.  When I visited the centre he founded at Lonavla, not far from Pune, it was clear that the de Mello spirit lived on.  When I teach my course on Indian spirituality he joins a distinguished list of Christian teachers who have engaged deeply with Asian forms of meditation, from Thomas Merton and Bede Griffiths to William Johnston and Hugo Enomiya Lassalle.

The influence he had on Jesuits in India, at a time when Ignatian spirituality was still searching for its identity, was enormous.  He was quoted regularly, not always with total approval, but with deep affection.  And, of course, his never-ending collections of little stories and retreat notes have been a staple of the retreat – and inter-faith – literature for decades.  Yet he remained something of a controversial figure.  A man of such strong opinions, creative energy and sometimes eccentric pastoral instincts was bound to ruffle a few feathers.

In 1998, some ten years after his death, I received a phone-call from the editor of a Catholic newspaper.  Would I care to comment on the judgement against Tony de Mello just issued by the Vatican?   I was incredulous.  You know he’s dead?  I remarked sarcastically.  Yes, said the slightly embarrassed young man, but the CDF have questioned his orthodoxy.  That process was bound up with the detailed scrutiny of the teaching of Indian theologians that issued in the publication of Dominus Iesus in 2001.  The most prominent figure to come under official suspicion of promoting relativism in the theology of religions was, of course, Jacques Dupuis.

A number of friends and colleagues rallied to defend Tony’s memory, many making the point that a man who was a retreat director and not a systematic theologian could hardly be judged by the rigorous standards fit for a university professor.  Tony was primarily, said one, a ‘wisdom teacher’.  He told stories, quoted proverbs, linked culture and religion and daily life in ways that made people think – and pray.  He always intended to put his own thoughts into a more orderly form, suitable for publication, but the book never materialised in his life-time.   Later collections of his writing were not the best of him.  He was a speaker not a writer – at his best in front of people, small groups of compliant retreatants or large crowds of eager students, passing on something of his own deep experience of the love of God.

It is fashionable to talk these days about ‘legacy’.  Tony’s is difficult to pin down because as a ‘wisdom teacher’ he touched people’s hearts not their heads.  And the people of India, with their extraordinary history, diverse cultures and deep sense of a mysterious spiritual reality colouring the whole of life, are not to be pigeon-holed into pre-determined categories – and certainly not dulled into submission with some all-encompassing set of propositional truths.  It was his eclectic mix of sources that got him into a bit of posthumous bother.

Yet this was the work of a Catholic bodhisattva – literally a ‘being for enlightenment’ – who had developed what the Buddhists call the ‘skilful means’ to adapt what needs to be said so that this particular person, the one to whom I am speaking to at this moment, can understand and respond.  He commanded attention not because he was a larger than life extravert whose energy captivated people, nor because he always had an amusing little tale to illustrate his point, nor because he had developed the ability to make each individual feel they were the centre of attention.  Primarily he believed he had something to say – and that something was the Word of God that he found reflected in every facet of his beloved homeland.