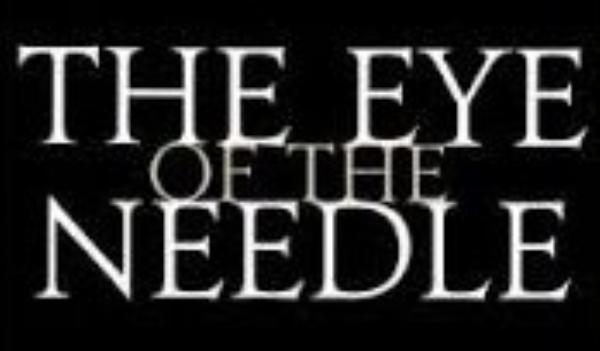 At a recent Theos event in the House of Commons to mark a visit of the American Christian writer and campaigner from Soujourners, Jim Wallis, all the spokespersons for the main political parties agreed that doing something to eradicate poverty in Britain was a good thing; the ‘poor’ were not to be left to their plight, or simply blamed for being there. But what was worrying was a disturbing tone of condescension, not least in the suggestion from a politician that of course it was the job of the Church – and churchgoers – to show Christian charity and help the poor, especially through a bit of extra voluntary work in one’s spare time or a more generous donation of one’s surplus resources.

Of course, this is at least encouraging after decades of outright rejection even of the existence of poor people in Britain, decades of debate over how poverty is to be defined – and if it’s only ‘relative poverty’ (measured in exact relation to the better off and the rich) then it can be assumed to be part of a ‘culture of envy’ and idealistic, unattainable and economically damaging ‘equality’. Accepting that some poor people might exist does not automatically carry us into a clear and detailed analysis of complex causes to be tackled – but it does fit neatly into a rather more compassionate version of the economic growth and trickle-down theory which universally dominates global economic, social policy and ethics. Rather than ‘step over the poor on the way to the opera’, as one Conservative minister once put it, at least there is now an acknowledgement that they should be helped rather than ignored… wealth creation and economic growth should, in principle, reach down to clear up the place …  But El Salvadoran Jesuit, Jon Sobrino, calls a halt, describing as ‘unethical’ the approach that says ‘any means of alleviating poverty will do’.

Jon Sobrino’s brief ‘utopian-prophetic essay’ The Eye of the Needle is a deep challenge to this whole approach.  Basically, those who talk and write about the poor are usually in the wrong place, even pushing to help them from the wrong position.  Those who are not poor need to start from somewhere else – among the poor – or at least listening to the poor; they need to relocate, and radically move to a different viewpoint.

It’s a strong radical position – ‘no Church’ apart from the poor? What does this mean? Jon Sobrino knows that letting salvation come from the poor is not easy to accept and it requires a new logic. The difficulty is that even the concept ‘the preferential option for the poor’, introduced at the Latin American Bishops Conference of Medellin in 1968 is not only interpreted differently in different contexts, it has been modified and mollified under the guise of reaffirmation as it has passed on through recent encyclicals.  Puebla in 1979 affirmed the ‘need for conversion on the part of the whole Church to a preferential option for the poor – an option aimed at their integral liberation’.  By Sollicitudo Rei Socialis the preferential option for the poor had become ‘a special form of primacy in the exercise of Christian charity’ – not too far from ‘be kind and nice to the poor’, and certainly nervous of a concept that may undermine cosy consensus politics and provoke conflict (pitting one group or class against another).

Sobrino insists on focusing on this ‘need for conversion’ and draws the concept of the preferential option for the poor back to its Christological roots, in the Gospel accounts of Jesus Christ unjustly put to death on a cross, thereby identifying himself (and God) with all victims. ‘The question therefore is not whether someone is seeking God or not, but whether they are among the poor and victims’.

As Sobrino spells out in his brief analysis of the globalised economy, absolutising the right to property and dispensing with ethics means that ‘the rich and most powerful countries have abdicated from democratic principles (justice, freedom, equality, solidarity) in favour of the laws of the market’, and as a result, every day 25,000 die of hunger, while worldwide spending on the most profitable arms trade escalates to a staggering £3.3bn a day (p.23). ‘Directly or indirectly hunger, weapons, forced migrations through lack of land, water or soil result in death’; all this turns the vast majority of our world into crucified people, whose human face continues to be wiped out by the sin of the world.

The Eye of the Needle is no naïve call for political change or ‘alternative worlds’, nor is it a classic romanticisation of the poor. Drawing on the work of his martyred Jesuit brother Ignacio Ellacuria, together they look to ‘the poor with spirit’ (notably not ‘in’ spirit) who die before their time as the key to salvation. Says Sobrino, ‘put simply, the poor have values and produce positive results, which though they may not represent massive changes to social forms do point the way and do offer elements of a new society’.

Even in the British context, to believe that of the people of Dewsbury who gathered round when little Shannon Matthews disappeared would be a break with a culture permanently blaming and mocking the poor. But Sobrino’s deep message is that championing the Millennium Development Goals or being kind to the poor is not radical enough. The call to conversion and ‘redemption’ (a term Sobrino notes is today ignored, p.68) means that we cannot miss out the experience of the Crucifixion and ‘paying the price’. He concludes, ‘the times do not seem to be right for talking like that. Our society’s – understandable but dangerous – goal is to save only by producing goods, as if then its evils would disappear of their own accord without leaving any scars and without sin’s habit of ‘creeping back’ to produce death and inhumanity again’. The prophet in Sobrino leaves us on the hook with the parable of the rich man and Lazarus in Luke’s Gospel: ‘they will not change even if someone rises from the dead’!

Religion Hurts: Why religions do harm as well as good