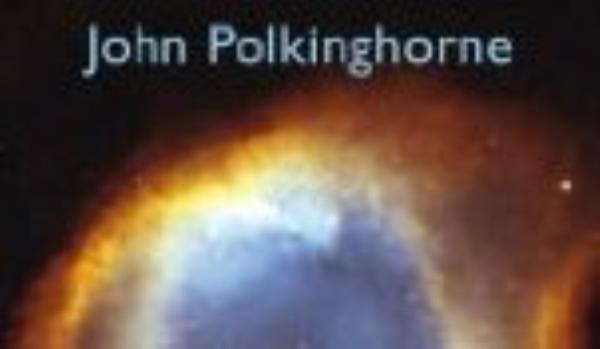 At any given moment, each of us is situated at one particular location that offers one particular visual perspective; nobody can see things from no point of view at all. This can also be said with regard to theology: theology is always done within a specific context and from a particular perspective. This basic insight underlies Polkinghorne’s interesting book. He offers an overview of the kind of theology that can be articulated from within the context of natural science. Most of the material is derived from his John Henry Hall lectures, delivered at the University of Victoria, British Columbia, in October 2008.

In his first chapter, entitled ‘Contextual Theology’, Polkinghorne spells out what natural science has to offer, in terms of a perspective from which to see and do theology, when compared with other contexts such as feminism. He highlights the idea that science requires more than mere ‘common sense thinking’, which is not adequate for those who want to describe the world comprehensively. One needs to be open to learning about entities or aspects of the world that are not discoverable by common sense. Consider, for instance, evolutionary biology. The advent of and developments in this field of study have allowed us a glimpse of the vastness of temporal becoming which was not possible previously. Its shocking novelty has caused some people to have doubts about the compatibility of an evolving universe with the existence of God, but Polkinghorne shows that such doubts are not justified. For him, the evolutionary character of the universe is fully consonant with Christian theology, and he says this becomes obvious once we realise that God’s act of creation is, in itself, a kenotic act of divine self-limitation. God decided to become dependent on his creation; he decided to watch how it unfolded. Thus, kenosis, the self-emptying of God, is not a divine act related only to the Incarnation, it is present also within the very act of creation.

This is just one example of the insights that Polkinghorne offers as he theologises from within a scientific context. His approach is always edifyingly modest and constructive. For him, science can illuminate theological discourse without pretending to determine it. He adopts what he calls a ‘bottom-up’ style of reasoning, that moves from evidence to understanding. Hence, he adopts the same method in theology as is used in science. Especially valuable are his studies on the nature of consciousness, on values, and on life after death. For the latter topic, he draws inspiration from the idea of ‘information’ that is used in biology. He suggests that the soul can be seen as the information-bearing pattern carried by the body during life, and preserved by God after death.

All in all, the book reads very well, and is entirely accessible to a wide variety of readers. The careful reader may find some occasional weak points. For instance, on page 17, Polkinghorne states that epistemology is the knowledge of nature. This is misleading. Epistemology is in fact that part of philosophy that deals with the nature of knowledge. The question ‘What is knowledge?’ is not the same as ‘What is nature?’ Moreover, Polkinghorne sometimes seems to unfairly underrate the work of theologians. On page 35, he writes: ‘when theologians talk about “the world”, their meaning is usually the immediate human locality of planet Earth.’ I don’t see any traces of this parochial attitude in the work of the likes of Augustine, Aquinas, Rahner or Barth – certainly not when they deal with subjects like creation and the nature of God.

These, however, are minor points. There is no denying that Polkinghorne’s many interesting questions explore new and exciting avenues. For instance, consider the point already mentioned: the problem of the irreconcilability of God’s omniscience with the contingency of an evolving universe. He postulates a solution to this by claiming that God has freely chosen to make Himself dependent on an unfolding creation. Using the Pauline notion of kenosis, he brings in Christological dimensions that are not often seen in contemporary discussions of creation. Polkinghorne is fully aware of the complexity of this point. He does not say that because of the kenosis of Christ, God ceases to be God; nor does he deduce, from the fact that God chose to make Himself dependent on his creation, that the divine attributes of omnipotence and omniscience are not applicable to God. He invites us to keep all of the absolute perfections of God in tension with the kenotic fragility that is evident in Christ and in the very act of creation. This tension can only be maintained by talking about kenosis within a Trinitarian context. Polkinghorne’s analysis, therefore, is a great opportunity to revisit some fundamental notions of the Christian faith.

This book comes across as an overview of the harmony between the life and work of a believing scientist. As such, it is certainly a success, and to be recommended. Moreover, by showing how scientists justify their proposals in a similar way to theologians, Polkinghorne offers a stimulating motivation for further reading and work in this area.