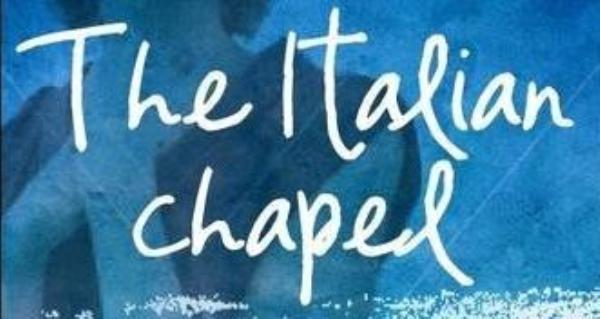 In May 2008, I received an email from a journalist by the name of Philip Paris. He was enquiring about Father Joseph Ryland Whitaker SJ, who was based in Lerwick and Stornoway in the 1950s and ‘60s, and Father Herbert Bamber SJ, who was at Kirkwall, Orkney, between 1964 and 1983.

Philip was carrying out research for a book he was writing about the building of a spectacular chapel on the Orkney island of Lamb Holm by Italian prisoners of war during the Second World War. Both priests were involved in the chapel after the war.  Philip first encountered and became captivated by the Italian Chapel when he and his wife went to Orkney for their honeymoon in 2005.

Finding the information that Philip was looking for was easy (the Jesuits are very good at keeping records). But his request did whet my appetite to find out more about the Italian Chapel. An Internet search yielded some results: glorious photos of both the interior and the exterior, in sunny times and with snow upon the ground. Its history, too, is covered in some depth on several web sites. It was indeed a beautiful construction, but my own research failed to get beneath the surface, to tell me anything about the men who built it or what happened to them – and to the chapel itself – after the war. When I opened The Italian Chapel and started reading, I was transported into a world of pain and beauty, hope and despair, art and war, human resourcefulness and spiritual heights. The chapel itself is the central character of this historical novel and in many ways the amazing painting of the Madonna and Child behind the altar dominates it. But what a strong and glorious supporting cast Philip Paris has assembled, or rather, had assembled for him from Italian vineyards and military establishments, from Orkney farms and North African battlefields, and from blacksmiths’ forges and hospital emergency departments.

The Italian Chapel on Lamb Holm is world famous. Around 90,000 people visit it every year to see the fruits of the labours of the Italian prisoners of war of Camp 60.  Their primary enforced task between May 1940 and September 1944 was to build the Churchill Barriers. Following the sinking of HMS Royal Oak in Scapa Flow the previous October by a German U-Boat, Churchill had ordered the construction of protective barriers between islands. Thecontract was given to Balfour Beatty, but the labour was provided by over 1,300 Italian prisoners of war who had been captured in North Africa, including 550 from Camp 60.

Philip Paris actually begins the journey at the end of the war, when bulldozers arrive at the camp to demolish it. Nothing was to remain. The demolition crew’s assault was brutal, but they were forced into a situation that made them question their instructions, when they arrived at two unusual Nissen huts joined together. Cement and plaster, wrought iron and tiles, barbed wire and paint had been painstakingly, artistically and lovingly used in constructing a chapel for the men. The crew refused to complete their destructive task and the Italian Chapel was left undisturbed.

Paris presents masterfully the triangular nature of the relationships between the characters: the prisoners, their camp supervisors and the locals. But after a while, they start to merge, as hostility, suspicion and animosity melt into mutual respect, then friendship and even love. The pictures the author paints in his writing – the characters, their emotions, aspirations and endeavours, and the landscapes (including the inhospitable weather) – are more than just the product of a creative and active imagination: these are real people, ordinary people doing extraordinary things in exceptional circumstances. Paris did three years of research and tracked down ex-prisoners of war from the camps on Orkney, as well as the descendents of the artists and those involved in running Camp 60. He uncovered true stories hitherto unknown, including that of a secret love affair between one of the prisoners of war and a local woman.

The prisoners of war have their work and their recreational activities. They have their friends, with some friendships developing into love, albeit with limited opportunities for it to blossom. But as the months and years of captivity start to build up, and the levels of despondency and short-temperedness increase, one of the prisoners, Domenico Chiocchetti, realises that the men lack one major thing: refreshment for their spirits. He hits upon the idea to build a chapel. On the one hand, it would keep them occupied, give them the chance to concentrate on something positive and to use their skills and talents. But in the longer term, it would also be a place where they could find spiritual comfort and strength as they face the enemies of loneliness and separation from their loved ones.

The idea wins the support of the camp commander and month after month of industry follow. But this is not just two Nissen huts with a table as an altar, around which Sunday Mass could be celebrated. This is an exhibition of pure craftsmanship: from the relief of Christ’s head crowned with thorns to the massive mural (Regina Pacis, ora pro nobis), and from the candlesticks to the chapel bell retrieved from a scuppered ship.

The Italian Chapel is described as a historical novel, but it is easy to imagine it as a film script or a television drama. Each chapter feels like a scene and, were I a movie producer looking for an idea based on a breathtakingly beautiful wind- and rain-swept location and which explored some of the deepest emotions and richest achievements of human beings, I would have found it in The Italian Chapel.  The novelis far more than just a historical account of the construction of a place of worship and solace in a prisoner of war camp in World War II: this is a 272-page memorial to goodness and greatness. It is a tribute to the resilience of the human spirit, of its ability to overcome the harshest of circumstances and to create a thing of beauty and splendour from the crudest and most unlikely of materials. The prisoners of war of Camp 60 – inspired by people like Domenico Chiocchetti and supported by the staff of the camp – rise from despair to glory.

In the First World War, the story that captured the imagination of people of goodwill was that of enemy soldiers in the trenches uniting in the singing of Stille Nacht (‘Silent Night’). The story of the Italian Chapel is similar but, told in this new and moving way by Philip Paris, I think it is even more inspirational.

If ever you plan a holiday to the Orkneys, be sure to visit the Italian Chapel on Lamb Holm. If you don’t get there in person, do check it out on the Internet; it really is beautiful. And if this Christmas you want to give someone a book that is well written, deeply spiritual and incredibly uplifting, I strongly recommend The Italian Chapel.

The reviewer, Ged Clapson, is Communications Officer for the British province of the Society of Jesus.

Find this book on Black and White Publishing's web site