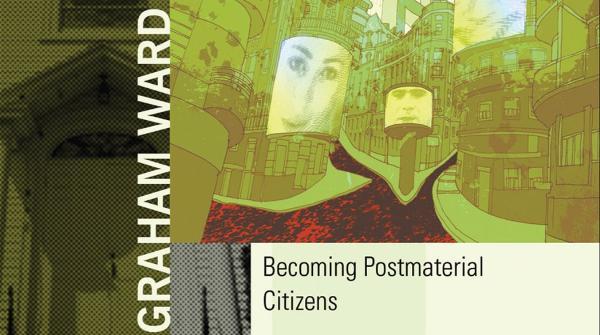 Rather than undertaking a detailed analysis of the causes of the recent banking crisis, or offering commentary on remedies such as introducing a fiscal stimulus, quantitative easing and stiffer regulation, Pope Benedict’s latest ‘social encyclical’, Caritas in Veritate, ploughs a much deeper furrow, proposing in summary that we all need to reflect, ‘think’ and ‘pray’ more deeply.

The latest contribution from Graham Ward (professor of contextual theology and ethics at the University of Manchester), The Politics of Discipleship, takes us straight into that work of thinking and praying more deeply. Firstly, a caveat to those looking for a quick ‘election fix’ that the title may suggest misleadingly: Graham Ward underlines that his ‘account of Christian political discipleship will not inform you how Jesus wants you to vote …. I am not going to tell you that Jesus loves democracy, or that Jesus and Che Guevara shared the same political vision, or that the Christian Gospel advocates the political need for hierarch and dictatorship’ (p. 262). What Ward does in this intensely reflective and analytical book is insist that we press the pause button and pay serious attention to what is actually going on in the context of the economic, social and cultural changes happening around us. This is not an attempt ‘to make the Church more political or make believers more political’; rather, he notes that ‘the people I know in the Church tend to be more politically aware and engaged than most people I know in other social groups’ (p. 18).

The Politics of Discipleship examines ‘the World’ in terms of the ‘crisis of democracy’, globalisation and post-secularity: ‘the new visibility of religion’; and examines the Church in terms of ‘the City and the struggle for its soul’ (‘the City’ being one of Ward’s major themes), ‘the metaphysics of the body’ and ‘the politics of election’, rooted in his scholarly analysis of the New Testament writings of St Paul and St John.

Ward argues that faithful political discipleship ‘in a post-everything world’ needs ‘a theological metaphysics for post-materialist values’. This is a heavy work of philosophical theology, exposing the deceiving metaphysical vision that drives neo-liberal accounts of individualism, free trade, markets and globalisation. His critique of consumerism and media-orientated politics with their new ‘virtual’ dimension exposes the promotion of the ‘myth of bodies freed from the restrictions of time and space’ (p. 66) which in turn undermines social values. Moreover, he argues that ‘where the citizen as customer or client is merely requested to be satisfied with the services provided, there is rampant depoliticisation that endangers democracy’ (p. 153). For Ward the enemy is ‘depoliticisation – as we move into the world of entertainment, amusement and superficial aesthetics’. He addresses ‘virtualisation’, ‘commodification’ and ‘dogmatic secularism’, as well as ‘the myth of infinite freedom of hyper individuals’ in three brilliant chapters of critique of where we think we are at the beginning of the twenty first century.

But it is his theological analysis that takes us into the deeper waters, focusing on the Eucharistic meaning of the words in St John’s Gospel: ‘He dwells in me and I in him’, and exploring the implications of ‘submission to Christ in common with other Christians living sacramentallly governed lives, experiencing through suffering the disciplining of their desires by Christ’ (p. 203). He turns to St Paul’s theology of the body to ‘put the soma back into sarx’ and ensure that bodies are always regarded as heaving with meaning. His comparison of Hegel – ‘too Lutheran, too orientated to the working of the Crucifixion’ – with St Paul’s ‘metaphysics of the body politic’ (centred on the Resurrected Christ) is an intense and carefully developed approach.

But The Politics of Discipleship draws rapidly to a surprising ending, touching on an analysis of ‘the common good’ and ‘being members of the Body of Christ’ (salvation understood as becoming truly human, truly embodied’ [p. 254]) but turning to ‘the common practices’ spelt out in St Matthew’s gospel instruction to ‘feed the hungry, give drink to the thirsty, clothe the naked, visit those in prison and welcome the stranger’. These acts, stresses Graham Ward, ‘constitute the Body of Christ, the Church as such’. Elsewhere in his writings he refers to them as ‘transformative practices of hope’ – practices that resist current dehumanisation, dematerialisation and depoliticisation.

Finally, he directs us to follow Christ through prayer, which he describes as ‘the most political act any Christian can engage in’ (p. 276), for ‘only in prayer is the discipline of listening developed’. It is not a self-interested activity (fostered by some contemporary personalist ‘spiritualities’), for in prayer: ‘It is both I and the Spirit within me who pray’; ‘Christ in me disrupts the atomised individual, unseats him or her from being in command, opens the self to the infinity of what is God’.

Graham Ward’s Politics of Discipleship is not a guide to the forthcoming elections; it is a tough challenge to pay much more attentive concern to the deep currents of what is going on – to reflect, act and pray.