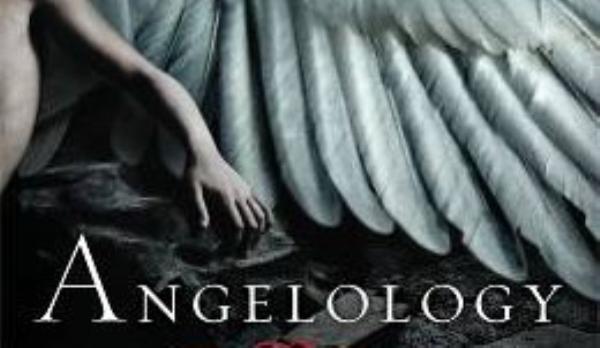 Remember when The Da Vinci Code hysteria exploded; when a group of your friends who were never interested in Christianity started talking as if they were experts in church history and Christology? Catholics (Opus Dei in particular) found themselves having to refute some ridiculous claims, and many who would never have touched such a gimmicky bestseller needed to read the book in order to understand the hype.

Danielle Trussoni is hoping to cash in on Dan Brown’s success with Angelology, a puzzle-solving thriller with Church conspiracies. The book also picks up a more recent publishing craze, that of the supernatural love story. The ‘Paranormal Romance’ sections that now feature on the shelves of most bookshops were born out of the success of Stephanie Meyers’ Twilight series. But apparently vampires are passé, and if you are at all familiar with the latest publishing clichés then you will know that angels are the new vampires. Trussoni’s book spearheads this trend, set to be the Next Big Thing. Her last book, Falling Through the Earth, was a biography of her father, a tunnel rat in the Vietnam War, and was voted one of the ten best books of that year by the New York Review of Books. With the marriage of her non-fiction background with a popular format in this new book, she had the publishing companies in a frenzy.

The plot revolves around a nun, Sister Evangeline, who has lived in the Saint Rose Convent in upstate New York for most of her life, having been educated there as an orphan. She remained in the convent to pursue a life with the sisters out of both love for her father, who had felt that the religious life would offer her the protection she needed, and gratitude to the community who nurtured her, despite not having a real sense of God’s presence or her vocation. She is visited by a man called Verlaine who is interested in the correspondence between a former Mother Superior and the convent’s late benefactress, Abigail Rockerfeller. Verlaine is trying to decipher a secret that lies hidden in the letters and he is being bankrolled by a mysterious patron called Percival Grigori. Grigori, as it turns out, belongs to a race of human-angel hybrids called the Nephilim, a title that may be familiar from the Book of Genesis:

When men began to increase in number on the earth and daughters were born to them, the sons of God saw that the daughters of men were beautiful, and they married any of them they chose. Then the Lord said, ‘My Spirit will not contend with man forever, for he is mortal; his days will be a hundred and twenty years.’ The Nephilim were on the earth in those days—and also afterward—when the sons of God went to the daughters of men and had children by them. They were the heroes of old, men of renown. (Genesis 6:1-4)

We are told that the Nephilim have been the prime movers of human history and are the forebears of the blond Arians of the royal families and elite of European society (Trussoni leaves out a more global narrative when speaking of ‘world’ history). However, today’s Nephilim are losing their powers; Grigori, once the greatest of them, is symbolic of this decay, as his once glorious wings have mysteriously rotted into paltry stumps. He knows that the key to regaining his power was hidden by Mrs. Rockerfeller and hence hires the academic Verlaine to decipher the secret. Verlaine, however, is a pawn who does not know either what his employer is or what is so important about the secret. Instead, Verlaine as a scholar is driven by intellectual curiosity.

Sr Evangeline is visited by Gabriella, her estranged grandmother and one of the world’s greatest angelologists. It is Gabriella, and another nun, Celestine, who open Evangeline’s eyes to the truth. The narrative jumps back to the Second World War and the most enjoyable section of the book, in which Gabriella elaborates on her love affair as young student in Paris with the angelic Grigori and Sr Celestine describes a fantastic adventure into the Thracian cave where the fallen angels had been imprisoned. After these expositions, the convent is attacked and the angelologists have to find the treasure that the expedition to the cave had recovered, hidden somewhere amongst the glorious monuments of New York that Abigail Rockerfeller had built.

For a novel to feature so many lead female characters is sadly still quite original but refreshing. Sr Evangeline and Gabriella are interesting protagonists, and Trussoni deftly inserts the emotionally engrossing elements of a family saga into the grandmother-granddaughter relationship. The male characters, on the other hand, are less well-developed. Verlaine seems like generic, bookish eye candy, so much so that he is difficult to properly picture. The antagonist, Grigori, is an improvement, but even he lacks the interesting character details of the women. Trussoni, however, seem unable to get away from the tropes of the action/fantasy genre; these women are action heroes, not realistic people. For example, Sr Evangeline is an impossibly beautiful, Hepburn-esque nun, and Verlaine falls instantly in love with her. The others are either geniuses of varying sorts, or stunningly gorgeous, and completely inaccessible.

A particularly disappointing aspect of the characterisation is the way in which the varying senses of faith are depicted. No one really explores the questions about God that they may have. Take Sr Evangeline; while her religious life and ability to live it even with a lack of faith is well described initially, when she comes across the angelic creatures, she never thinks that her agnosticism may have been premature. Her grandmother, on the other hand, who is a Jewish agnostic, does not believe in God but takes biblical narratives to be literally true, as she uses the Bible stories to explain the Nephilim’s story. The existence of supernatural beings would surely bring up questions about the existence of God and faith for the characters; Trussoni decides to centre on the run-around plot rather than such issues of character, and that feels like a terrible let-down.

One could make the argument that Angelology is just not that kind of book; it is only fantasy and so expectations of a realistic psychology are not justified. But Trussoni’s lack of dedication to her characters is what prevents this novel from being anything more than a fantasy book. With its clever puzzle-solving elements, arcane research, and fascination with the Church, it could have been developed in a way that was more Umberto Eco than Dan Brown. Unfortunately, there is no humour in the book whatsoever. Where it excels is in its visual descriptions: most of the action sequences are strikingly imagistic, which means it could be easily realised as a film. However, where the plot goes wrong is in its cliffhanger ending. It is not a complete novel; as a story, it does not stand alone and offers very little in terms of pay off. A good business strategy, forcing readers to buy the next installment, but it is extremely frustrating.

Trussoni attempts to be more intelligent than Brown and more readable than Eco but ends up with a novel that has no personality of its own. It does not have the spark of the literary phenomenon, which Eco, Brown and even Meyers certainly do. And it will not ignite a huge interest in angels as we saw in the 1990s with their appropriation into New Age mysticism. In other words, one can leave Aquinas’s discussion of angels on the dusty library shelf. Our fallen angels shall not be rising up just yet.

The reviewer, Stefan Garcia SJ, is completing studies in philosophy at Heythrop College, University of London.