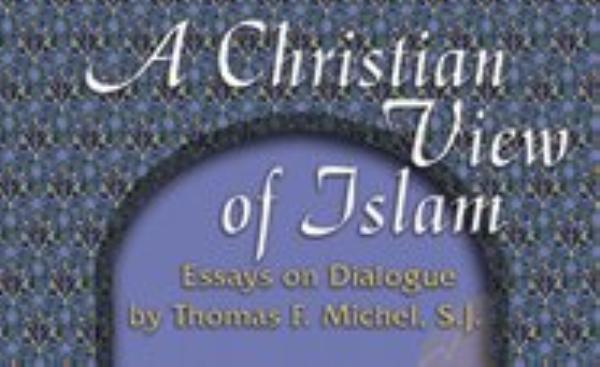 This year has seen a bumper crop of excellent writing by Jesuits on Islam. First we had Christian Troll’s Dialogue and Difference and now here we have a volume by a distinguished American scholar whose entire life’s work has been dedicated to getting to know Muslims and Islam, first in Indonesia and then throughout the world thanks to his work in the Vatican agency responsible for interreligious dialogue. Tom Michel’s A Christian View of Islam is essential reading for any Catholic who is serious about going beyond the myths and tendentious ‘knowledge’ concerning Islam so widespread today and facing the challenge of interacting with Muslims in an authentically Christian manner.

This publication from Orbis is a companion piece to a series of articles by Mahmoud Ayoub published together in 2007 under the title A Muslim View of Christianity: Essays on Dialogue. Ayoub has an impressive understanding of how Christian thought holds together and his work is a plea for pluralism and dialogue between the faithful of each religion. Michel’s contribution, also impressive, needs to be understood as an expression of his keenly felt mission as a Jesuit priest.

The 34th General Congregation of the Society of Jesus held in 1995, defined the Jesuit mission in the contemporary world as involving four essential components: the service of faith; the promotion of justice; dialogue with cultures; and dialogue with other religions. Put like that, it is an undertaking of forbidding complexity and I suspect that relatively few Jesuits feel able to describe their apostolates as involving all four dimensions. Most of us need a bit of help to imagine what it would even look like to do all those things together. Reading Tom Michel’s book, however, affords us a glimpse of what happens when all the dimensions come together.

Michel’s commitment to the Gospel is total; he certainly betrays no hint here of syncretism or a desire to gloss over uncomfortable differences between the two traditions. More courageously still, at a time when so many of us are finding a retreat into sectarianism of one sort or another alluring, Michel insists on Jesus Christ’s costly refusal of all brands of factionalism. There is no reason for Christians to see themselves as superior to Muslims or anyone else. It’s not ourselves or our religious accomplishment that we should boast of but the cross of Christ, which is at the very heart of Christian identity and to which we are called to witness by deed and word.

Then there is the struggle for justice. It is relatively easy to fall into the trap, when getting to know another religious tradition, of bracketing off any concern for the promotion of this great social good which Christians know to be willed by God. Again, Michel frames his encounter with Muslims within a commitment to the cause of the poor and a keen attentiveness to the way in which political and economic factors have decisively conditioned the Christian experience of Islam – and vice versa. I particularly appreciated the contemplative eye that sees the biblical character of Hagar, a central figure in Islam, as a figure for the many abandoned, economically vulnerable women of our world, hovering on the brink of oblivion, but loved and defended by God.

When it comes to the cultural dimension, Michel, not surprisingly, is well versed in aspects of Muslim ways of perceiving and acting. But the cultural dialogue in which he is engaging in this book is primarily with that of his reader and he is at his most prophetic in those few asides in which he addresses the culture of the prosperous West from which he comes but which he has learned to see in a new, more discerning and detached light thanks to his encounter with the Muslim world. I found one remark particularly on-target:

It is tempting for Christians to feel complacently that we have been successful in reconciling our religious faith with the demands of modern life. We can even be tempted to boast that we are ‘modern’ while Muslims are ‘backward.’ Yet we may not be conscious of the extent to which we have compromised our faith with incompatible elements of modern or Western culture. We may be unaware of the ways in which the Christian churches have been wounded in the course of their encounter with liberal values. (p.107)

Unfortunately, this unsettling insight is not developed in a book which is, after all, chiefly about Islam, not Christianity. Perhaps Michel is too gentle a voice to get into this kind of critique; there is certainly no grandstanding or preaching in the book, just the harvesting of the fruits of years of experience and prayer. Yet, Michel’s moral and spiritual vigilance, his clarity of purpose, means that the attentive reader is constantly being stretched, challenged to examine deeply held assumptions.

The fourth dimension of the Jesuit mission is dialogue with religions and this is clearly the centre of the book’s concerns. Michel is good at facing head on the many complaints that are made against interreligious dialogue. Isn’t it too elitist, dealing with rarefied theological issues far removed from the reality of people’s lives? Yes, he says, it can be, which is why more lay people in the Church should be involved. Isn’t dialogue just ‘words, words, words’? Again, it can be, hence the need to find ways for Christians and Muslims to work together for the social good wherever they can. It’s refreshing to find an intellectual who is happy to assert that academic discussion has its place but is not necessary the only show in town. Michel is not afraid, either, of the risks involved in throwing in his lot in with a particular group for more intensive dialogue. His engagement with the Turkish Fethullah Gülen movement is expressed in a number of his writings.

In addition to Michel’s well rounded and reflective way of engaging, this book is valuable for the global sweep of its vision. The author has visited an extraordinary array of countries in which there is a Muslim presence. This means that his analysis takes account of all the different experiences which Christians and Muslims can have of each other: the Western context in which Muslims are a recently arrived minority; the Middle East, where Christians have been a minority for centuries, their Churches even pre-dating the advent of Islam; and places like Nigeria where Christians and Muslims find themselves more or less on an equal footing. Michel explores the graces and difficulties of each situation without allowing any one to deny the validity of another.

The book includes some insightful and valuable individual chapters. I particularly liked the balanced and insightful treatment given to that old canard, ‘fundamentalism’, a remarkable chapter on 17th Century Jesuit writings on Islam, and a surprisingly thorough treatment of an extraordinary but little known 20th Century Muslim leader, Abdul Ghaffar Khan, who responded to Gandhi’s (Hindu) non-violence movement by forging an Islamic equivalent, the Khudai Khidmatgar, or ‘servants of God’. For anyone looking for a reliable summary of the Islamic ethical vision or the Islamic concept of holiness, both can be found here too and are well worth reading. My one criticism of the book is that, as a collection of essays, all originally published separately, this volume does not really add up to what the title suggests, a Christian view of Islam. It is too fragmentary for that. But it is an excellent book to have on your shelf.

Damian Howard SJ is a member of the Thinking Faith editorial board and teaches at Heythrop College, University of London. He is the author of the forthcoming Being Human in Islam: the impact of the evolutionary worldview.

Find this book on the Orbis Books web site