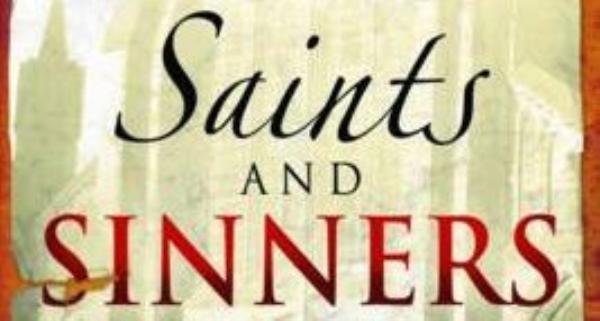 Saints and Sinners comes highly recommended: the author himself is justly proud of his achievement; his publishers, too, are quite clear that this is a first novel of some distinction. Should we accept their estimate?

The novel is set, for the most part, in late Victorian Glasgow among an Irish group who have escaped the famine and are now being joined by others in flight from English oppression and in search of a better life. They have entered a sub-culture remarkable both for its isolation and its distressful way of life. They have no recognisable status within Scottish society and have failed to develop any proper alternative for themselves. They are at the mercy of criminal elements in society, and are victims of their own dire poverty. Their Catholicism, unacceptable to Presbyterian and Episcopalian alike, is eccentric; the Scottish Catholics are ruled by a hierarchy amost entirely foreign to their own earlier experience. The practice of religion is largely a matter of devotional custom, family affection and prayers as the source of moral virtue. Morality, otherwise, mostly cedes to the need to survive. You may pretend to be hearing a confession in order to con a penitent out of a shilling. The novel renders this state of affairs as unremarkable, almost inevitable.

The cast of characters is intriguing. Mick Costello is on the run from Galway and is sought by a mysterious man in black, whose methods are disgustingly brutal and whose reasons are not immediately apparent. Mick’s brother, Thomas, is a Catholic priest working in the archdiocese of Glasgow, a man unhappy with his appointment and subject to the expected temptations with regard to his celibacy. Those temptations involve Kate, his brother’s girl, trying hard to escape from a life of prostitution, the lot of most young unmarried women. Then there is Duffy, the local thug ruling society by violence. Others abound.

It is a story of frequent violence, in the course of which almost everyone either subjects another to a near-death experience or is himself the victim of such violence: Kate has the fingers of one hand removed for daring to choose her lover; Fr Thomas, even, attacks the chancellor of the archdiocese for betraying his brother. The violence is in pursuit of Irish independence, as well as in defence of law and order, something, indeed, in which the Catholic Church seems deeply implicated. An English archbishop expects a Highlander chancellor to be informed about The Brotherhood, a rebel group meeting on parish property. We are also made party to a rescue operation in which pretend priests fool guards into careless action.

Can this sorry tale really become a best-seller? It invites attention, partly because it has some historical accuracy. This really was the political and social reality. The real quality of the story, however, lies in the genre to which it belongs: a picaresque novel written from the point of view of someone living by his wits, a heavy drinker earning his free whiskeys by telling tales of republican adventure. The stories are heavily embroidered, but lose some of their horror in the fluency of the telling.

The reviewer, Peter Hackett SJ, is a member of the Corpus Christi Jesuit Community in Boscombe.

Find this book on Black and White Publishing's web site