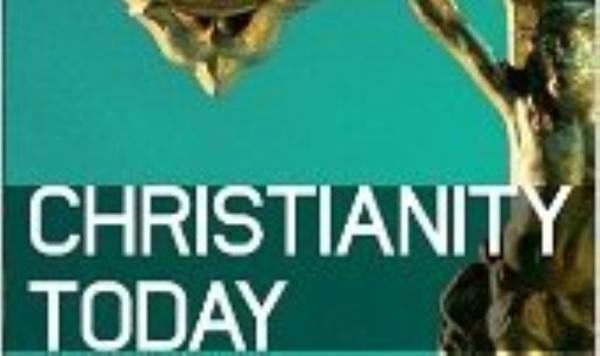 Christianity Today by George Chryssides, Research Fellow in Contemporary Religion at the University of Birmingham, is one of Continuum’s introductions to world religions ‘through the lens of contemporary issues’. It attempts in a brief 150 pages to present the basic history, teachings and practices of Christianity for the student and uninitiated alike. Acknowledging that there are some 34,000 different Christian denominations, Chryssides opts to focus on the Roman Catholic, Orthodox and Protestant traditions and to ‘present them neutrally’, ‘assuming no traditional prior knowledge of Christianity among even European and American readers’, and one is left with a basic outline of differences in history and practice.

By far the best chapters are those on contemporary ecumenical biblical scholarship – entitled ‘Sources of Authority’ and ‘Modern Biblical Interpretations’ – and one on ‘Science and Christianity’, which could not be more apposite in the face of contemporary challenges from physicist Stephen Hawking, who recently declared God redundant in the new proposed ‘multiverses’. Chryssides stresses that it is not a case of science verses Christianity: he calls up scientist Paul Davies, author of The Mind of God and The Goldilocks Enigma, and proponent of the so called ‘fine tuning argument’, to suggest that scientists themselves still leave basic theological questions open. The debate, therefore, between scientists, philosophers and theologians is as open-ended as ever, despite creationist distractions.

An inevitably condensed history of ‘Christianity and Mission’ covers the two millennia of the global concerns of different traditions, and a section on tradition in ‘Sources of Authority’ refers helpfully back to key Councils of the Church. However, if asked what is the essence of present Christianity, this introduction, despite its focus on contemporary issues, leaves us with a good superficial historical scan but lacks any depth, spirituality or ecclesiology. In other words, contemporary prayer, liturgy and the Church are sadly under-emphasised. There are practical details about the relation of the Church of England to the state, feast dates, services and lifestyles (though little mention of Lent and fasting), and some references to the Roman Catholic approach to the Bible as ‘a deposit box’ (p. 21) pre-dating the Second Vatican Council, but no reference to contemporary efforts to bring together prayer and political engagement in the Church, developing 'contemplation in a world of action' as Thomas Merton's great work put it.

Indeed Chryssides’ starting point seems to undermine this search for a ‘fusion of mysticism and politics’ that has characterised late twentieth century Christianity worldwide. The two basic themes of Christianity, he says, are ‘sin’ and ‘salvation’ (p. 1) – in that order! It is only later that we learn that ‘the importance of the Christian story lies in the belief in the risen Christ who can be encountered in the present time by all believers’, as ‘a living person not just a historical person’ (p. 8). This focus on a personal relationship with Jesus Christ is interestingly reinforced in a comment about St Thomas Aquinas (in the chapter on ‘Ethics’) viewing ‘moral life in terms of love of God and friendship with him’ (p. 94). The parable of the Good Samaritan, the words of the Magnificat and the Sermon on the Mount are cited as the key texts for Christian practice, but are underdeveloped in terms of demand for compassion, justice and mercy.

Christianity Today can be recommended as a brief introduction: excellent on history and biblical scholarship, and good on questions about the relationship between Christianity and science; but a more in-depth follow-up could be Ecclesiology for a Global Church: A People Called and Sent by Richard R Gaillardetz. This starts out from a relational theology of the call to ‘become my people’ and presents the Church as a people called by Jesus and sent into the world. Gaillardetz presents the emerging Church from Latin America, Africa, Oceania and Asia and spells out the dynamics of what happens when the Church takes cues not just from scripture and tradition but also from the poor, women, Asian and African religions and from the challenge of promoting justice and peace, noting with St Bede that ‘every day the Church gives birth to the Church’.

Chryssides’ Christianity Today is a good appetizer, but Ecclesiology for a Global Church will take Roman Catholics in particular into the main substantial meal, and is worth the time and energy required to digest it.

The reviewer, John Battle, is former Member of Parliament for Leeds West.