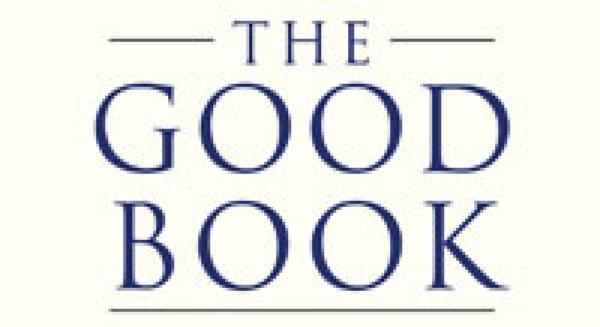 There is a charm and a challenge in making your own Bible. This is particularly true if you are not a believer, and A.C. Grayling – who will become the President of the British Humanist Association in July this year – certainly is not.

Grayling’s The Good Book is a considerable and laborious reworking, by way of selection and paraphrase, of many classic texts from Abulfazi to Shuxi via Newton and Darwin, the most recent author to be included. It is a treasury of pleasurable insights from the non-religious traditions of the world (if any source has a religious connection, this is kept under wraps). The book is indeed ‘made by’ Grayling, as advertised on the cover, though it is also in part written by him. It is laid out like a Bible, in columns, with book titles which partially parallel those of the canonical scriptures: there is even a blue ribbon and an impressive dust cover in confirmation white. Unfortunately, Grayling does not give chapter and verse for his sources, though his reticence to do so reflects – instructively – much of the practice involved in the formation of the Old and New Testaments.

More significantly, Grayling’s book has a disturbing if occasionally beguiling uniformity of style, which the Bible, except for the vagaries of translation, does not. Grayling has assimilated his sources in a consistent style which, when read in large doses, tends to seem somewhat orotund and tedious. This doesn’t quite induce a flatness of feeling, but it does not easily recognise an historical narrative of conflict and discovery. It almost gives the impression that everyone has read everyone else with the result that a mandatory, monotone style fills the printed world. This, leaving aside the effects of translation, is not true of the Bible. The Biblical authors simply do not write in the same way. It is evident as a matter of style as well as chronology that the authors of Genesis never read the gospels and nor did Paul. The poetry and prose styles of the Bible are a signal of the complexities that lie beneath.

The Good Book begins with the book entitled, ‘Genesis’ and ends with a disquisition on ‘The Good’. In ‘Genesis’ the mythical apple is located splendidly in Newton’s garden rather than the Garden of Eden. This clearly foreshadows the stress Grayling places on reason: ‘do not avoid, as most people do, the trouble of thinking...’, as we are told in ‘Epistle’ 4:25 (p. 566). Grayling gives us some good thinking and many fine lines. He deals with a variety of experiences which include and go beyond thought: love in ‘Songs’ and elsewhere, though he is perhaps not as sensual as the ‘Song of Songs’; and mortality – ‘that opened oblong of earth’ of ‘Lamentations’, chapter 3 verse 1, (p. 73) – although death remains undefeated. Nonetheless, unlike The Good Book, the Bible has passages in which the authors struggle not only with the ‘ordinary’ impossibilities and delights of life but also attempt to live in the awkward space in which their belief systems change or start to teeter on the edge of alteration.

So much is clear in Paul’sagony over the significance of Israel to the God of Israel, Qoheleth’s desperate and elegant search for meaning, Job’s passionate questions about God’s rectitude and his spirited rejection of commonplace pieties. Similar problems are perhaps hinted at in Luke’s misgivings over other gospels. Grayling is better at dealing with the ‘ordinary’ than with struggles on the edge of the knowable when the basis and content of knowing shifts. But it is on this edge that the ‘ordinary’ can find an even denser and truer life. Interestingly among those ‘books’ which presumably parallel the New Testament, Grayling gives us ‘Acts’ and rather avuncular ‘Epistles’, but – understandably – no ‘gospels’ at all. Now the gospels really are unsettling: they are about death, resurrection and the making of justice. Grayling tells us in ‘Parables’, chapter 15, verse 6 (p. 46) that ‘lives burden the earth, but a good book is the distillation of something excellent...’ The canonical gospels – books indeed! – are about that burden, about the need for real, radical, personal and social change and they have an urgency and hope which The Good Book lacks.

Grayling is of course one of many now well-known atheists – perhaps the least abrasive, but reassuringly atheist for all that. Roughly speaking, contemporary atheism argues against any privileged place for religion in public affairs, does not see religious belief as part of a truth-seeking enterprise, and judges that religion has a bad effect on human living. Grayling, however, is not here concerned to pursue these arguments. The Good Book is and is meant to be a positive work offered, as the introductory ‘Epistle to the Reader’ puts it, for ‘the good of humanity and the good of the world’. And it contains much to this end. Believers may well make a difficult common cause with the criticisms contemporary atheism makes of religion – so much is one of the ironies of contemporary belief. They might also find that the good in The Good Book sits well with their belief and begs for hospitality.

But beyond this amiability, believers will also look for something more. They might even re-read the canonical scriptures, which would be a good unintended by Grayling, but there they will find what his secular Bible lacks: a gospel with space and a sharp edge, which comes in a variety of prose and verse styles including a needed lightness of touch.

How do we do a politics for the common good?