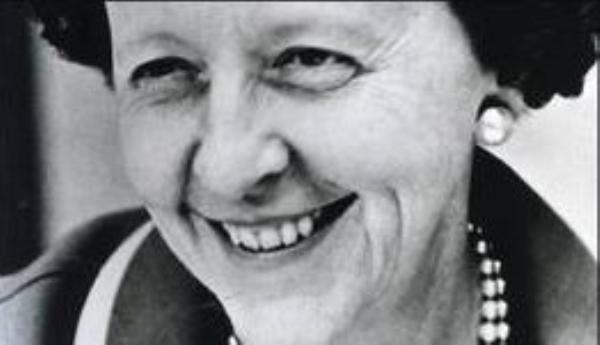 Barbara Ward: Her Life and Letters sets out the globally important contribution made by the co-founder of The Sword of the Spirit movement (which became the Catholic Institute for International Relations and latterly, Progressio).

An intellectual whose writing and speaking had global reach, Barbara Ward also co-founded the International Institute for Environment and Development (IIED). She advised US Presidents and UK ministers as well as acting as a contributor to debates and policy development in the third world. For a good while she was Foreign Editor of The Economist and throughout her life published prolifically. Wedded to a leading diplomat, the marriage unravelled in the face of significant international travel and copious demands, most particularly on the part of her husband, Robert Jackson; she chose to remain single after their separation. Notwithstanding all of this activity and personal trauma, she held a Professorship at Columbia University and was also the first woman to speak at a Synod in the Catholic Church (1971).

Perhaps most crucially, though, Ward was present in Rome throughout much of the Second Vatican Council and was the defining lay influence on the inception and implementation of the idea that the Church should create a ‘global secretariat’ to advance its work for social justice and development. In short, this British woman had a significant part to play in the creation of the Pontifical Council for Justice and Peace, with its extensive interface through Cor Unum and the associated Caritas Internationalis federation.

This highly accessible book is based on Ward’s papers now housed at Georgetown University, the draft of a book by historian, Michael Walsh, and letters and correspondence made available by her family and friends. The author, Jean Gartlan knew her subject and so there is a strong sense of affinity and warmth that flows through the text. While this means that any reservations there may have been about Ward’s credentials – especially on the part of bishops – are muted, it does not detract at all from the description of a life of huge importance for development economists, historians of journalism and public intellectuals, as well as the Catholic and wider faith communities. She, after all, was both a sometime President of the Catholic Women’s League and an appointed member of the House of Lords, in addition to having maintained a copious correspondence with leaders in the White House and at the World Bank.

A strand of this important publication that will surprise many in the Churches and beyond is Barbara Ward’s early advocacy of environmentalism. Her book, Who Speaks For Earth? is a classic of its genre and pre-dates by some years the rise of a modern green movement. Her work lives on not only in the significance of such publications but also through the work of the IIED who, in turn, still maintain several events in their calendar linked to Ward’s name.

But this book is by its own admission an introduction. It is a very helpful pointer towards aspects of the life of a woman under-appreciated by Catholic historians but who forms part of the outstanding lay Catholic contribution to the social sciences in Britain since the Second World War. In years to come it will be important for another author to return to her papers and prepare a full length, academic and biographical assessment of her life.

The reviewer, Francis Davis is a columnist on the UK Catholic Times. He blogs at www.theprincipledsociety.com

On Ignatius the Soldier