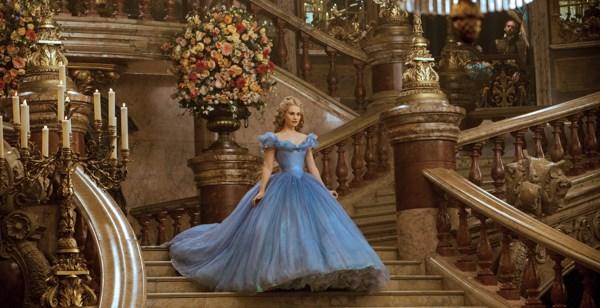 A friend of mine is an academic specialising in obscure corners of the history of mathematics and a fellow of a well-known Oxbridge college (the sort of institution that might boast of having more Nobel Prizes than Belgium). He has two sons, and a secret delight in the Disney Princess films. The realities of life mean that his children won’t go to the cinema to watch Disney Princesses for an hour and a half, so he comes to see the new releases with us, because we have a four-year-old daughter. To borrow an expression that was used to describe Liberace’s relationship with Betty White, we serve as a ‘beard’, allowing a straight man to attend a very girly film. This tells us something about gender and film, but I’m not sure exactly what.

Gender is the issue here, isn’t it? Because one of the central questions about a film like this is, to put it frankly, should we go and see it at all? How on earth do we tolerate the reproduction of this shockingly regressive fantasy in which little girls are lied to, told that all of the injustices of their lives will be swept away by marriage to the handsome prince whose spiritual and innate qualities are somehow expressed in his accidental wealth and good looks? Isn’t it a backward step to remake Cinderella when recent films for children like Brave and Frozen have offered us a critical stance on the idea of the handsome prince? After all, in Brave, the princes are all useless and it’s Princess Merida – fighting some absurd fairytale marriage – who’s the brave, arrow-shooting, hero; and in Frozen, the prince is a duplicitous, power-seeking liar, and it’s sisterly love that underpins the real magic that saves the day.

So why make a film like this now? Apparently, this live-action Cinderella was explicitly conceived as a remake of the 1950 animated version: another high-concept studio plan to wrench money from us and our children (‘like all films’, says my conscience in my left ear). So what does the remake do that the original doesn’t? It’s useful to ask this question, because it helps cement the plot and the characters in one’s memory. If you are not actually a girl of 4-12 years of age (or some other sort of expert), it can be very difficult to distinguish one Disney Princess from another. This generic quality extends to some of the supporting cast, as well. As a result, I got a bit confused earlier this week because housework interrupted both my background research viewing of the 1950 Cinderella and a merely recreational viewing of 1959’s Sleeping Beauty (we have a four-year-old daughter, remember): the King, his lackeys, the castle, the flunkies, the fairies… it all got a bit psychotic – where did Cinders’ other godmothers go? Shouldn't the prince be here in this forest? What happened to the horse? Who’s the girl in the white dress?? I thought her dress was blue; no, pink; no, blue… etc., etc.

What this shows is that the mode of production has generated something which is very close to having an identity as an autonomous form, like commedia dell arte, or the pantomime. A ‘Disney Princess Film’ has earned its capital letters: it’s something more than just a marketing ploy; it constitutes an imaginative world that frames reality for children, on which millions of people go on to build their lives. I recently attended a seminar in which a psychotherapist presented clinical material about a patient whose psychological development was marked by her self-identifying with a different one of a series of Disney characters, each one stronger and more individuated than the last.

What makes the 2015 film different to the 1950 original? What is the USP of this particular take on the ancient tale? Well, in keeping with Kenneth Branagh’s approach to his remake of Henry V, he’s made it that bit darker than the original in places. I’m not saying the film censors shouldn’t have given it a certificate, or that ‘Suitable for Universal Exhibition’ is inappropriate, but parents of younger children might want to know that both of Cinderella’s parents die in the first half-hour…

In some ways, however, this version is less dark than the original. Here’s one illustrative example: there’s an incident in both films where Cinderella spruces up one of her mother’s old dresses in an attempt to persuade her stepmother to let her go to the ball. In both films, the stepfamily spitefully rip the dress, making it impossible for Cinderella to go. But in the 1950 film, the assault by the stepsisters, goaded on by their mother, is an abusive onslaught: violent, brutal and strangely more shocking than the waspish rip with which Cate Blanchett’s stepmother tears through Cinderella’s hopes and dreams. It’s as though the cartoon offers us a coded exploration of the reality of abuse within families, something this ‘live-action’ version has made curiously safer. Instead, the core drama in Branagh’s version is the Electra conflict for the love of the prince, a substitute for Cinderella’s lost father, the stepmother’s lost husband.

Another difference is that the animated Cinderella is a good deal feistier than Lily James’s version, who is as virtuously dull as one of Dickens’s most virginal heroines. The script made an attempt to explain this almost unperformable radiance, fleshing out a ‘golden childhood’ back-story (no doubt the writers’ attempt at some sort of psychological insight). But whereas the Cinderella of the cartoon shows spirit, courage, frustration, joy, love, delight, near-despair and imagination, the script that James was given offered her the opportunity (to paraphrase Dorothy Parker) to show us the full gamut of emotions, from A to maybe C.

The 1950 Cinderella just seems more sophisticated. It develops the theme of dreams, of having dreams, of living dreams, of making dreams come to life. It plays with ideas of faith: when the cartoon Cinders faces near-despair, she is reassured by her Godmother that she must still have had some faith, otherwise the fairy Godmother could never have appeared; and at the end, the animated Cinderella looks up at the sky and says ‘thank you’, though it’s never clear exactly to whom she’s speaking. In the current version, there is none of this, and everything is built on the aphorism of Cinderella’s dying mother to ‘have courage and be kind’, repeated, sledgehammer-like, through the film. Is that the sort of thing Jesus might have said (can courage and kindness only be reconciled in martyrdom?) or is it (as Freud would probably have told them) just hopelessly, banally, unachievable – a failed attempt at creating an irreligious virtue, a God-less ethic?

Maybe the darkest quality of this film is the facile manner in which Branagh and James have skated lightly over anxieties about the latter’s on-screen shape. After general release, a debate opened up about the apparently impossibly narrow size of Miss James’s waist, and concerns were expressed that her image might have been manipulated to make her appear thinner than she is. In fact, it transpires that her dresses were all corseted. James and Branagh’s approach to this has been to dismiss the concerns as absurdly laughable: of course her waist wasn’t airbrushed to make her look thinner!! Silly viewers! Silly feminist bloggers! Silly critics! She was wearing a corset! So that’s OK, then: all of our worries about the sort of beauty that’s being presented here, the sort of shape that is suggested that it is acceptable for girls to be, are completely unfounded, because Lily James squeezed herself into a corset within – as she put it herself – an inch of her life.

Talking about it all with my daughter afterwards, two things emerged. One was that she did indeed want to be a princess when she grew up – but first of all a bus driver and then also an acrobat. The other was about the nature of fairytales: ‘when Cinderella marries the prince,’ asked my four-year-old daughter, ‘she’s marrying her daddy, isn’t she?’ Gender. That’s what you’re dealing with when you go and watch this sort of film – so be prepared to answer the question.