Skip to main content
Photo by Edd Sowden at flickr.com 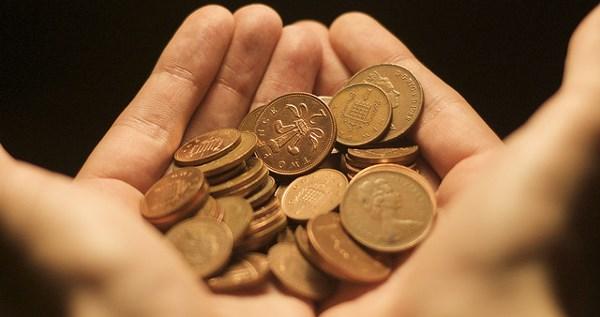 The commitment of the UK political parties to increasing the minimum wage and promoting the Living Wage is consistent with Catholic Social Teaching, but further progress towards a just economy is needed, argues Joe Egerton. Voters may support the manifesto commitments to help those on low wages, but true progress does not depend on politicians alone.

The UK’s major political parties have committed in their General Election manifestos to raise the minimum wage and to make real efforts to encourage employers to pay the Living Wage. This commitment to those at the bottom end of the wage scale has met with approval from the electorate. The Conservative pledge to ensure that those working 30 hours a week on the minimum wage never pay income tax is, according to YouGov, the single most popular policy in any manifesto, backed by 80% of voters; Labour’s pledge to lift the minimum wage to £8 by 2019 also has a high popularity rating of 71%.

One reason why our politicians are enthusiastic about such measures is the huge cost of in-work benefits – the payments made by government and its agencies to enable those on low incomes to survive. When pay at the bottom goes up, the welfare bill goes down.   Every single aspirant to cabinet office after 7 May therefore knows that unless wages at the bottom go up a lot and quickly, there is no politically tolerable way in which the welfare budget can be reduced; and if welfare spending does not fall by billions, the deficit becomes a problem without a solution.

We should welcome these wage commitments, even if they are an example of good practical reasoning – something that St Thomas Aquinas regarded as part of our path to salvation – rather than evidence of a Damascene conversion to the teachings of Leo XIII in Rerum novarum.[i] This 1891 encyclical is regarded as a charter document by all of those involved in the development of Christian social thinking, and it has a detailed discussion on wages which is highly relevant to the topic at hand.

Rerum novarum on the just wage

The discussion of the just wage opens in paragraph 43, where Leo notes the argument that wages are set by consent and the sole role of the state is to enforce such freely made agreements. He then invites us to reject this view: ‘To this kind of argument a fair-minded [person] will not easily or entirely assent; it is not complete, for there are important considerations which it leaves out of account altogether.’

Leo then gives a definitive statement of what it means for a minimum wage to be consistent with justice:

Let the working [person] and the employer make free agreements, and in particular let them agree freely as to the wages; nevertheless, there underlies a dictate of natural justice more imperious and ancient than any bargain between man and man, namely, that wages ought not to be insufficient to support a frugal and well-behaved wage-earner. If through necessity or fear of a worse evil workers accept harder conditions because an employer or contractor will afford them no better, they are made the victim of force and injustice.

Leo is sceptical about reliance on the state as the sole or even primary instrument for achieving the common good: he refers with approval to the place of the family and praises ‘associations’, ‘boards’, ‘societies’ and ‘institutions’. The coercive power of the state, however, is necessary to prevent serious abuse and the ‘injustice’ referred to above, and as such the encyclical makes recommendations for implementing a just wage.

Payment of a minimum wage in the UK, as it is a legal requirement, is unquestionably binding in conscience, but that does not mean that it meets Leo’s view of what natural justice requires: the minimum wage is significantly less than that required to support many ‘frugal and well-behaved’ wage earners. Natural justice, therefore, places an obligation on employers to pay more.[ii]

At first sight, it might appear that the ‘just wage’ that Leo XIII describes is equivalent to what we would call a ‘living wage’, and that what we need to do is ensure that everyone is paid the amount that is announced each year to be ‘the Living Wage’. It is a pretty safe bet that Leo XIII smiles when he looks down on the associations of men and women of transparent good will who are responsible for setting this amount;[iii] however, this does not mean that the answer to the question, ‘does the Living Wage meet the tests of Rerum novarum?’ is ‘Yes’. There are good reasons for thinking it might be ‘No – but it is undoubtedly to be applauded as a move in the right direction.’ To explain this, I look at the out of London figure for a Living Wage

The calculations (consistent with the demands of Rerum novarum) identify the hourly wage which would allow an average recipient to meet minimum living costs in full – this hourly wage is the ‘reference’ number. However, this reference figure is subject to a cap, which restricts the increase in any one year to the average increase in wages plus 2%, and this cap determines the ‘applied’ Living Wage. The rationale for this cap is that employers cannot realistically be expected to increase wages by more than 2% above the average increase. However, following several years in which wages have risen by less than prices, the cap has cumulatively reduced the applied Living Wage substantially below the reference level generated: the out-of-London reference figure for 2014 was £9.20, but the applied figure was £7.85.

Only a single reference number is generated. The calculations begin with estimates of the hourly wage needed by members of a number of different types of household and then produce the reference number by deriving a weighted average. In 2014, for example, a couple without dependents living in a modest flat required £5.70 each per hour, and so would each have received £3.50 per hour more than they needed had they been paid the reference Living Wage of £9.20. A lone parent with two children, however, required a wage of £13.48 per hour in order to meet costs, and so would have received far less than they needed even under the reference Living Wage. [iv]

There is an obvious problem in moving towards what Leo sets out as the ideal: if an employer were to say, ‘I will pay you all at least the minimum wage and then, using the figures in the Living Wage report, I will make additional payments to ensure you all receive the amount you need to cover all your living expenses’, there would be wide differences in pay for the same work. This would be difficult in principle and in practice, so the Liberal Democrats are right to call for more work on the details of the minimum wage. One of the major obstacles to implementing the Living Wage is a pressure to maintain differentials: the argument that, ‘because my neighbour is helped out of poverty, I should also be given more, even though I am not in poverty’ has a lot of traction, even though it would not in a truly Christian society.

‘A new renewal for new times’

The Living Wage is not a living wage for all: for some it is far higher than needed; for many, many others it is too low to meet the criteria of Rerum novarum.  While the political unanimity that low wages must go up is truly welcome – even UKIP, whose business spokesman once attacked the whole concept of a statutory minimum wage, now want to go further than the Conservatives in lifting the tax threshold – we must recognise that if we are going to achieve a just wage for all, as part of a just economy, then very much more substantial changes in how we think about pay are needed. There will also be a need to think carefully about welfare. The Universal Credit system opens up a possibility of providing benefits for those whose needs are substantially above those of the notional household for which the Living Wage (if the cap were removed) does provide a just wage. But that will call for sacrifices by the better off.

Creating a just economy is a massive challenge, and not one that we should look to politicians in one of the least religious countries in the world to meet on their own. In the words of the Archbishop of Canterbury:

If we want to see things changed, it starts with prayer. It starts with a new spirit of prayer, using all the traditions, ancient and modern. When it comes, it will be linked to what has gone before, but it will look different – because it is a new renewal for new times. God’s created community is perfectly designed for its time and place. It almost always comes from below. It comes from Christians seeking Christ.

[i] The encyclical is known by its first two words, but its full title in English is ‘The Rights and Duties of Capital and Labour’.

[ii] However, this does not mean that the minimum wage law is unjust. Leo XIII followed Aquinas in holding that the role of human law is to prevent grave evils. In our constitution, it is for Parliament to listen to the arguments and determine when something is a sufficiently grave evil to warrant the use of the coercive powers of the state.

[iii] There are two Living Wages, one for London, one for the rest of the UK. The out-of-London figure is produced by the Centre for Research in Social Policy at Loughborough University at the request of a voluntary organisation, the Living Wage Foundation. The London figure is produced by GLA Economics. The work of the Foundation has been warmly endorsed by the Living Wage Commission, a group chaired by the Archbishop of York.

[iv] Other examples include a single person (£8.30) and a couple with one child (£9.33 each). The highest cited amount is £21.80, for a lone parent with four children. These figures take account of tax and benefits.