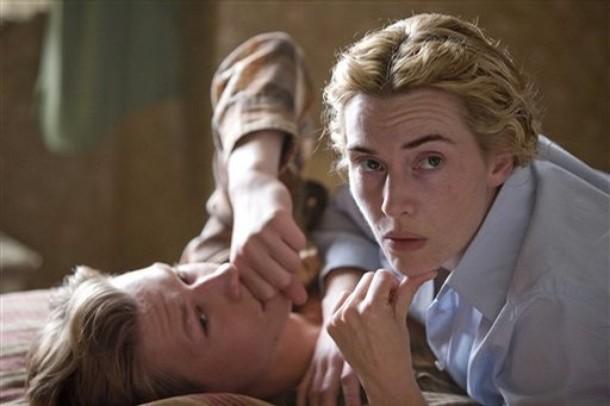 
There have been few films I have come away from feeling that watching them was a very worthwhile and educational exercise, but The Reader, based on the book by Bernhard Schlink, was one of them.  It is not based on a true story, but through a combination of an excellent screenplay and very fine acting, the film wrestles with the very real moral issues arising from the Jewish Holocaust. For genocide survivors, the questions are always there: Is reconciliation after atrocity possible?  How is an ordinary person drawn into compliance with great evil?  How exactly does anti-social behaviour warp the innocent?

The film begins with the initiation of a young boy into sexual experience with an older woman, Hanna Schmitz.  David Kross gives a fine portrayal of the boy, Michael Berg, helped while on his way home from school one day by the seemingly uninterested and unemotional bus conductor Hanna.  A later meeting between the two takes a dive into full-blooded sexual relations as a naked Hanna approaches the youth as he takes a bath.  Their encounters progress into a warmer friendship as the woman takes a great interest in hearing Michael read his student course books to her.  The relationship, of course, makes a mess of Michael’s family concord and, shortly after another girl of his age becomes interested in him, Hanna disappears.  From here the film jumps to later scenes in which Michael discovers who Hanna really was in her life before he met her.  Attending the trials of concentration camp guards as a university law student, we see Michael grapple not only with the moral problems of how the events discussed at the trial were allowed to happen, but also with the real and lasting pain of the emotional abuse he suffered in his earlier relationship with the woman.

It is essentially through the recollections of the older Michael (played by Ralph Fiennes) that the film is narrated, as he pieces together his life from his early infatuation with Hanna to his stunted relationship with his daughter and broken marriage. At first sight Michael seems a rather pensive person, if a bit lugubrious.  However, when we begin to realise just how damaged he is from his involvement with Hanna, we recognise that he faces a battle to find himself.  He missed the funeral of his father as he was unable to face going back to his hometown.  He has never been close to his daughter.  He has told nobody of his relationship with Hanna and he can never spend any length of time with a girlfriend.  The two actors as the young and the mature Michael give moving portrayals of this one man struggling to find his way out of a moral maze that has very real emotional chains.

Kate Winslet gives a stunning performance as the enigmatic yet isolated Hanna Schmitz.  She is dramatic in her distracted nature at the beginning.  She reveals the thick skin of a concentration camp guard as she tries to understand how people in the courtroom can scream at her with their dubious moral righteousness.  She is the old prisoner who has reached the end of her life’s meaning in spite of a remarkable achievement while incarcerated. It is on this achievement that the film’s treatment of the moral issues surrounding responsibility for and involvement in the horror of genocide is partly based.  Winslet’s is certainly a performance worthy of an Oscar if the competition in Hollywood goes her way this year.

Towards the end of the film, there remains a gem of a scene, beautifully scripted by David Hare, in which Michael meets a woman who had helped to put Hanna behind bars. The discussion of whether and how reconciliation is even remotely possible becomes a reality in the symbolic acceptance of a little tin box which Hanna requested that Michael give to this woman.  In spite of the obvious bleakness of the film’s themes, we are left with a sense of hope as Michael finally begins to share his life story with his daughter, opening the way for healing and renewal.

The Bard and the Archbishop