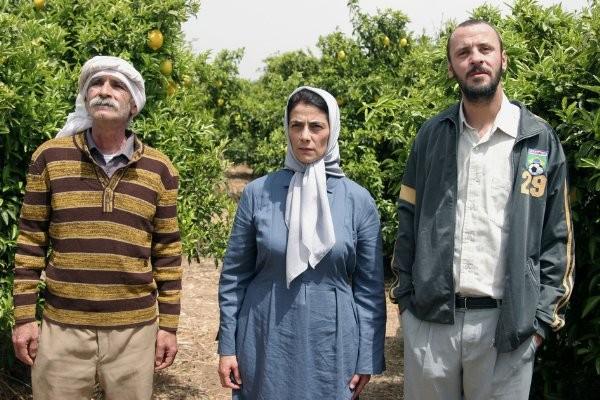 
A few miles south of Enniskillen, the Irish National Road 1 slips over the border and becomes the more modest A509. These days you have to look hard for the boundary — the road markings change slightly, the traffic signs give speeds in miles, not kilometres, per hour.  Other than that, you would hardly know that you’ve crossed from one state to another.  Not fifteen years ago, there would have been lengthy queues to cross this border, and I am reliably informed that to use anything other than an ‘Approved Road’ meant you were (in theory, at least) taking the risk of being shot.

But this is all gone.  Now, nothing remains of the infrastructure that for years struggled to keep people out or in, or just apart, except the odd, fragmentary detail:  if you look closely at the border, there is a rusting, twenty-foot high pole, striped in black and white — a comedy border-post from Tintin or The Lady Vanishes.  Then again, you might be driving through a suburb and stumble upon what appears to be a barracks for a small army, to realise only with a sudden jolt that it is the neighbourhood police station.

These sudden jolts seem to be part of daily life in Israel and Palestine, or at least in the representation of it offered by Israeli director Eran Riklis in his moving study Lemon Tree.  This is a world where a minister’s mistress might just happen to be an army officer, where barbed-wire and watch-towers are just part of the landscape, where policing rôles are proper to squaddies, and where agents of government feel there is nothing odd about operating in a language not spoken by the men and women in their care.

Though the borders are blurring in parts of the world, Riklis uses some nicely sampled video reportage to remind us that in Israel they are busy erecting fences, not taking them down.  Lemon Tree is a film about the effects of the decisions made by those who believe that such borders between others are ‘the only way to achieve things’.  This is the view of Defence Minister Israel Navon (Doron Tavory) who moves into a new home, next door to which is a lemon grove tended by a widow, Salma Zidane (Haim Abbass).  As any sniper (and many children) will tell you, trees are great places to hide.  The uprooting of the entire grove thus becomes an operational military necessity, to be enacted on a nod and a signature from the area general.  But Mrs Zidane quietly, stubbornly and heroically resists, taking her case to the highest Israeli court and dragging the minister through the tabloids in the process.

The tightly woven script offers us a number of engaging supporting characters and a sub-plot that is a counterpoint between one collapsing marriage and the tentative beginnings of a love-story between Mrs Zidane and her lawyer Ziad Daud (Ali Suliman).  The struggle for the lemon grove becomes a metaphor for the right to self-determination and self-defence, and for the struggle for control of the occupied territories.  In passing, Riklis and his co-writer Suha Arraf take swipes at Palestinian patriarchy as well as the more conventional targets of political hypocrisy and the tendency of powerful men to ignore the interests of the poor.  As with the film Hunger, the filmmakers have avoided vulgar partisanship to create a poignant and memorable tragedy, a film whose images linger because of the depth of pain they represent.

Don’t read this paragraph if you don’t want the plot spoilt for you, but Eran Riklis felt that this was in someway a ‘feel-good movie’.  I suspect some disingenuousness:  the final scenes he leaves us with are of Navon smoking in the darkness of his living-room (his wife having left him), the room in gloom because of the security shutters that keep him safe, and the view behind them (that was once of the lemon grove) now obscured by fifteen-foot high concrete barriers.  At this point the camera delivers its final punch — a fast-moving dolly shot that takes the eye suddenly up to the new concrete barriers (and here, with a fleeting moment of optimism, the audience briefly thinks ‘this is the solution, another fence! Now the lemons can stay’), up the full height of the wall, and suddenly over the other side to see that, yes:  despite the new bulletproof wall, 150 of the lemon trees have still been brutally pruned to 50 cms from the ground.  Salma paces amongst the remnants of her beloved trees, raging inside herself with the self-control of the oppressed.  But then, this was the judgement of the courts — at least they’ve not been uprooted.  Perhaps this is justice.  Perhaps this is a bittersweet punch line.  Perhaps you have to be Israeli to get the joke.  To this reviewer it was tragic, not comic, showing rather the misery that continues in Palestine, and that it is also those who think they are protected by walls that suffer behind them.

A life spent in love: On the 80th anniversary of Edith Stein’s heavenly birthday
Pierre Favre on the mercy of God
Edith Stein: truth at the service of humanity
Pierre Favre: ‘Everywhere there is good to be done’
Why would anyone want to be a Jesuit today? The wisdom and example of Peter Canisius