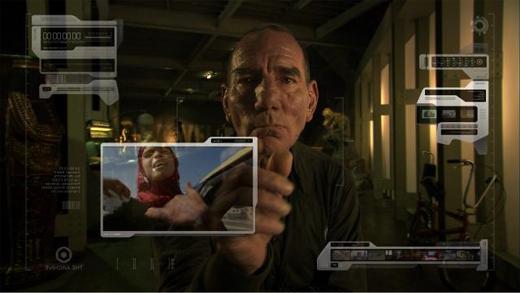 The audience left the cinema shame-faced. A few tried to stir some desultory applause, but the tone of appreciation felt wrong: the hour and a half of The Age of Stupid had been excellent cinema, but to applaud the depiction of a world in 2055 ruined by the choices we are making now seemed only to confirm the film’s accusatory title. Age of Stupid stands in line with An Inconvenient Truth and The Day After Tomorrow as some of the artefacts that may lie heaviest around our necks if the worst of environmental change happens.

We all know enough of the figures and science to put together a patchwork of motivation: the effects of the way we travel; our consumption of resources; the things we aspire to. Even if there are doubters amongst the scientific community, and even if these are in the minority or besmirched with the funds of oil companies, it would make sense to prize Pascal’s wager from the hands of philosophers and present it to the wider world: even if we aren’t sure that climate change is going to destroy the world as we know it, isn’t it best to act as if we were certain, when what is at stake is so important? The Age of Stupid presents a world where the increasingly frequent symptoms of climate change have become the norm: wars over water and food; the desertification of North America, Australia, Africa; battles between energy companies and their victims. In short, it would be a world where every other effort at creating social justice – anti-poverty movements, international aid and trade, human rights campaigns – would become fundamentally irrelevant.

The Age of Stupid reels out some easy targets. Jeh Wadia, intent on bringing low-cost flights to India’s massive market, is easily pilloried as he sets off in his private jet to ‘save a village from poverty’. The snob with two estates who prevents wind farms being built in rural Britain claims not to be against sustainable energy, but just to oppose ‘inappropriate’ forms of it (read: not in my backyard). The oil companies. The fat Americans. These are the weakest moments of the film, the Michael Moore style of such enjoyable satire that we forget for a moment that we are as much a part of the problem as the scapegoats we feel so good about criticising. It is a deep shame, for example, that the film said almost nothing about one of the simplest ways we can all step more lightly upon the earth.

The real-life heroes of the film, filmed in France, Kenya and New Orleans, hold the mirror of implication in which, if we were being honest, we would see ourselves. Alvin DuVernay, the all-American hero of Hurricane Katrina, and an environmentalist who works for an oil company. Jemila Bayyoud, an Iraqi girl living in Jordan, with her child’s dream of being a presenter of a TV show offering ‘four Hummers and an SUV’ as a prize. Oil seeps into our language. We are always already implicated in our use of this finite resource, and most of us accept that the demand for it spurs on wars and inequality. The question that The Age of Stupid presents us with is: are we willing to make sacrifices and undergo the slow, painful process of changing our mindsets about the way we use our world? We must also ask: as Christians, what can we offer to those who would undergo this change?

I would contend that the resources of Christianity offer so much and as yet have not been fully tapped. To the non-believer, we can offer ways of understanding austerity; of distinguishing between different levels of good; an understanding of sin, sinfulness, and ways to respond to failure. One of the many challenges that climate change presents to us is of how to deal with suffering on a macro and micro scale: as Pete Postlethwaite’s archivist in the film muses, ‘maybe we weren’t sure if we were worth saving.’ Christianity presents a worldview where every individual is ‘worth saving’, whilst at the same time demanding the vision of calling everyone, especially the poorest and the outcast, our brother and sister. Rather than seeing individualism as synonymous with egotism, the language of faith asks us to treat everyone with a loving individualism – loving your neighbour as yourself. Embraced in the global Church there is the organisational opportunity to bring together those from all parts of the world under a common banner.

And yet, the environmental movement often feels like just that: a ‘movement’, something subsidiary to the main concerns of the Church. The Age of Stupid challenges us that we have until 2015 to make proper change, before we reach the tipping point. Even factoring in doubt about the exact point in time that it will become too late, or about whether the science is at a complete consensus, there seems no excuse for the call for action not being sent out to every corner of the Church. Imagine if, led by the Vatican, the Church as a whole really stepped up to its challenge of being a ‘green’ Church in God’s name. What if the new leader of the Church in England and Wales took on the basic tenets of Western culture – that freedom of choice is one of the highest goods – and argued persistently and loudly that being free to spend money on travel, luxuries and food is not a choice without victims, and that if, as a population, we have proved ourselves to be little more than greedy children in the way we consume (turning a blind eye to what we know lies around time’s corner), then on behalf of those who suffer the most, we deserve to have our freedoms restricted? The Church certainly has done much already, but far more needs to be done. Courage is needed by us all so that in our own large or small spheres of influence, we can be, in Fr Edilberto Sena’s words, ants biting at the feet of elephants.

The Age of Stupid makes this call to goodness from a secular perspective. As members of God’s Church we are twice called to be leaders.

The Age of Stupid - trailer