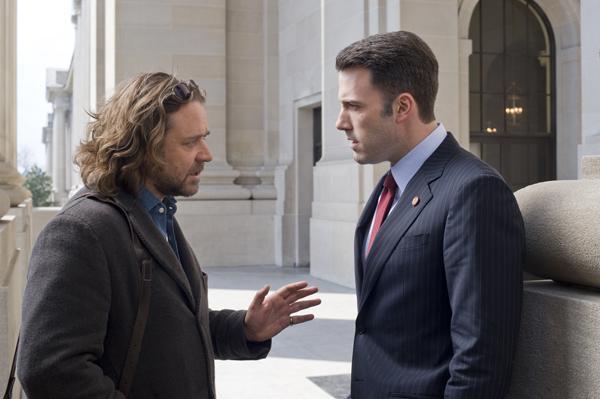 
It’s sometimes difficult to imagine politics before the Watergate scandal, or before the non-fiction thriller based on the investigation of it, All the President’s Men (Carl Bernstein and Bob Woodward, 1974).  Difficult, because everything about it has become so formulaic, right down to the now farcical repeated use of the suffix ‘-gate’ for any merest peccadillo on the part of a holder of public office  (Camilagate, Cheriegate, Grannygate, etc...) This ubiquity undermines the real import of Woodward and Bernstein’s journalism:  from an apparently mundane criminal event (an arraignment for a burglary), their risk-taking, persistence and courage revealed lies and moral corruption at the heart of the Nixon presidency.  The implications of what they were involved in were so earth-shattering that at one point, Woodward admits to anxiety about what they are doing­—it was as if their work had begun to undermine not just Mr Nixon, but the office, the very idea of the President.  And this was the change their work wrought:  a certain cynicism had been justified, a certain dignity of office lost, a certain heroism for journalists gained.

Just as the book changed things, the film (1976) had a similar impact, making Woodward and Bernstein into filmic icons.  Any film about investigative journalists is going to reference (even in the avoidance of them) Robert Redford and Dustin Hoffman’s performances, and the strange disappointment of the final moments of the film:  the rattle of the ticker-tape machine reporting the results of the journalists’ work, instead of the breath-taking drama of Nixon’s resignation.

State of Play is locked-into these conventions, indeed it seems deliberately to track the route of the earlier film.  Just as Watergate began with a trivial little burglary, State of Play opens with Russell Crowe’s sweaty journalist blundering into an apparently casual drive-by shooting that unravels into a full-blown scandal.  Instead of Woodward and Bernstein (preppy white-boy teamed reluctantly with chippy Jewish upstart), we have seedy old-timer (Crowe) teamed very unwillingly with apparently shallow blogger (Rachel McAdams).  Instead of Washington Post we have the Washington Globe, and almost preposterously, the Watergate building itself plays a cameo role in the conspiracy, about an hour in.  (If one actually were a political conspirator, would not a sense of self-preservation, propriety, or maybe just taste, give one pause before signing the lease on office-space in the Watergate Building?)

This brings me to other questions of casting.  Helen Mirren plays very stylishly the harassed editor of the Washington Globe.  Now, it’s possible that an Englishwoman might become editor of a politically-focused Washington newspaper, but given the xenophobic nature of all domestic politics in most countries, it’s not likely.  Then there’s the central relationship of Russell Crowe’s character (Cal McCaffrey) with his former college room-mate, the congressman Stephen Collins.  Collins is played by Ben Affleck (born 1972).  Crowe, born 1964, is eight years older than him, and it’s just not credible that they were both eighteen year-old freshmen together.  Collins is meant to have been a company commander in the First Gulf War, to have had at least one affair and other complex areas to his life.  Either the boyish Mr Affleck is a very decent chap, or he’s unwilling to bring the mess of his existence into his acting.  One way or another, I just don’t believe his performance, which is not surprising, since so much of his recent work appears to have been in chick-flick romantic comedies.

This is particularly unfortunate given the gripping and engaging performance by Russell Crowe, who successfully captures the moral complexity of what a writer does.  This is a man who has previously weakened-knees as a charismatic naval captain in Master and Commander or as the revenge-seeking husband to a murdered wife, and father to a murdered son in Gladiator.  This time, he’s prepared to let his hair go to pot and go into training on the super-size diet to get into the run-down habitus of Cal McCaffrey, visibly putting-on several stones, and looking, frankly, a bit rank.  Thus in role, we are treated to some great acting:  we see in his face the very moment when an idealistic writer confronts his own motivation, those seconds when desperately pursuing an idea or a theme we are forced to examine our conscience and ask the question: am I really interested in this person as a human being, or merely as a source?

Then there’s the walk-on part played by Brennan Brown.  You may not recognise the name, but he’s the actor who plays the vulgar studio executive in the Orange adverts, very familiar to cinemagoers.  You know the man, the suit whose only role is product placement, so to get photo messaging into the script of a film noir, suggests they make instead a ‘film orange’.  This is an in-joke for patrons of indie-arty-film houses at the expense of ‘high concept’ movie making.  So the irony is the whiff of high-concept in State of Play.  It’s there in the very project, of taking a highly regarded BBC tv series, and translating it to an American context.  It’s there in the relationship with All the President’s Men, and it’s there in one particularly clunky bit of sub-plot:  McCaffrey comes to represent the threatened world of print journalism, his young side-kick the upstart and dumbed-down medium of on-line news, as if all on-line journals were silly blogs about celebrity gossip.  Readers of Thinking Faith would no-doubt disagree.

This is an entertaining, but conventional thriller, with some genuine excitement and one unexpected twist.  If you go and are disappointed, you’ll probably agree that Russell Crowe’s performance is worth the ticket price alone.