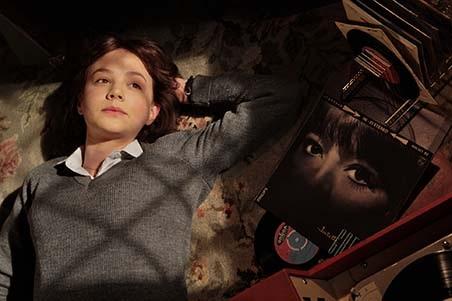 
An Education is a simple morality tale, set in the early 1960s. A teenage girl (Jenny), played with charming innocence by Carrey Mulligan, is seduced by an older man (David), only to find that his promises of marriage and security are hollow. While their relationship captures the excitement of young love and the burgeoning excitement of late adolescence, the age gap between Jenny and her lover David (Peter Sarsgaard at his smooth best) makes for uncomfortable viewing and adds a sinister undertone to the action, even before he is revealed as little more than a gangster and a serial adulterer.

The tension running through the film concentrates on the glamour of the life offered by David, against the dull hard work and suburban dreariness of Jenny’s school and family. Emma Thompson turns in her usual clipped vowels as an aloof headmistress, while the boredom and control of the family home is obvious. Against such competition, David’s romantic world of concerts and holidays in Paris is far too attractive. When Jenny finally repents of her adventure into swinging London, it feels forced and the last ten minutes – effectively a montage of a year passed in ardent study – are a drab anti-climax.

The film’s message is plain: hard work is not to be avoided, and education is a good thing. However, there is no real sense that Jenny makes a conscious decision to return to school, rather a series of events and a dramatic reveal leave her as a leaf borne along on tides of circumstance.

Jenny also lacks agency in her response to David’s dubious dealings: she is too quick to accept his gifts without questioning his methods. While this allows the audience to become immersed in Jenny’s fantasy, it undermines the central character’s growth. When she becomes a sudden sophisticate, it lacks the awkwardness that would accompany such a transition. The way in which her relationship is viewed by her peers is defined by a sort of Greek chorus of friends, who coo and bill over her sophisticated lover and the apparent change in her personality.

The film does make an admirable stand for the value of education, and superficially charts Jenny’s growth from unthinking slave to her family’s desires, to rebel, to fiancé, and to someone deliberately engaging with learning for her own good. Mulligan does the innocence and sophistication well and her performance is gripping. It is a shame that Nick Hornby’s screenplay is rather awkward in marking points of transition. A set of strong performances from the family and David’s companions gives the film interest and engagement. The actual script captures the social stratification of a London escaping from an oppressive decade, with the whiff of freedom in the air.

Unfortunately, the overall atmosphere is cosy: serious conflicts are smoothed over by David and some good humour, and despite the heartbreak, Jenny’s life is only briefly marred. She rights herself easily and enters university, where a final speech suggests that she was able to imitate a student’s awe at those experiences that she had already had, illicitly. While this is a delightful piece of light entertainment, it lacks any tragic grandeur and never grapples with either the possibilities of irreversible decisions or the moral ugliness of an older, manipulative lover.

The living desert of Lent

What is Ignatian leadership?

Why would anyone want to be a Jesuit today? The wisdom and example of Peter Canisius
The renewal of religious life and Fratelli tutti: Reading Fratelli tutti for religious
Finding freedom with St Ignatius
Spiritual and Religious: The Benefits of Being Both
My Own Personal Ignatius