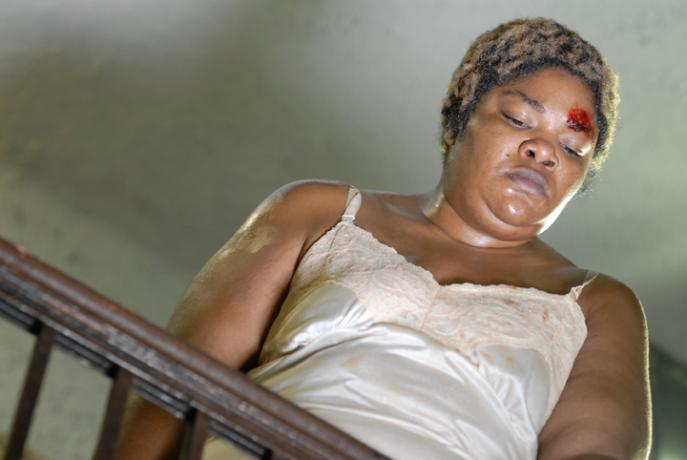 
Pitched somewhere between the misery melodrama of a true life confession and a gritty slice of 1980s urban American life, Precious is unashamed in its emotional manipulation. Following the titular heroine through incest, rape, teenage pregnancy and the inevitable AIDS diagnosis, it has all the moral subtlety of a pamphlet warning against the dire dangers of being illiterate, over-weight and trapped in poverty.

Since Precious herself has so little agency – even her redemption comes through a government body and apparently random support by kindly teachers- the film constantly threatens to collapse into sentimentality. Fortunately, the relentlessly bleak subject matter prevents this and the excellent cast, script and filming rescue the film from its undeveloped moral framework.

Precious’s situation is extreme: her father impregnated her twice and then disappeared, leaving her with a welfare dependant mother, who spends most of the film blaming her daughter for stealing her man. In moments of pressure, she can only escape into her fantasies, which merely serve to emphasise her hopelessness. Yet, gradually, she finds self-esteem, determination and friendship through an alternative school.

What makes the film engaging is the analysis of victimhood. Precious is obviously not responsible for her situation, having been brought up in degrading poverty, but in the final confrontation with her mother, the director makes it very clear that being a victim is no excuse for moral lapses. That Precious slowly emerges from her terrible situation is ascribed to her determination. Through literacy she gains self-worth, and non-judgemental teachers who frequently display terrible class control abilities, aid her in her progress.

For most of the film, Precious is pictured in isolation, with no responsible adults – both mother and grandmother connive at the abuse and cheat the welfare system. A brief scene where she looks inside a church only underlines the lack of moral guidance in her life. That she almost immediately finds help from her teacher acts as an expression of grace, and the same stubbornness that made Precious refuse help in the past now supports her recovery.

The film is self-consciously harrowing, even going so far as to include a scene where the students define ‘relentlessness’ as a critical term, capturing the horror of American lumpen proletarian experience. The 1980s setting, all dark rooms and bad TV, offer an implied critique of consumerism, without questioning the system. The film is firmly an individual life story and is silent on the systemic pressures that allow such misery.

The down-beat tone, and the ambiguous ending, lift Precious out of the almost pornographic emotional torment of other art that dwells on hardship: far from sensationalist in tone, it pays tribute to resilience and human kindness. Nevertheless, its simplicity makes it more of a homily than an extended meditation on exclusion. It admirably refuses to offer broader solutions to Precious’s dilemma and concludes with a humanist recognition of perseverance, without ever questioning the human failings which caused the horror.