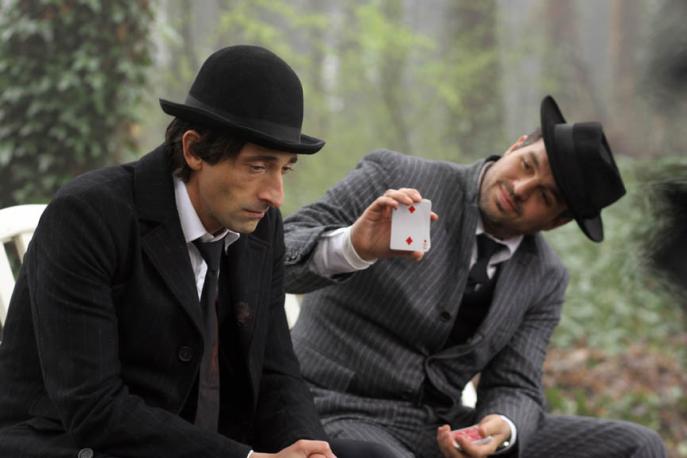 Despite a failure to fix the tone, leading to a tragic finale that lacked the necessary bite, The Brothers Bloom is a detailed meditation on the nature of lives over-scripted and corrupted by deceit. The titular brothers are a pair of con-artists, weaving their way around the world in a series of comic confidence tricks that supposedly leave their victims satisfied. When younger brother Bloom decides he wants out, his older brother fakes an elaborate scam that allows him to enter into a new life, unencumbered by his past criminality.

Beneath the comedy, the film attempts to discuss the impact of both fraternal love and the search for an authentic life. In a world of Russian gangsters and glamour, the brothers struggle to maintain their integrity, and when Bloom falls in love with one of their marks, the tragedy unfolds. The conclusion (that the unwritten life Bloom longs to discover is yet another fiction) comes at such a cost that it feels harsh, especially against the increasingly bumbling antics of the supposedly legendary scammers.

Throughout the film, the script tries to flip the real and the fake, the sincere and the dishonest – a star turn from a Belgian-accented Robbie Coltrane symbolises the central tension between broad comedy and serious thought, while the brothers’ manipulation of events leaves most scenes uncomfortably ambiguous. Bloom craves the real, and when he finds love, he is forced to act against his own interests: yet to escape the fictions that enmesh him, he participates in one, final, deadly game. This constant jumping between narratives is unsettling enough to encourage thoughts about how falsehood distorts natural emotions, but never quite forceful enough to disorientate.

At the heart of the story is an almost naïve romanticism, as love becomes the panacea for all woes. The final escape of Bloom and his beloved seems to redeem the crimes, the casual violence and fraternal conflict. The locations and fashions are imbued with a vintage aesthetic: although the film is clearly contemporary, the characters’ styles have a classic finesse, giving the film a veneer of timelessness that defeats the serious themes and ignores the real impact of confidence tricks and underworld savagery. There is a materialism in the aspirations of the hero and heroine which is never quite as ugly as it could be: large sums of money are squandered, consequences are unseen.

It is this casual attitude to money and behaviour that ultimately leaves the film cold and soulless. It is good to question the ideas of self-determination, and eventually reject the over-cautious and calculating life for one based in love. Yet without fully engaging with the social cost of blowing up museums, houses and stealing massive sums, the film lacks the moral authority to claim sincere conclusions.