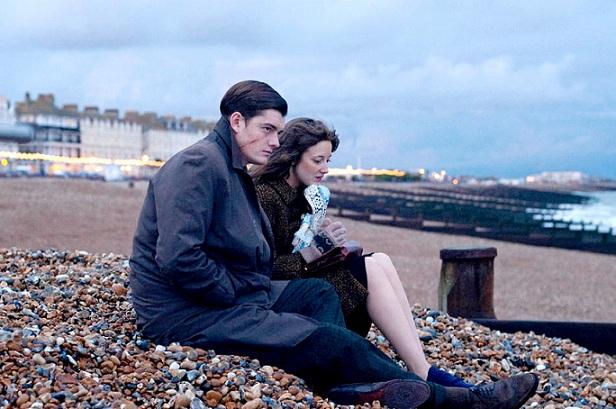 
Director Rowan Joffe has been at pains to point out that his version of Graeme Greene’s novel is not a remake of the 1947 film, recently voted the 15th best British film of the 20th century by the British Film Institute. It’s clear that he is sensitive to the strong emotions that are invested in any classic film, but there is also the sense that he is pre-empting some of the criticisms that will be – on the basis of initial reactions at film festivals last year – levelled at his film. His version of Greene’s story of gang warfare, revenge and guilt on the south coast is a strong thriller that could stand alone on its own merits; but the quality of the novel that engendered it overshadows it. The subtleties that the novel conveys are lost in the fast pace – even at nearly 2 hours (twenty minutes longer than the 1947 version) the plot moves and feels fast – and although the result is compelling viewing, there is little of the ambiguities and complexity of the novel.

The film is at its strongest in capturing the violence from which Pinkie has risen. The story is re-set in 1964, with the death sentence still casting its shadow and Brighton caught in the turn towards a youthful modernity that makes itself felt in weekend riots. The pier is an ominous figure: full of pop guns, flash bulbs, children bursting around corners; and underneath the neon games and doughnuts lies the thunderous grey sea, imploding between the pier’s iron supports. The gangs’ razor blades are far more personal than guns, and there is something more evil in the violence they beget in the slashed arms and faces, wounds designed to bleed and scar rather than to kill.

Brighton (whisper it, but Eastbourne makes an excellent and, as Joffe points out, far cheaper stand-in) is the provincial, grubby centre for Pinkie’s revenge. Reading the novel, I remember how small everything seemed – the violence centres around who ‘owns’ a few betting shops, and Colleoni, the head of the rival gang, sits in inflated status in one of the posher hotels. Spicer dreams of retiring to a pub in Nottingham; for Rose, going on a trip out to the lighthouse is an exciting adventure. Greene’s skill was always to see the grandeur in lives seemingly made small by poverty, or commerce, or habit, and Joffe succeeds here in capturing that double feel of significance and insignificance.

It is in the characters that the film begins to drift from the novel, and where judgement will be passed on whether Joffe’s film is a good thriller or a great film. Greene’s Pinkie and Rose are characters that feel totally original in literature. Their relationship hinges on Rose’s loneliness, her desperation such that a nasty piece of work as Pinkie could be the first to crack open her reserves of love and devotion. Pinkie is a 17-year-old brimming with violence and insecurity – his dread of sex, his asceticism, and despite his viciousness towards her (‘you want me to say I love you...but I don’t. I hate you.’), his razor-lined morality that makes him aware of what he is doing. In counter-balance to him is Ida, corporeal and compassionate, fond of a kiss and a cuddle and a glass of port, whose far more simple morality (an eye for an eye) propels her into his path. But in Joffe’s film, these textures are toned down, reduced into essentials. It’s hard to see much evidence of ambiguity in this Pinkie, and the few moments when he does show weakness seem unnatural. Sam Riley captures Pinkie’s threat but at 30 he is over-aged and can’t portray his youth. Helen Mirren as Ida is excellent and gave the film the star name that it needed to be a viable commercial proposition, but the pace of the action means there is no time to explore her character in much depth: her final encounter with John Hurt’s small-time bookie, which is intended to show her way of countering evil with the pleasure of being alive (champagne and a room together for the afternoon) feels out of place: there hasn’t been any real establishment of her character to make sense of this, and it feels callous and arbitrary.

And what of the famous Catholicism? Many years ago a teacher told me that if I wanted to write I should be like Graeme Greene, a great author and a loyal Catholic. Out of stubbornness I didn’t read anything of his for years, till someone bought me Brighton Rock and I had forgotten my teacher’s advice; part-way through, when Pinkie finds out Rose is ‘a Roman’ too, I remembered with surprise his claim that this was Catholic fiction. The Catholicism of Brighton Rock is a faith reduced to ethical principles and guilt when these principles are broken, and it seemed a world away from a life-giving faith based on a relationship with a loving God. Joffe’s film makes use of the faith’s surfaces: candles, Marian statues, crucifixes, the harsh voice of a nun. Pinkie’s faith is not much more than a light shone onto the bars of the cage he has made for himself: he knows he is doing wrong, but is filled with such self-hatred that he rejects any prospect of redemption or grace. Despite what Joffe claims about Pinkie’s hope of redemption surviving right up to the end, it would take quite a forensic theologian to read that into the film.

It’s unlikely that this version of the novel will garner the same acclaim as its predecessor, and Joffe has chosen pace and excitement over the deeper concerns of the novel. But it is testament to the strength of Greene’s story-telling that the tale of Pinkie’s descent into his own hell can survive this winnowing of its material and remain a highly watchable, disturbing thriller.

The Christian West and its Singers: the First Thousand Years