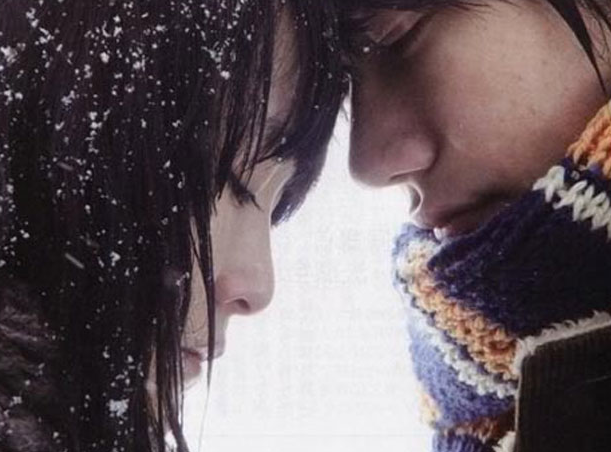 
Norwegian Wood, the adaptation of Haruki Murakami’s bestselling 1987 novel, is a quiet and ponderous film. Its measured and judicious approach to the ‘big two’, the two human symptoms most explored in art and most worried about in life, bind the viewer to the characters, a shared journey towards but never quite reaching understanding. I am of course talking about love and death, and our protagonist Watanabe’s (Kenichi Matsuyama) education in them. For him they are bound together, inseparable, with their borders too often overlapping. The tragedy of loss and decay and life’s rebellion against it.

Watanabe is 18, has just moved to Tokyo to go to university, and has recently lost his best friend Kizuki (Kengo Kora) to suicide; he is in search of something new. Just as it seems he has escaped the tragedy he left behind, a chance encounter with his friend, Naoko (Rinko Kikuchi), Kizuki’s ex-girlfriend, pulls him back towards the trauma and intensity of feeling from which he had been fleeing. Bound together by their common history, their shared grief and confusion, they cling to one another, as if seeking shelter within the other from the outside, as if the other’s understanding could really stave off the chill of death and the pain of life.

But of course it cannot be that simple. As Watanabe silently suffers with his grief and confusion, Naoko falls under the strain into deep emotional and psychological illness. Her regrets consume her: her sorrow at never being able to fulfill her and Kizuki’s love sexually, her guilt at how readily she was able to do so with Watanabe, and the utter confusion of the young mind at the carelessness of death. As she and Watanabe try to keep hold of one another, slowly she is swept away, and alone he must remain.

At the same time Watanabe sees another response to loss. The vivacious and optimistic Midori (Kiko Mizuhara) imposes herself upon his life, and they slowly develop a relationship. Watanabe sees Midori’s life, equally filled with loss and upset, and her resilient sanguinity maps out for him an alternative route to safety and sanity.

Set in 1960s Toyko, Norwegian Wood is a quintessentially Japanese story. The characters’ responses to the trials they face are inherently grounded in their cultural background. The manner in which characters are so accepting of events, so noble in the face of the most ignoble truths and so reflective and considering of the most visceral human tragedies; the subtlety and care with which the subject matter is explored; all of these, as well as the attitudes towards death itself, are recognisably Japanese cultural traits, and from a western European perspective which often treats these things quite differently, they are beautiful. The film’s approach to suicide is particularly interesting. In Japanese culture, suicide has never been vilified as it has in western, Christian cultures. Suicide is no sin in Norwegian Wood, and in fact Japanese culture has for centuries viewed suicide as an honourable end, a human victory over destiny and death. As such, the characters in the film never question the motives or actions of any of the characters who kill themselves, and furthermore, do not even refer to suicide. They use terms like ‘death took Kizuki’ rather than ‘Kizuki killed himself’. It is hard to tell whether this makes it harder to come to terms with the deaths in the film or easier, but there is certainly no blame apportioned or anger directed towards the deceased. Their decisions are understood, are respected, but ultimately Watanabe must ‘pay the price to go on living’.

Norwegian Wood is a passage of a young man’s journey; a tragic passage, but not a hopeless one. Youth collides with reality, love with loss, and hope with grief. For some it is too much, it is too hard. For Watanabe it is a bitter pill, but one that with time, effort and silence he manages to swallow. This passage of his journey concludes with him coming to terms with the inevitable truths we must all come to terms with at one point or another. As he puts it, and as we hear it; ‘Death exists, not as the opposite but as a part of life.

The Management of the Church