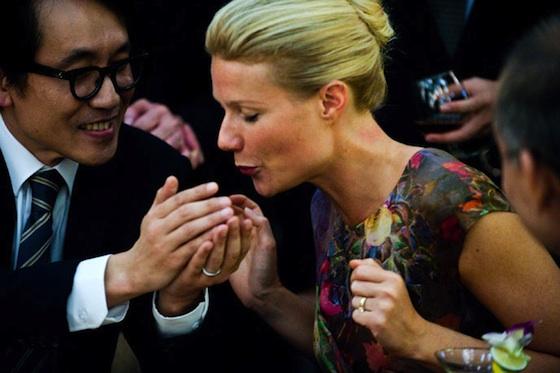 
A businesswoman returns from Hong Kong to her home in Minneapolis carrying a deadly virus. Within two days both she and her young son are dead. Where did this virus come from, and how many other people did she infect between Hong Kong and Minneapolis? So begins Contagion, the new Steven Soderbergh film about an epidemic in our modern world and its social repercussions.

When it comes to deadly virus movies, there are two ways to go: you can frighten people with over-the-top, apocalyptic scenarios, or you can take the more realistic route, suggesting the possibility of an epidemic in our own lifetimes, frightening people into self-imposed quarantine and obsessive use of hand sanitiser. Contagion takes the latter approach – or attempts to.

Contagion suffers from the same shortcoming that plagues many American movies: a huge divide in talent between the lead actors and everyone else. There’s a reason Matt Damon, Kate Winslet and the others get top billing; they are superb actors. But it’s difficult to create an atmosphere which maintains one’s suspension of disbelief, particularly an atmosphere of tension, if the rest of the cast can’t speak their lines naturally.

Although the lead actors are top quality, they have very little to do. Not a single one has a role which showcases his/her acting talent, never mind constituting any actual challenge. The script is extremely poor. The story jumps around so much and so many ideas are touched on but never properly addressed, that it feels as though the script came directly from a brainstorming session, with all the ideas jumbled together in no particular order, rather than from a fully fleshed-out, carefully considered plot outline. Just one example among many: when one scientist is busy setting up emergency wards in local gyms, she is accosted by a politician who demands to know where the money is coming from. The question just hangs there; no one seems to think it worth answering, and it is never addressed again for the whole of the film. Apparently, this was just a smug moment for us to shake our heads at greedy, small-minded politicians who try to obstruct the noble scientists selflessly working to save the world.

There are plenty of stereotypes and clichés to pad out the cast list, from the general who thinks America is under attack from biological-weapon-wielding terrorists to the scientist who needlessly and pointlessly injects herself with an untested vaccine. The major characters are given no room to expand or grow, so we have little sense of who they are or why we should sympathise with them. If we can’t know them, why should we care about their story? If the film had followed a real epidemic, we could at least feel the tragedy of the massive loss of human life, but Contagion is fiction.

Being neither a microbiologist nor an epidemiologist, I cannot comment on the scientific accuracy of the film, though it certainly seems believable. Writer Scott Burns falls into the trap that lures everyone who writes outside his comfort zone: he gives us far too much information. Instead of using the scientific knowledge to create a believable premise, he turns much of the film into a microbiology lecture, which is not only tedious but also impairs the atmosphere of the film. We are most afraid of what we don’t understand; if we understand how diseases spread and mutate, we might feel more paranoid, but we will not be terrified.

However good the science might be, the understanding of human nature is very poor. In attempting to explore the potential social consequences of an epidemic, the film follows no logical progression. We see people smashing banks and murdering their neighbours, but we are shown no collapse of authority, however improbable, which might account for such chaos. The problem with trying to create a thriller from a realistic scenario is precisely that such visions of anarchy are unrealistic. Humans are amazingly resilient. Some people would panic and some would die, but the majority would adapt. They might go about more fearful and more careful, but they would get on with their lives. It’s a fallacy to think that because we have no experience of epidemic in our modern Western world that we could not cope. No more were the people of London used to having bombs dropped on them night after night. Society does not grind to a halt just because it comes across something frightening and unusual.

Overall, Contagion feels lazy. The filmmakers expect us to react with fear even though they’ve made no effort to tell us a coherent and believable story. Crippled by a shockingly poor script, Contagion limps to a self-satisfying and predictable end, and as far as I’m concerned, it does not come soon enough.