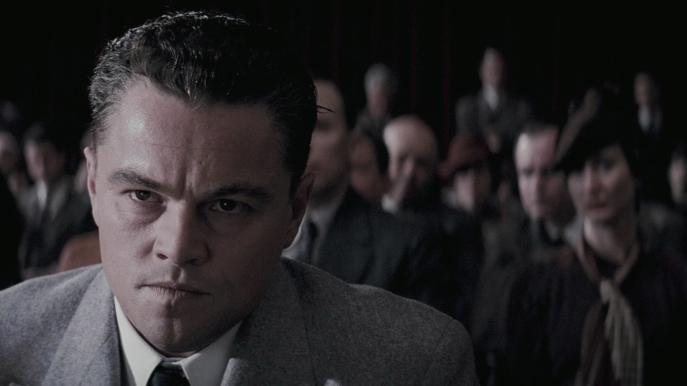 
Most middle-aged people would be happy to be mistaken for an eighteen-year-old. It rarely happens for most of us, of course, but it probably happens a lot to the 37-year-old Leonardo DiCaprio. Fifteen years after he declared himself ‘King of the World’ at the bow of James Cameron’s Titanic megahit, causing millions of girlish hearts to skip a beat, Leo still looks like he’s about to sit for his A-levels. No matter how hard he tries, it’s difficult to take him seriously as an adult, especially a powerful, yet socially-retarded, 77-year-old man.

That’s not to say that DiCaprio and the team behind J. Edgar don’t try really hard to pull it off. They do. Yet no matter how well Alessandro Bertolazzi’s makeup is applied (and his work is very impressive) you never really believe that you are watching J. Edgar Hoover. In every scene, it’s as if that young kid from Titanic has happened upon a masquerade party in the ship’s ballroom and is pretending to be an adult for the night, yet he looks and acts not like adults do, but like how kids imagine adults do. Compare this performance in J. Edgar with Meryl Streep’s recent turn as Mrs. T. and you’ll know at once what I mean: from the moment you see Streep buying milk at Costcutter you are convinced that you are watching Margaret Thatcher.

Though a talented actor, DiCaprio is no Streep and that’s just the problem. He doesn’t seem to know who J. Edgar Hoover is and, consequently, we are none the wiser either. That’s unfortunate, for J. Edgar Hoover is one of the towering figures of twentieth-century America. As Director of the Federal Bureau of Investigation (the U.S. version of MI-5), from 1935 to 1972, Hoover’s influence, both in the broad daylight of public life and in the shadows of political intrigue, was immense. Not only did he invent modern forensic science, he federalised crime-fighting, transforming the FBI from a bureaucratic backwater into a modern crime-fighting force that was the envy of the West and the precursor of today’s Department of Homeland Security. With only the force of his personality and his self-promotional panache, Hoover even changed popular culture: before Hoover, Hollywood celebrated the gangster; after Hoover, his F.BI. agents (the famous G-Men) were Hollywood’s protagonists.

Like most things human, all of that had a shadow side. In the course of his fifty years as Director, Hoover deliberately assembled in his Washington office a vast collection of secret files on everybody from Eleanor Roosevelt to Richard Nixon to Elvis. Every sordid rumour and scandalous detail was meticulously indexed and Hoover was not above using his information to further his aims. In a town in which information is power, blackmail was Hoover’s most powerful weapon. No politician dared stand up to his bullying; no president dared to fire him. Even Lyndon Johnson, no stranger to the political dark arts, was so afraid of Hoover that he named him F.BI. Director ‘for life.’ The persistent rumours about Hoover’s own private life (his purported homosexuality, his enmeshed relationship with his principle assistant, Clyde Tolson, as well as his alleged penchant for cross-dressing) did not prevent the great and the mighty from kow-towing before ‘The Director’; in fact, all that stuff just seemed to add to Hoover’s powerful mystique.

Director Clint Eastwood doesn’t dwell on the prurient stuff in J. Edgar – Hoover’s dysfunctional and intense relationship with Tolson is portrayed as chaste and even loving in a broken way. There is an allusion to the cross-dressing stuff during one scene in which Hoover attempts to inhabit his mother’s memory à la Norman Bates. Most of the film though avoids the campy claptrap in order to stress just how powerful Hoover was and what he did with that power. It’s straight-up history, in other words. The trouble is that we pretty much know the history (or could read it on Wikipedia). We know what Hoover was; what we do not know is why he was what he was and, unfortunately, Eastwood’s movie doesn’t shed any light on that.

In that sense, maybe DiCaprio’s unconvincing performance isn’t entirely his fault. If the writer and the director don’t know much about their subject, it’s going to be awfully hard for an actor to make up the difference. There are some decent performances in J. Edgar: Armie Hammer (Tolson) and Naomi Watts (Hoover’s long-serving secretary) turn in some interesting moments. And Dame Judi Dench (as Hoover’s mother) is always a marvel to behold. But unlike The Aviator in which he carried off a role that many people thought was too big for him to fill; and unlike Titanic in which his natural looks and charm made his character as big as the boat, DiCaprio’s talents are hidden here, somewhere beneath ten or twenty pounds of prosthetics. If I may mix a metaphor, this one doesn’t fly, it sinks; and the sinking, while tragic, is pretty undramatic.

The Church and the Media