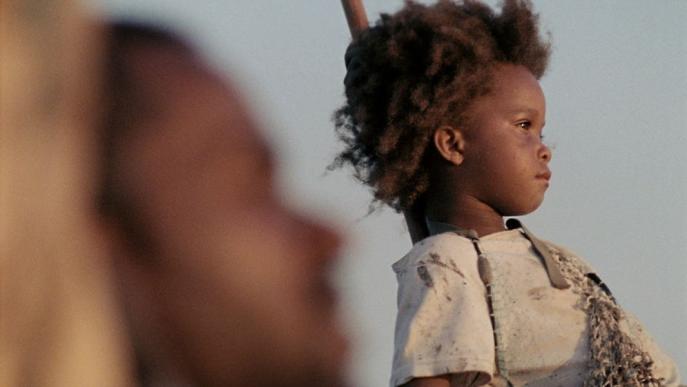 
Set in Louisiana’s Gulf Coast in the wake of Hurricane Katrina, Beasts of the Southern Wild narrates the story of a heroic young girl, Hushpuppy, against a backdrop of disaster and coercion, of both natural and manmade origin. Ben Zeitlin’s debut film illustrates the plethora of conflict at work in a small community in the ‘Bathtub’.

The film tells the often-harrowing story of Hushpuppy as she stumbles through her early childhood and matures swiftly into the chaotic society in which she finds herself. Having already lost her mother, Hushpuppy has to deal with a dysfunctional relationship with her father, Wink. His behaviour in general and his treatment of Hushpuppy in particular makes explicit the roots of the tension between them: the loss of Hushpuppy’s mother, alcoholism, sickness and a certain unrealised idealism. Nonetheless, beneath this harsh exterior there lies a tacit love between Wink and Hushpuppy that is most evident as they are about to part at the close of the film: Wink’s constant mandate, ‘Don’t cry’, is no longer meaningful and so they can simply be themselves in one another’s company.

The ‘beasts’ of the title cannot be defined singularly; they are a metaphorical expression of the various manifestations of conflict throughout the film. For instance, there is the conflict between the external authorities and the humble community onto which they impose their mandate; the conflict between nature and the community whose very existence it threatens; and, more nuanced, the conflict that characterises many of the relationships that are played out throughout the film, not least between father and daughter.

This may all sound very negative, but many of the interests that come into conflict with one another have a distinctly benevolent façade. For example, the authorities are simply imposing what they believe to be the best option for this community; yet the people in the Bathtub cringe at the thought of returning to a more conventional approach to life, desiring the simple and in some respects primal existence that they now possess. These are two good and honourable points of view; nevertheless the collision of two opposing desires represents one of the ‘beasts’ that threaten the very fabric and existence of the Bathtub.

In the midst of a world that seems to be increasingly broken, the not-so-silent Hushpuppy remains aloof, trying to find her own way to express her humble humanity in the world she perceives. She encounters these conflicting interests, dysfunctional relationships, and not to mention the destruction of her ‘world’, but remains remarkably untouched. She witnesses to something greater, to the desire for communion, manifested in the desire to see her mother. Her story is aligned with the great story of humanity and the human struggle, the greatest of which was of a man with whom we are all very familiar. And for Hushpuppy, it is apparent that she has a taste of resurrection in her own little way.

Beasts of the Southern Wild is an unusual yet loveable expression of human struggle and the fight for liberation from those things that hinder human flourishing. It portrays the flaws of human relationships and of the realities in which humanity resides, yet offers hope in an all too dire situation.


'Beasts of the Southern Wild' Trailer

Das Kapital and the Russian Revolution

The Battleground of Imagination