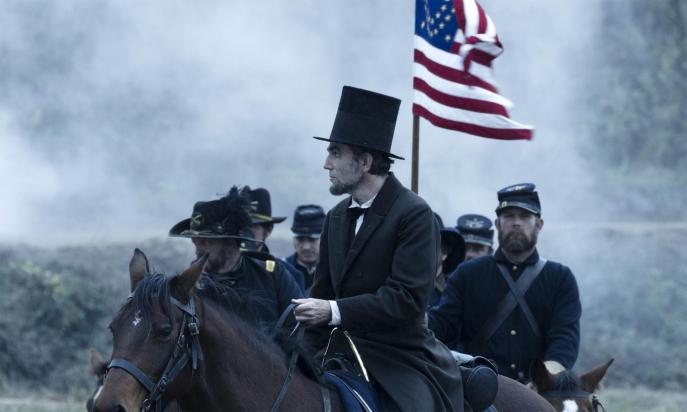 
Abraham Lincoln, together with George Washington and Benjamin Franklin, is one of those figures who has something of a legendary status in American history and has helped to shape the identity of the American people. The image of the lanky, bearded president with his stovepipe hat is immediately recognisable nationwide, and the national holiday in honour of George Washington’s birthday is often referred to as Presidents’ Day in homage to both the 1st and 16th presidents of the United States whose birthdays happen to fall within ten days of one other. Any American school child will be able to name Abraham Lincoln as one of the presidents and would probably also tell you that he was born in a log cabin (reinforcing the sentiment that anyone from any background can achieve greatness in America). Among those a little older, he is famous for ending the Civil War which took place between 1861 and 1865 (though he is less well known for starting it) and for abolishing slavery in the United States. So when I heard that Steven Spielberg was making a film about Lincoln, I was intrigued as to how the master of drama and sentimentality would handle this man of history and of legend.

Lincoln focuses on the events of January 1865. President Lincoln was determined to pass an amendment to the Constitution of the United States of America. This 13th Amendment would make the practice of slavery illegal across the whole country, as it already was in the northern states. The bill had been passed in the Senate but rejected by the House of Representatives. In January 1865, Lincoln sought to have the amendment brought before the House again. Many people balked at the amendment, some out of fear that it was the first step down the slippery slope to racial equality, but others had another, more forceful argument.

The War Between the States was coming to a close. The Confederate army was ragged, starving and exhausted. Now was the time to make peace, to welcome the straying states back into the fold. Many politicians feared that this amendment to outlaw slavery would antagonise the rebel states and prolong the war. The economy of the South was based on agriculture, which they saw as being dependent on slave-run plantations. In trying to force this bill through the House, the President was jeopardising a peace which seemed within reach and, as many saw it, needlessly risking the lives of so many sons, brothers and husbands.

Abraham Lincoln, at least as portrayed in this film, strikes me as an odd sort of character. His impassivity combined with a perpetually bemused expression makes him appear rather smug, and he gives off an aura of not really grasping the gravity of any situation. He has an anecdote or an aphorism for every situation, with no sense of whether such a communication might be appropriate or appreciated. Most people hang on his every word, but the less impressionable sometimes find him infuriating. And to be honest, I find his self-complacency and lack of feeling both irritating and boring.

The character of Lincoln in this film shows very little emotion, except once when his wife’s self-important grousing finally gets to him and once when he finally gets fed up with his cabinet for not giving him their full support – not terribly surprising considering he manoeuvred behind their backs and seemed not to be taking seriously the idea that the amendment might be a bar to lasting peace. He rarely shows any doubt about pushing this particular bill at this particular time in history, and he outmanoeuvres his opponents deftly, all the while maintaining an expression of smug self-confidence. Perhaps this is how Lincoln really was; or perhaps this is how one avoids the risk of belittling a legend by making him too human. In any case, it does not make for terribly exciting drama.

For me, Lincoln’s main interest was as a passable docudrama. I would caution anyone unfamiliar with this period of American history that it does not give a good representation of the secession of the southern states and the subsequent war, but it does go into much detail surrounding the 13th Amendment to the Constitution and the preceding Emancipation Proclamation, explaining many legal and political intricacies. You may want to brush up on your history beforehand, though; a basic knowledge will help you to access the information that is sometimes crammed into rapid dialogue, which is less than effective from a dramatic point of view.

As a drama, Lincoln has little to recommend itself, but for those interested in politics, history or sociology, it is worth watching for the knowledge it imparts about this significant event in American history.