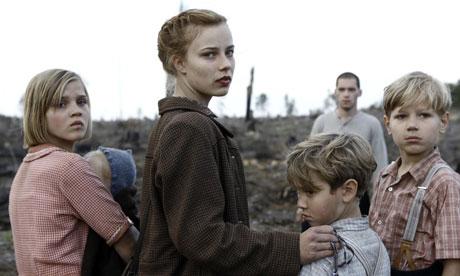 
The worst moment was when, at two o’clock in the morning of 1 May, the news of Hitler’s death came through on the radio. I remember it precisely, but I can’t describe the stillness of that instant which lasted… for hours. Nobody said anything, but very soon afterwards people started to go outside, first one – then there was a shot. Then another, and yet another. Not a word inside, no other sound except those shots from outside, but one felt that that was all there was, that all of us would have to die. […] My world was shattered; I couldn’t see any future at all. But then, out there, in the back of that inn, where bodies were already laying all over the small garden, there was another boy, older than I – he was eighteen. He was sitting on a log and told me to come and sit with him. The air smelled good, the birds sang, and we talked ourselves out of it. If we hadn’t had each other at that moment, both of us would have gone – I know it.[1]

The startling recollection above comes from Hitler’s godson, a boy of fifteen in 1945, still carrying at the time the nickname ‘Crown Prince’ given to him by the Führer’s odious entourage. Having chosen not to join the corpses of the other Hitler Youth in the beer-garden, Martin Bormann Jr went on to become a Catholic, serve as a priest, marry an ex-nun and then teach theology. He was not alone in finding that Hitler’s death and the collapse of the regime presented him with existential questions.

Lore is a filmic re-interpretation of Rachel Seiffert’s 2001 Booker Prize-nominated novella of the same name[2] about five children who are left to find their own way from Bavaria to their grandmother in Hamburg while their parents, a senior SS officer and his wife, are interned and interrogated, and (one hopes) brought to justice.

Nazi ideology tolerated no defeat, so the system propelled Germany to a Twilight of the Gods, where death, suicide or mutual destruction were the only logical answers to a world without the Führer. Once they made the choice to live at all, the children of Nazis had to face a future in which most of their childhood certainties had vanished. This provides one of the dramatic pulses that runs through both the film and the novel: the fatherless society – a name given to explain what it was like to live in a country where so many fathers were either dead or compromised by culpability in the fascist period, but also to describe that other absence, the emotional one, that Hitler and his system had provided.

This simple story of a group of children travelling unguided through a shattered and partitioned Germany is thus both a Bildungsroman (a story of a journey in which a child becomes an adult) and an extended metaphor for the parentless world these children have to face: no father, no mother, no Führer.

This is one of the ways in which Seiffert (bilingual in English and German, and with a German mother) brings into contemporary English writing (often criticised for its lack of politics and obsession with the private mores of the middle-classes) some of the meatier themes of German post-war literature and cinema. In addition to the exploration of the fatherless society, the explicitly political motif of the individual in history is one of Sieffert’s themes, and an idea that links the work of Siegfried Lenz, Gunter Grass, Edgar Reitz, and Hans-Jürgen Syberberg, just to list some of the big (and male) names. That Seiffert is a woman, like her interpreter and her protagonist, introduces a question of gender which does, I think, affect the sort of film this is.

The novella is a compelling read: written in an initially neutral, almost banal style, Sieffert slowly turns the screw, tightening the tension, and almost tricking the reader into compassion for these orphans, wandering through the non-country that Germany was, crossing new and shifting borders, begging what food they can, risking their welfare to find their one remaining relative – a fate that faced thousands of other displaced children.

Cate Shortland’s film is a creative response to Sieffert’s book – the film is not a frame-for-page recreation of the text, and that has to be the right approach, to use filmic language to convey the qualities of the writing. The slow increase in tension that (for me, at least) is one of the successful elements of the book is conveyed by such images as a lingering shot of eels writhing in the bottom of a boat, or by disorienting low-angles across blitzed fields and strange, empty landscapes, or a lingering shot on the entry wound on the corpse of a suicide. I have no problem with any of this – the lingering photography is perfect for the post-apocalyptic mood. The screenplay, however, writes-up certain elements of the plot which are left vague or ambiguous in the novel, and I can’t help thinking that the ambiguity (which connects with wider themes of doubt, insecurity, denial and all those things that that were unspoken-but-known) was better.

There is also a score which I found slightly intrusive, but its persistent violin solos didn’t stop at least one person sitting near me falling asleep – for this is a very slow piece of cinema: as you might have guessed, there are quite a few bodies, but none of them falls out of cupboards.

Like the book, the film works by slowly (one might say very slowly) building the tension, and exploring through symbolic and refreshingly imaginative cinematography the existential crisis that so many young Germans faced in 1945: it is a thought-provoking and memorably disturbing film.

[2] Lore is the second section of a three-part novel, The Dark Room.

Let the Right One In