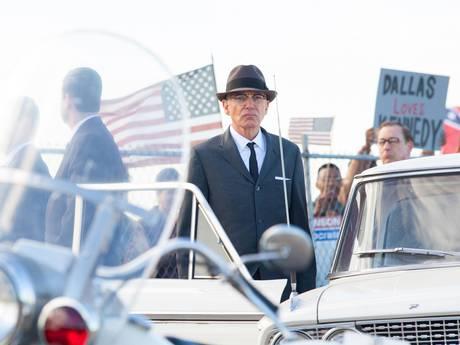 
25 years ago I stood in silence in Dealey Plaza, Dallas, Texas. It is a very chilling place, frozen in time but also remarkably small, which is never relayed on film. The exact details of the events that took place there are still unknown, but despite the existence of a constellation of murder suspects, we cannot escape the fact that the lone star of Lee Harvey Oswald shines brighter than any other when it comes to the question of who was responsible for the assassination of President John F. Kennedy on that tragic day in November 1963.

Peter Landesman’s beautifully filmed Parkland starts with this premise, too. His four years of painstaking research led him to conclude that there is nothing of worth to be found in the conspiracy industry surrounding the assassination. His film avoids any question of who was guilty; rather it looks at the impact that would have been felt by the people who experienced the 20th century’s most famous murder firsthand. As Landesman explained at the BFI London Film Festival premiere, the film is not for the detectives or the commentators but for ‘the rest of us’, those who felt the emotional tragedy of that day and have had to cope with the consequences ever since.

Landesman sets the scene as a crystal clear, blue-skied autumn day which showed promise and peace but was shattered by an assassin’s bullet. But he reminded us that the weather conditions were exactly the same on 9/11 and when the tsunami broke in 2004; disaster has this cruel way of appearing undercover of beauty.

Parkland is the name of the hospital to which the President was taken immediately after he was shot, and in an incredibly emotive scene we witness newly qualified doctors, Jim Carrico (Zac Efron) and Malcolm Perry (Colin Hanks) desperately trying to bring the slain President back to life. The film evokes all too well the emotions of the young men and women trying to turn back a page of history; we are made to think about those who played a part in the story but have since been forgotten. Barry Ackroyd’s cinematography creates an immediacy to the action, which provides a legitimacy to the emotional connection we establish with the characters and also creates a tangible fear.

It is remarkable to think, in a digital media age where access to film and photographs is so instant and ubiquitous, how heavily the imagery we associate with this event relies on the 12 seconds of film taken on an 8mm movie camera by Dallas businessman Abraham Zapruder (Paul Giamatti). 50 years later, people are still discussing, arguing about and evaluating what they see in those few frames. In a clever move, Landesman presumes the viewer knows the footage well, so he turns the camera away from the incident and films instead the shock of Zapruder and the FBI agents.

One of the most poignant moments in the film has never been depicted on the wide screen before. At midnight, the 23-year-old Lee Harvey Oswald (Jeremy Strong) speaks to his older brother, Robert (James Badge Dale), who was 29 at the time, about what had happened. Landesman explains that he was trying to capture a moment of an elder brother speaking to a younger brother in an innocuous and innocent way, and yet in those few moments we get a glimpse of guilt that has never really been alluded to before.

As our empathy for the characters is still increasing, the film is brought to an abrupt halt, which is perhaps Landesman’s point. The events of that day in Dallas had extraordinary importance and yet the people who were coping with that situation were just normal people. We see in this film the discernment that is required of those who bear the burden of being a witness to the truth. Parkland is not trying to rewrite history; it is trying to acknowledge the roles played over that momentous weekend by the people who simply had a job to do or a duty to fulfil. Landesman is asking us to question ourselves and our response to crisis and to pain, whether it is in our work or our personal circumstances.

President Kennedy was a great fan of Robert Frost’s poetry and, as in that wonderfully affecting poem, ‘The Road Not Taken’, Parkland takes the lesser-travelled path through the wood of theories about the assassination. Its strength is in its beauty and its sweep across the screen. The events of 50 years ago still court controversy and angst; Landesman lifts them off the pages of the history books and brings them to life authentically.

Heroic Leadership: Best Practices from a 450-year-old Company that Changed the World