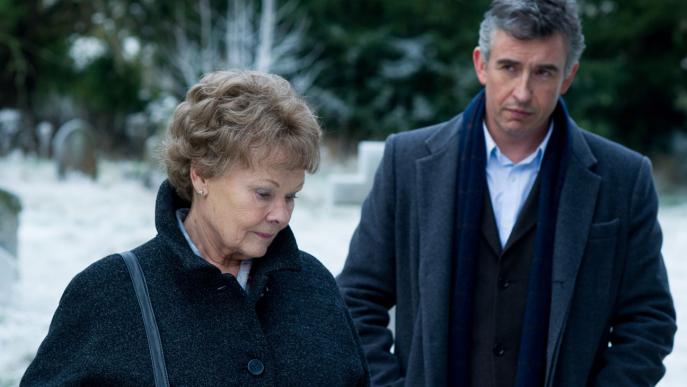 
If you are Irish, you will be familiar, either personally or at second-hand, with the casual violence and brutal control that was a part of so much Irish education and social care in the twentieth century. It is a story of institutionalised abuse at the hands of the outwardly devout with the collusion of government agencies, and one that has discredited many hitherto powerful religious orders. A wide-ranging investigation, undertaken by the Ryan Commission, received testimony from hundreds of witnesses and reported in 2009; its findings make a shocking and distressing read.

In addition to all of this, and just to add a layer of horror to the Irish abuse scandal, certain religious orders were engaged in shocking practices of enforced adoption, effectively selling the children of unmarried mothers to rich foreigners with what was likely to be coerced parental consent. This does not appear to have received quite as much publicity outside Ireland as the sexual and physical abuse scandal, and this film goes some way towards changing that.

Philomena is a nurse and mother, an Irish woman living in Britain. Tipsy one Christmas, she blurts out her secret: she has a son, born out of wedlock in 1952, who was sold to rich Americans by the convent that provided a form of home for her during her confinement. Philomena’s daughter manages to interest the journalist Martin Sixsmith in the story. Sixsmith finds an editor who will fund such a human interest piece: the struggle of an old Irish lady to find her lost child; how she was just an innocent girl, ignorant of the facts of life, subject to the vicious cruelties and sublimated controlling sexual desires of ‘evil nuns’ (as they are referred to repeatedly in the script, with only a certain irony). Philomena is the dramatised version of her attempts, with Sixsmith’s increasingly engaged support, to find her son.

The film is an adaptation of Sixsmith's non-fiction narrative investigation, The Lost Child of Philomena Lee. The key differences that I have been able to identify are that the film makes Sixsmith a participant character, and that the focus of the story becomes the mother's search for her child. By these changes, some of the scope of the book is cut out.

One of the things covered in the book but missed from the film is that the nuns were not the only people who tried to control female desire. In the print version of the story, we learn that Phil's 'floating on air' encounter with the handsome young man from the Oifig an Phoist was not a one-night-stand, but a potentially serious relationship that was nipped in the bud by the jealous, controlling intervention of her guardian. This woman had been frustrated in love and was driven to visit the same miseries on the next generation. It seems like a small detail, but what it shows is that the mania to use power to control sexuality was not confined to the religious. The obsession with sex was not so much Catholic as Irish Catholic. After all, Italy is a so-called 'Catholic country', but one with attitudes to sex and sexuality that are very different from those prevalent in Ireland at the same time. It has also been suggested (by the academic and writer, Paul Michael Garrett) that the roots of the pressure to regulate sexuality in Ireland come from economic, not moral or religious causes, from the need to control inheritance in an agricultural society.

There is another thing that is clear in the printed version and is missed from the film: the political context of the 1950s that Sixsmith deftly weaves into the story of Philomena's search for her son. The Irish Church at the time was not without its domestic critics, and growing pressure for reform of Ireland's adoption practices in the post-war period led to the Irish Adoption Act of 1952, before which the country had been in the retrograde position of not having any framework to regulate adoption (hence the abuses portrayed in this film). This is important, because without the evidence of critical Irish voices, all of the Irish in this film are either victims or abusers (a long-standing stereotype) and so I think it is fair to raise questions about how the Irish (and religious figures) are represented in this film, a largely British take on an Irish question.

Nonetheless, this is a heart-breaking piece of film-making. How could it not be, when the material is so compelling and the story at its centre so appalling? I wept profusely throughout, sobbing on a number of occasions; this may be because in role Judi Dench bears a striking resemblance to my own mother (whose Christian name also happens to be Philomena, and who was born in the same part of Limerick), and I have a child about the same age as Philomena's little boy was when he was spirited away.

There are some stagey moments (including an EastEnders style denouement in the nunnery, complete with a gratuitously spluttering priest straight out of Father Ted), but it would be churlish not to acknowledge the disquieting power of this film to stay with you and trouble you days after watching it. It is just a shame that the script (an otherwise sensible take on Sixsmith's book) cannot quite avoid the consequences of a fascination with an invented gothic otherness of Ireland. This exposes some aspects of this piece to the criticism that it is less a committed re-telling of a real woman's real pain than another opportunity to reproduce some long-standing stereotypes about Irish people.