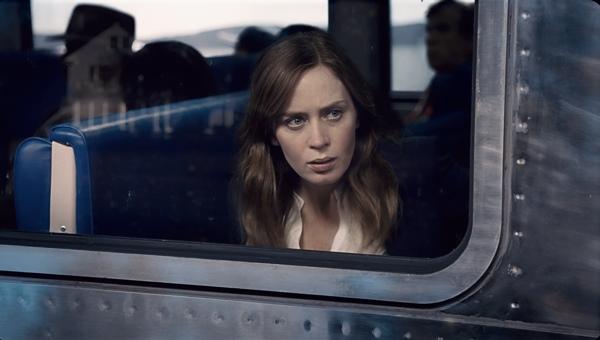 The reviews of Tate Taylor’s adaptation of Paula Hawkins’ bestselling novel all seem to be variations on a theme: Emily Blunt is great in the lead role, but otherwise the film is unoriginal, predictable and generally lacks substance. Stephanie Zacharek sums it up in Time magazine: ‘For a supposedly dark thriller, The Girl on the Train is just so damn reasonable.’

I can’t disagree. However, I will argue the case for the defence, daring to venture some excuses for the film’s flaws and suggest that it might still be worth two hours of your time.

Let’s start with Emily Blunt. She is terrific, even if she is a slightly odd choice for the role. The events of the book are moved from London’s commuter belt to Manhattan’s, and its British characters replaced with American ones... with the exception of Rachel, who keeps Blunt’s native accent. It’s a minor distraction, but perhaps only because there’s little else to take issue with in her performance as a downbeat, suspicious, functioning alcoholic, desperate to find some new purpose in her life after a bitter divorce.

But the character we meet in the film isn’t quite the same as the Rachel of the book: it’s as if a decision was taken to make screen-Rachel a little less broken and a little more heroic. Book-Rachel is more of a narcissist and comes a lot closer to self-destruction on a more regular basis – more alcoholic, less functioning. The film side-lines the role of her housemate, Cathy, who is very much an authority figure in the book, the person who imposes the only order that Rachel has in her life. This implicitly credits Rachel with more control of her own life. The same effect is created by the absence of any mention of Rachel’s mother, who is not an active character in the book but still someone to whom Rachel feels accountable.

So while screen-Rachel is still in pretty bad shape, she is arguably further along the vice-virtue spectrum than her literary counterpart. I suspect this came from an understandable desire to cement her as the film’s protagonist despite her flaws, someone to root for in spite of her terrible decisions. The effect of this, as Zacharek suggests, is that the film sacrifices the book’s perilous landscape, riddled with the faultlines of Rachel’s behaviour, in favour of more navigable terrain – all of the characters seem to be on something of a level playing field of suspicion, culpability and likability, or perhaps dis-likability.

This is detrimental in that it flattens Rachel’s character arc, but is has the positive effect of creating tension, and so this still has the makings of an effective whodunit. The benefit of a more stable Rachel is that she is a stronger surface against which everyone and everything else rubs in order to create the friction of the story. This is important when the details of the central event of the story are necessarily in a black hole for much of the film – the drama has to be found elsewhere. While it’s a long way off being a serious character study, the facial close ups that take up much of the screen time do sufficiently invest the audience in the story’s main players and make us wonder whose mask is going to slip, which is just about enough to give the story momentum.

I doubt anybody involved in this film will look back on it as a highlight of their career, but nor will they wish to erase it from the reels of cinematic history. And I would argue that it is more entertaining to watch than the book is to read. There have been comparisons between The Girl on the Train and Gone Girl, but aside from the obvious fact that they are both adaptations of a successful book, such comparisons aren’t really warranted – Rosamund Pike gave a better performance in a better film which was a better adaptation of a better book. If you really are looking for a thriller, and a character that makes you think twice about what is reasonable, look in Gone Girl’s direction.

St Henry Morse SJ: ‘A saviour of life unto life’
Alfred Delp: committed to Christ
Ignatius and the Stars
Preparing for the Synod: Listening to the gospels
‘The Fight Between Carnival and Lent’