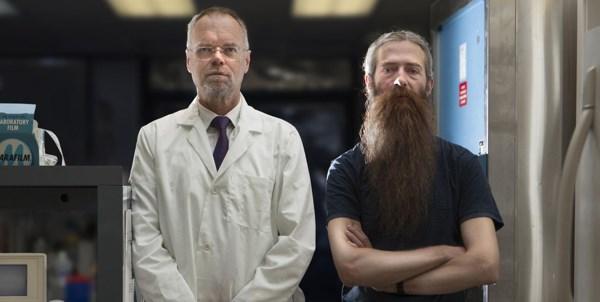 ‘If, at the age of 25, you could take a pill that meant that after that you never aged, would you do it?’ This was the question posed by the directors of The Immortalists (Jason Sussberg and David Alvarado) to those attending its premiere at the BFI London Film Festival. And by ‘never’ they meant just that – not in a thousand, or one hundred thousand, or ten million years. If you took this pill you would, at the end of all that time, still have the body of a 25-year-old. Although you would be a 25-year-old with ten million years of human experience. So: would you take the pill?

The response of the audience that evening was a divided one, about half saying ‘Yes’, half ‘No’, with only a very few opting for ‘Don’t know’.  Oddly, the film for the most part skirts the question of the value or otherwise of this kind of eternal life. It is a documentary exploring the work, but also the lives and characters, of two scientists who are at the forefront of current research into combatting, and if possible reversing, the ageing process in human cells. One is Dr Bill Andrews, an American runner of ‘ultra-marathons’ – races that cover, over several days, more than one hundred miles in the Himalayas and elsewhere. The other is Dr Aubrey de Grey, a Cambridge professor with a magnificent beard and a penchant for beer and punting.

The science behind this quest to defeat death is presented clearly. Each human cell contains 23 pairs of chromosomes, which carry the genetic information needed for the cell to reproduce itself. These chromosomes are likened to bootlaces and, like laces, have structures at their ends which prevent them from unravelling. But each time the cell divides, these structures, which are called telomeres, get shorter. When they finally disappear altogether, the cell can no longer reproduce itself and eventually dies. When enough of its cells meet this fate, an organism– in this case the human being – will succumb to one or other of the diseases typical of old age.

At this point, though, the approaches of the two scientists diverge. Bill Andrews is looking for a way to regenerate the telomeres. If this can be done, the cell can theoretically reproduce itself an infinite number of times, and the organism will no longer age. Aubrey de Grey, by contrast, has noted that the one group of cells which can currently reproduce indefinitely in this way (and in the process escape the body’s normal control mechanisms) are those responsible for causing cancer. He is therefore trying to block telomere regeneration completely, believing that if we can thus prevent cancer, most other causes of ageing and death can be combatted by changes in lifestyle.

The film is as interested in the characters of these two men as it is in their research. Both have elderly parents, and Andrews is very clear that one of his key motivations is to find a cure for ageing before his father is overcome by his incipient Parkinson’s disease. Although his father is still alive when the film ends, Andrews’ research assistant and former school-friend has died of a sudden cancer. De Grey’s life–partner is a woman much older than himself. He is shown in the film, though, entering into relationships with two other women, arguing that the prospect of living forever must radically change our notions of fidelity and sexual morality. The film ends with the death of his mother, and him donating the proceeds from the sale of her house to the research institute that he has founded.

Various other characters appear in the course of the 80 minutes of The Immortalists. Leonard Hayflick was the first to demonstrate that telomere diminishment limited the number of times that a cell can reproduce. He roundly condemns the approaches of both Andrews and de Grey. Sir Colin Blakemore, a British neurobiologist, is shown debating with de Grey at the Oxford Union. Almost alone in the film he highlights some of the ethical issues that such a scientific breakthrough might raise. If one generation of humans was to live forever, would it still want to have children? If so, the world would very soon be unable to support such a burgeoning population. Yet are we ready to forego reproduction in the interests of personal immortality? Blakemore wins the Oxford debate, but is given no time to develop his critique.

There are indications in the film that many in the scientific community regard the work of de Grey and Andrews with extreme scepticism, and see the men themselves as little more than crackpots. The film-makers remain scrupulously neutral in their portrayal, letting each of the scientists present his case free of judgement. The result is a film that is certainly thought-provoking – would you take that pill? – but ultimately a little unsatisfying. Are these two, as they believe, actually on the brink of a breakthrough that will mean that there are some people alive today who will never have to die? And if they are, how should we react? The Immortalists may well stir up this kind of debate. Frustratingly, it doesn’t offer quite enough material to be able to begin to answer such questions productively.