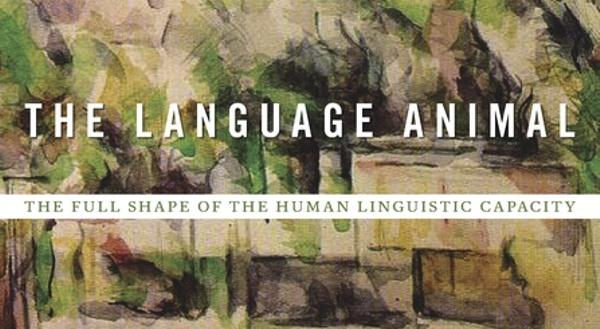 Around the age of three I was in deep disagreement with my mother about the existence of the French language. With all the intensity needed for a bad argument, I maintained that French couldn’t exist since a saucepan was a saucepan, and consequently could not be whatever word it was the French couldn’t have. Years later, language turned out to be more interesting, rich and complicated than I had thought – or imagined. Indeed my argument was conducted in ‘language’. Charles Taylor’s[i] ‘argument’ in his new book (a delightful if stiff read) is that we humans are language animals whose language has a very wide range. What follows tries to give a flavour of Taylor’s approach, and to note its significance for ‘culture’ and ‘religion’.

Crudely, the descriptive view of language (Hobbes, Locke and Condorcet) was that ideas representing external reality were themselves represented by words, the words themselves being arbitrary. However, language predates both words and our ‘explanations’ of words. Indeed language, deeply part of consciousness, makes reflective questions and creativity possible. Language is constitutive of what it is to be human. Out of this conviction, another trio emerges (Haman, Herder and Humboldt), which Taylor both champions and expands.

Taylor’s argument is that language is constructive and constitutive of how we are in the world. It is wonderful that language encodes information, but language also generates a descriptive vocabulary – and is itself expressive. Moreover, language is more than individual words. It emerges not only within an individual but in a human milieu: ‘the matrix of language is conversation’ (p.58) and conversation involves joint attentiveness. Taylor’s concern is that elements of the descriptive approach, even if transformed, persist in our cultures and limit our sense of what it is to be human. At worst the descriptive approach is reductive and more empiricist than empirical. Adequate accounts of language need to include what reductionist interpretations, in different ways, omit. Although published too late for Taylor to include, Rowan Williams’ recent Gifford Lectures cover a similar terrain from a different base.[ii]

For Taylor, ‘figuring’ is about ‘figuring out’ using metaphors, whether the metaphors are one-offs or apply over a wide range of activity – ‘journey’ and ‘balance’ for example. Metaphors aren’t arbitrary, otherwise we couldn’t recognise them. And they take us further. Metaphors do more than give colour to our speech, or register subjectivity. They raise moral and ethical issues. When, if at all, is it appropriate (Taylor’s example) for the chairperson to ‘plough’ through the agenda? Metaphors have a place in science: Maxwell got somewhere by imagining an electrical field as an incompressible fluid (p.158). That metaphors are sometimes indeterminate allows them to have real heuristic capability.

Metaphors are one way of articulating meaning. This is notably so when we wonder about genuine relationships, look for rightness or wholeness in our lives. Language gives us a social footing, and the language we have and develop changes that footing. We desire, search for and discover human meanings. Without some articulation of these desires we can’t imagine what we seek, or be aware of what we find. Individually, socially and politically, finding the ‘right’ word matters.

‘How do we learn to describe our world as full of meaning, or flattened, deprived of meaning?’ is a great question. But we do experience felt intuitions, and ‘This shape of experienced meaning doesn’t precede articulation, but comes about through it and with it.’ (pp. 187, 188). Experience and expression are interwoven, outer and inner are interconnected (p. 231). So language is clearly constitutive, part and parcel, of what is happening. And metaphor is also involved in establishing a ‘footing’ in our world, a new way of being and relating personally and politically. Think of the history and the contemporary use of the word ‘democracy’.

There are language uses (not only employing metaphors) which are about portrayal or representation rather than assertions. Symbols portray or hold meanings in a more embodied way than allegory, where we identify the allegorical elements like crossword puzzle clues. Here the bodily nature of expressive language (speech inflections, gesture, musculature) becomes clear and we find language shades off into diverse art forms – novel, poetry and art. So, ‘Specialized, pared-down languages, stripped of their human meaning, may be ideal for certain important purposes, but these austere modes cannot provide the model for human speech in general. That is one of the main messages of this book.’ (p. 288)  To get an amiable footing on our world would be in part a linguistic triumph.

Language involves words, symbols, sentences and, indeed, stories. Moreover, narratives are not reducible to some general truth or assertion, any more than poetry can be reduced to a prose content. Indeed, novels give ‘a non assertive portrayal of human life’ (p.299). Of course a text, the scriptures or a novel, needs commentaries. But the commentary can’t replace or usurp the text. Narrative also matters in ordinary life.  When we have come to some conclusion about our own lives we’re likely to say, ‘I am confident of the conclusion because of the way I got there.’ (p. 301). Narrative, the stuff of experience, is indispensible.

To me this is clearly right and useful in many contexts. For example, when reading the scriptures, narratives can help the understanding of otherwise ‘hard’ texts. Jesus’s narrative-free saying, ‘whoever denies me before others, I also will deny before my Father in heaven’, (see Mt 10:33) is apparently light on reconciliation and forgiveness. It is revealing to put this saying alongside the Johannine narratives of Peter’s denial of Jesus (John 13:36-38; 18:12-26) and Jesus entrusting Peter with the care of lambs as well as sheep and calling him to, ‘Follow me.’ (John 21:1-19). Sometimes, it seems, we are saved by narrative.

A sense of the ‘full shape’ of language can delight in the integral value of, for example, ‘science’ and ‘economics’ in a way that is neither exclusive nor reductive, or what a friend of mine called ‘nothing but-ism.’. Taylor’s sense of language has a good, clear social and political dimension. And it allows space for a theology and a religion which is imaginative, sensitive to the full range of language and not subject to reductive drift. As Séamus Heaney put it in 1991, ‘My language and my sensibility are yearning to admit a kind of religious or transcendental dimension. But then there’s the reality... the complacency and the utter simplification of these things into social instructions. That’s what’s disappointing.’[iii] A similar view was expressed by Taylor in an earlier work: ‘What Vatican rule-makers and secular ideologues unite in not being able to see, is that there are more ways of being a Catholic Christian than either has yet imagined.’[iv] At times, ‘imagined’ is a beautiful word.

Taylor’s style is spiral, somewhat helical – the argument is frequently returned to ‘later’. This may be engaging but it’s a little like running up (or down!) a spiral staircase. Dizziness beckons. However, the cumulative effect is strong and no doubt will continue in the proposed companion volume which will explore the post-Romantic tradition on poetic language. Illumination also beckons.

After Humanity: A Guide to C.S. Lewis’s The Abolition of Man